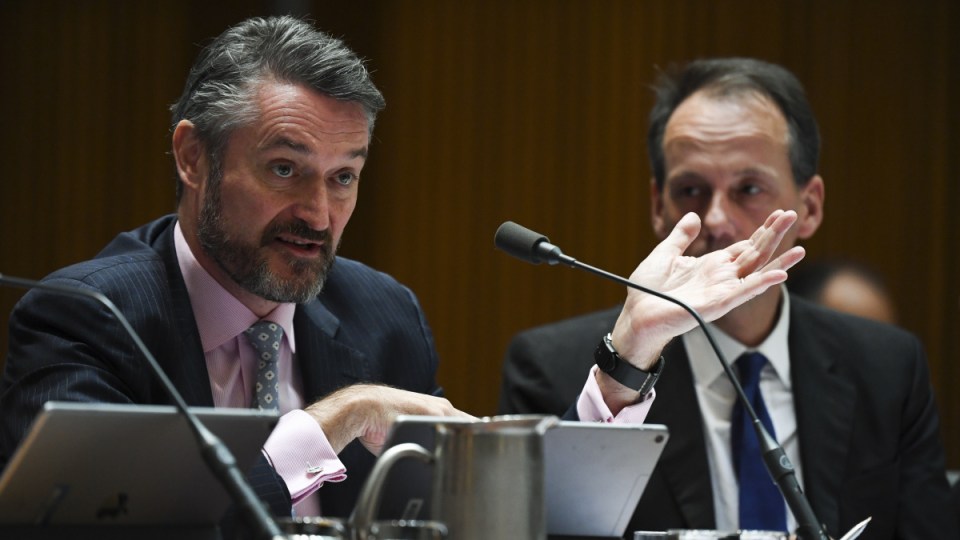 The deputy chair of Australia’s corporate regulator ASIC has sensationally quit in the face of a mounting scandal over misuse of taxpayer funds, just days after standing aside pending an investigation.

It’s just the latest in a growing clutch of questions about government spending, which has reignited calls for a federal corruption and integrity body to proactively investigate such issues.

It was revealed last week that Daniel Crennan, deputy chair of the Australian Securities and Investments Commission, had claimed nearly $70,000 from taxpayers to cover his rental costs in Sydney. It came after ASIC chair James Shipton claimed $118,000 for personal tax advice, including on international tax payments, after he moved from the US back to Australia in 2018.

The ASIC executives agreed to pay back the money, and both also stood aside as a federal government investigation looked into their spending. But on Monday, Mr Crennan said he had decided to quit entirely.

He claimed he had been intending to retire in July 2021 anyway, but that “in the current circumstances, I have decided that it is in the best interests of ASIC for me to resign now”.

“I have therefore tendered my resignation to the treasurer with immediate effect,” Mr Crennan said in a statement.

ASIC had agreed to pay costs for his relocation, including a rental allowance, when he moved from Melbourne to Sydney in 2018. Mr Crennan said he believed his payments were consistent with policy, but following ANAO scrutiny, he said he asked ASIC to stop paying the allowance.

Treasurer Josh Frydenberg is now under pressure from Labor about exactly when he learned about the ASIC scandal. He said in Question Time on Monday that the ANAO had written to him on September 15, advising him that the auditor-general would be writing him a further letter about concerns over “payments” from ASIC.

Mr Frydenberg said that second letter arrived only on October 22, and once armed with more details, he ordered an investigation that day. The same day, Mr Shipton and Mr Crennan stood aside.

Labor’s shadow treasurer, Jim Chalmers, alleged Mr Frydenberg had “sat on that information for more than a month” – a characterisation the Treasurer denied.

The outrage over ASIC is only one of several government spending controversies aired in the past week. It joins separate questions over Australia Post spending nearly $20,000 on Cartier watches as a reward for top employees, and ongoing scrutiny over the vastly-inflated $30 million Leppington Triangle land deal.

Each of these issues cover different issues, from land acquisition by a federal department to discretionary spending by a government-backed business.

But each have bolstered growing calls for a national integrity or anti-corruption body, of the type that scrutinises state politicians and authorities. The robust NSW Independent Commission Against Corruption was in full view in recent weeks, as it shone a spotlight on business dealings from former state MP Daryl Maguire.

On Monday, a collection of federal independent MPs joined forces to push a bill from Victorian politician Helen Haines to create an Australian Federal Integrity Commission.

Strong. Independent. And with all the powers it needs to do its job properly. That’s the Integrity Commission we need and that’s the model I put forward today. Thanks for your support @WilkieMP #BringOnDebate https://t.co/bvq0mzT8HN

Ms Haines, the member for Indi, said her proposal was stronger than that being considered by the government, but had important protections to prevent innocent reputations being sullied.

“My bill is practical and balanced. It contains none of the weaknesses in the government’s proposal and includes new safeguards to protect against the shortcomings of state models. This includes legitimate concerns about personal reputations being trashed for no reason,” she claimed.

Ms Haines said the Australia Post, ASIC and Leppington issues could be investigated under the model she proposes.

“Any member of the parliament, any good decent public servant who sees something going wrong, could make that referral into the commission with full whistleblower protection,” she told The New Daily at a press conference.

Ms Haines said she had consulted heavily with Coalition and Labor MPs in developing her bill. She will need several Coalition members to support her bill, to even have it brought on for debate in the parliament, let alone a vote.

“Like the Australian people, I’ve lost patience after watching rolling scandals and nothing coming of it – except diminishing trust in politicians when we most need it,” Ms Haines said.

“It is neither a star chamber nor a toothless tiger – it’s the robust and independent body we need now more than ever.”

It was revealed on Monday that the Australia Post investigation would scrutinise the wider culture and spending at the government business, including the watches scandal specifically but also how the business generally spends its money.