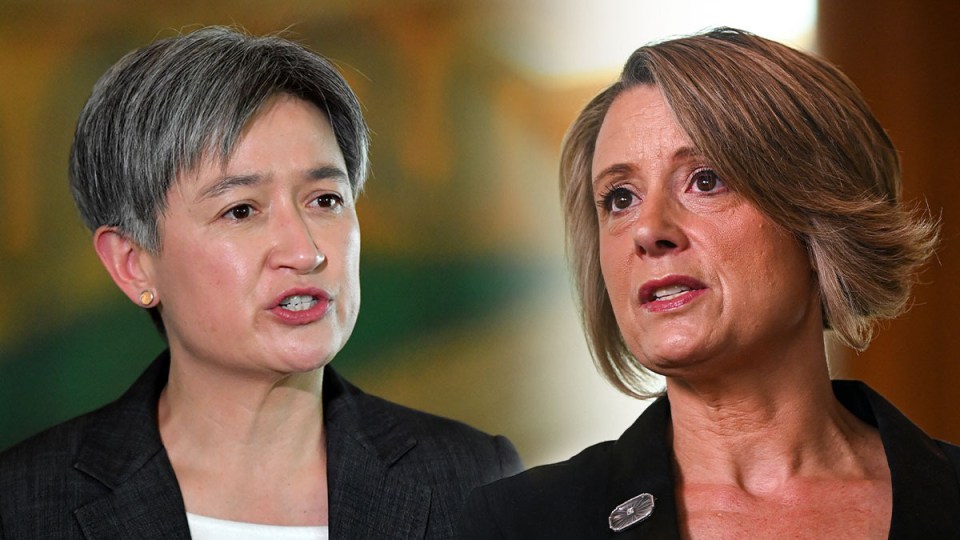 Corruption claims, cash for visas connected to a disgraced politician ousted as a premier’s secret lover, and more evidence on the suspicious overpayment for airport land.

It’s hard to believe so many scandals could fit into one single day of Senate estimates. But Labor senators raising the claims against the Coalition on Monday did their best to pack in as many punches as possible.

Among the revelations was news that federal immigration officials have opened an investigation into disgraced former NSW MP Daryl Maguire’s “cash for visas” scam.

The inquiry will – among other things – attempt to find out whether federal politicians were involved in the rort.

Meanwhile, the infrastructure department reported a staff member had been stood down and more workers were under scrutiny with no fewer than four investigations into the $30 million Leppington Triangle land purchase.

In the controversial deal, the federal government paid $30 million for a block of land for Western Sydney Airport that was later valued at just $3 million.

Senate estimates hearings can often be dull, but not so on Monday.

Disgraced former NSW MP Daryl Maguire is already under investigation by the state’s ICAC, but he now faces fresh scrutiny from the federal Home Affairs department.

Last week, after his secret five-year relationship with state premier Gladys Berejiklian was revealed, he admitted to running his political office for personal benefit, including a ‘cash for visas’ scheme for Chinese nationals.

As part of his G8way International business, Mr Maguire’s company set up foreigners with potentially dodgy work visas through businesses in his electorate of Wagga Wagga, netting up to $20,000 per placement.

He also admitted an “essential element” of the scheme was lying to federal immigration officials.

“We have been checking,” Mr Pezzullo said, before saying he had “seen some preliminary advice to that effect”.

“As is the case with federal and state and territory members, occasionally representations are made, either directly to the department, either by way of direct reference to me or to officers within the department, or by way of federal members of parliament,” he said.

Mr Pezzullo said his department was “cross-referencing” ICAC revelations against its own records, and would “work in parallel” with the corruption body.

“I’ve asked for further particulars to be established in that regard,” he said.

“His name does come up in departmental records, as a correspondent.”

Nearby, in a separate Parliament House committee room, another Labor senator was grilling federal officials over the purchase of land at Western Sydney Airport for 10 times its actual value.

“I actually find it gobsmacking,” Senator Penny Wong said of the deal.

Purchased in 2018 from Leppington Pastoral Company, which is owned by billionaire brothers Tony and Ron Perich, the $30 million block was the subject of intrigue since a blistering auditor-general report in September.

It was revealed last week that the purchase is the focus of an Australian Federal Police investigation “to identify potential criminal offences”.

On Monday, infrastructure department secretary Simon Atkinson said a staff member had been stood down and three internal probes had been launched into the matter.

“I want to get to the bottom of what happened, which is why I’ve called in an independent auditor of my own,” he told the Senate committee.

Mr Atkinson said he had planned to refer the matter to the AFP, but the audit office had beaten him to it. He said he believed criminal activity might have occurred.

“What it looks like is people tried to cover it up when the audit office came asking questions,” Senator Wong said.

Mr Atkinson, who became department secretary after the 2018 deal was finalised, said he wanted to sort out the issue.

It seems like someone set out to spend $30 million when all along the Leppington Triangle land was only worth $3 million.

The more we know, the more questions there are about the dodgy Western Sydney Airport land deal.#Estimates pic.twitter.com/7ELlSQ5wsm

When asked how much the department had originally budgeted for the purchase, the secretary said it was about $30 million – meaning that the tenfold price might have been baked into the department’s estimates and projections from the beginning.

“What that suggests is the cost estimate was inflated and then the process was engineered in order to enable the full budget provision to be expended,” Senator Wong said.

Mr Atkinson said that was “speculation” and he couldn’t comment.

Senate estimates continues for the next two weeks.