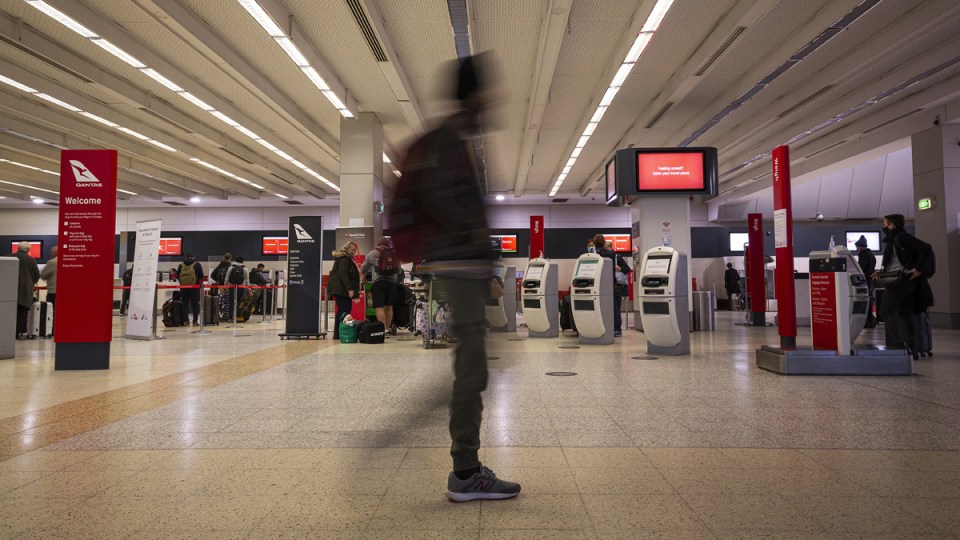 Airlines do not check that passengers have the correct paperwork for their destinations.

Australia’s travel bubble with New Zealand may be about to pop just days into its operation, with two premiers furious after dozens of Kiwi visitors travelled on flights to states not signed up to the agreement.

At least 55 New Zealanders have made their way to Victoria, and another 25 are in Western Australia, despite both states declining to join the bubble plan that allows entry to foreigners.

Opening another battlefront with the federal government, Victorian Premier Daniel Andrews said he was angry at the situation. However, acting Immigration Minister Alan Tudge said the state government was specifically told this could happen.

Under the federal plan, which came into action last week, Kiwis could enter NSW and the Northern Territory after those governments said they’d be happy to accept visitors. But dozens of passengers were apparently allowed to make their way on to Victorian and WA on connecting domestic flights.

Mr Andrews vented his fury at the weekend, as an initial list of 17 such NZ passengers on Saturday grew to 55 on Sunday. He said state authorities had scrambled to locate and contact the Kiwis, saying he was worried they might not know the state’s tough COVID lockdown rules.

“We cannot just have people wandering into the place from another country,” Mr Andrews said.

“What  do you think the chances are of people coming from another country that have made their way to Victoria unbeknownst to us, observing all of the rules that we have?”

Victoria had just three COVID cases over Saturday and Sunday, while New Zealand also had a small handful.

While it is permitted for people to cross from NSW into Victoria or WA, Mr Andrews said he was unhappy at international visitors being allowed to do so after he had declined the federal offer to join the New Zealand bubble.

“If none of this matters, why were we asked ‘do you want to be in the bubble?’,” Mr Andrews said.

“People in Victoria cannot move around their own state yet people can from Auckland? And move around without a briefing? Have a freedom of movement, as it were, that actual Victorians don’t have? Absolutely not.”

However, Mr Tudge said the Victorian government was told this could happen, saying the state’s chief health officer Brett Sutton attended a federal health committee meeting where the issue was debated.

“The Victorian government was present when it was discussed, they were made aware that this was going to occur, they raised no objections in the meetings and furthermore, expressly authorised individuals who were arriving into Sydney from New Zealand to be able to on-travel into Victoria,” Mr Tudge said on Sunday, before Mr Andrews’ 11am media conference.

Professor Sutton confirmed he was at the meeting, but did not attend all of it, saying he missed the part where the bubble was discussed.

Later, Mr Andrews claimed it took too long for federal officials to pass on details of the arriving Kiwis.

The Premier said state authorities would contact the arrived New Zealanders to make sure they were healthy and aware of the state’s rules, claiming they could pose “significant harm”.

On Sunday night, the state health department advised all 55 had been found and provided with up-to-date COVID information. At least four were not in Victoria by the time they were contacted.

Responding to Mr Tudge’s claims, the Premier hit back: “Instead of stubbornly defending this, work with us and let’s make sure Victoria is not part of a bubble we never agreed to be in.

“To say that people were quite surprised that we found ourselves in this bubble despite the fact we had said we would not be, would be an
understatement,” he said.

But just minutes later, Mr Tudge fired out a tweet saying it is “completely within control of state governments” to deal with the issue.

Vic knew of NZers coming to Melb via Sydney.

The Premier’s own department authorised people to do so.

It is completely within control of state governments to determine who comes into their state. Eg: WA works with airlines so people in Sydney can’t fly to WA without a permit

WA Premier McGowan was less angry at the Kiwis arriving in Perth, but said their unexpected arrival was less than ideal. WA’s hard border policies mean those people will have to do two weeks hotel quarantine.

Mr McGowan said that meant there were fewer quarantine spots available for Australians trying to return from overseas.

“That means that there will be 25 people less coming from more vulnerable locations as a consequence of this,” he said.

The Premier said “border-hopping” between NSW, the NT and other states was a concern. He called on federal authorities to help.

“It would just be great if they were to better assist us in managing these things with appropriate information being provided to the state government about people who might be catching flights across state borders,” Mr McGowan said.