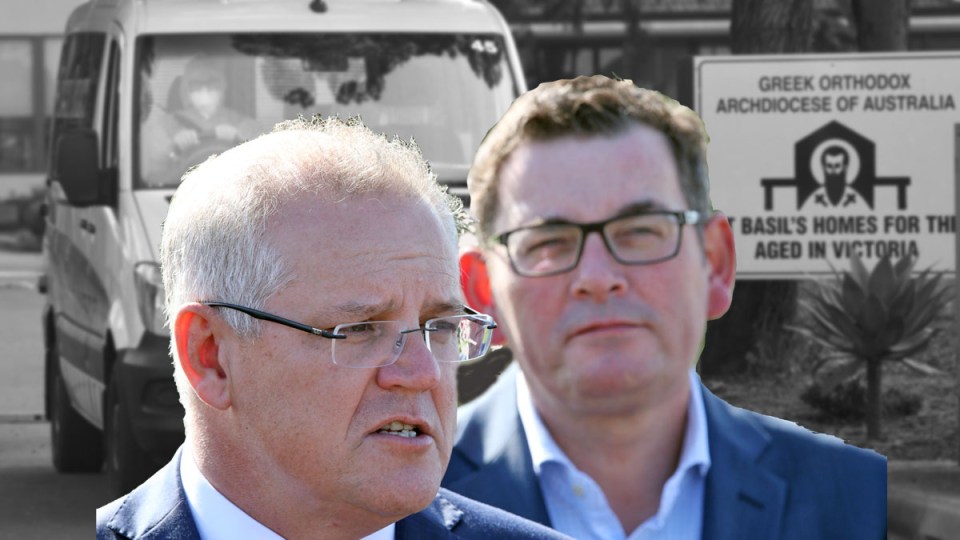 Victorians are getting their first taste of life out of lockdown on Monday after COVID lockdowns were eased, but Scott Morrison is still putting pressure on Premier Daniel Andrews to open up faster.

“Every day Victoria remains under restrictions to get the second wave in Victoria under control comes at a heavy cost,” the Prime Minister said.

Mr Andrews outlined the long-awaited relaxation of some of his heaviest lockdown rules on Sunday, including widening the five-kilometre travel limit to 25km, and scrapping the two-hour restriction on outdoor recreation.

Outdoor sport venues like tennis courts, golf courses, pools and skateparks will be allowed to open, as will hairdressers.

From 11:59pm 18 October, the 5km limit for exercise, seeing friends and family, and shopping will be extended to 25km.

To see how far you can travel, enter your full address including house number here: https://t.co/KdC9CXIdES #COVIDVic pic.twitter.com/wCRvbSOXMr

More rules, like removing the ‘four reasons’ to leave home and expanding capacity at restaurants, will be changed by November 1 –  possibly earlier, the Premier said, depending on case numbers this week.

The state logged just three cases over Saturday and Sunday.

“I’ve announced today what is safe but what will not undermine the efforts that Victorians have put in,” Mr Andrews said.

Other changes from Monday include the resumption of commercial real estate inspections and real estate auctions with 10 people; outdoor home maintenance including repairs, renovations and house painting; and other outdoor work like car washing, pool cleaning, mobile or home pet grooming, and outdoor photography.

Mr Andrews also promised “a full return” of allied health services, as well as the reopening of libraries.

“Victorians have done an amazing job over recent weeks and months,” he said.

‘Frustration and concern’ over Victoria lockdowns

The frosty relations between the federal government and Mr Andrews continued on Sunday, with Mr Morrison and his two most senior Victorian ministers – treasurer Josh Frydenberg and health minister Greg Hunt – saying the easing of rules needed to go further.

They said they “welcome” the changes, but called for a faster reopening.

“As we said at the time, it was regrettable such tough restrictions had to be implemented. It has been to the credit of Victorians that they have managed to adhere to these rules and we commend them for their commitment,” the federal trio said in a joint statement.

“Whilst the Premier’s announcement of the Victorian Government’s decisions today enable some businesses to return to a limited COVIDSafe operation, many remain closed.”

“We understand and sympathise with the frustration and concern expressed by businesses about the ongoing cost and impact on their jobs and livelihoods of this second wave.”

Mr Morrison and his ministers said an average of 1000 Victorian jobs had been lost each day of the lockdown. They also noted a spike in demand for mental health services, and the $31 billion economic lifeline extended to the state through JobKeeper, JobSeeker’s COVID supplement and pandemic disaster leave.

“The continued health, mental health and financial impacts of these restrictions will be profound on many Victorians,” the ministers said.

“That is why we encourage Victoria to move safely and quickly towards the NSW model of strong contact tracing and a COVIDSafe but predominately open economy.”

Another good day for Victoria. The three day rolling average for Vic is now below 2 cases. This is well below the Commonwealth Chief Medical Officer’s definition of a Covid hot spot (ie below 10 cases) & lays the foundation for a move to Covid Safe practices in line with NSW. https://t.co/MF7f5hFcpM

It came after Mr Hunt had called on Saturday for Victoria’s restrictions to be significantly eased, and brought into line with NSW, where businesses and public facilities are largely open.

Mr Andrews said Mr Hunt was not an epidemiologist and accused him of “playing games”, adding he would not be rushed in reopening Victoria.

The latest front in the ongoing battle was opened on Saturday after visitors from New Zealand made their way into Melbourne, despite Victoria not signing up for the trans-Tasman ‘travel bubble’.

The Premier called for the federal government to provide more help to the states, by notifying them of incoming international travellers and passing on their contact details if needed.