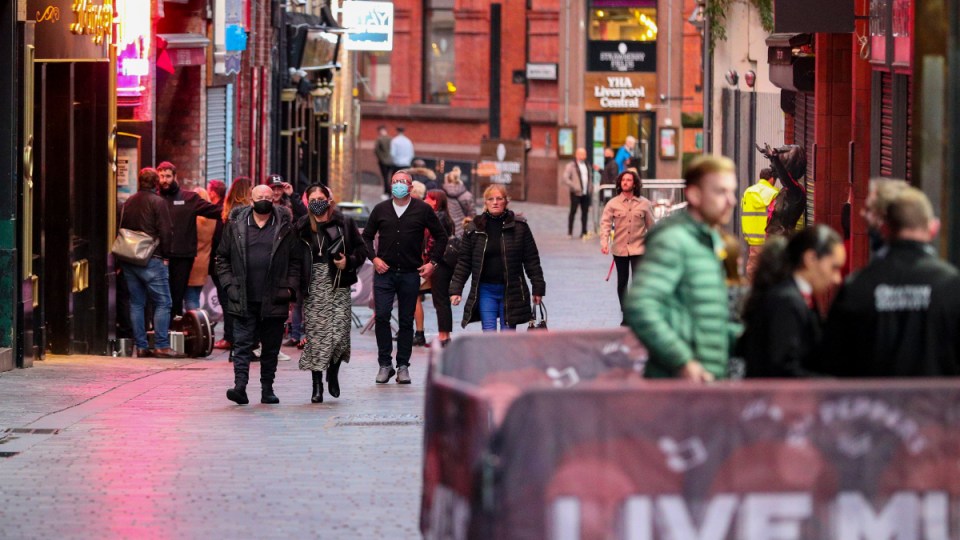 The streets of Liverpool, ahead of a new three-tiered system of virus restrictions Mr Johnson will outline on Monday, forcing pubs and restaurants to shut across the north of England. Photo: AAP

The United Kingdom’s hospitality industry is mounting a legal challenge to the government’s lockdown restrictions, aiming to stop its plans to close pubs and other venues to tackle the rise in coronavirus cases.

The Night Time Industries Association, a UK trade body, said late on Sunday the industry had taken legal action to prevent lockdown measures from being imposed.

The judicial review, reported earlier by the Financial Times, will argue that no evidence supports hospitality venues having contributed to the spread of COVID-19.

“The industry has been left with no other option but to legally challenge the so called ‘common sense’ approach narrative from government, on the implementation of further restrictions across the North of England,” NTIA CEO Michael Kill said in an email.

“These new measures will have a catastrophic impact on late night businesses and are exacerbated further by an insufficient financial support package,” the statement read.

Northern England has been particularly hard hit by a new surge in coronavirus cases that has forced local lockdowns, as students return to schools and universities across Britain.

Liverpool Mayor Steve Rotherham said on Sunday the government wanted to put his city and surrounding area in the category subject to the toughest restrictions, adding that the measures that would apply there had not yet been agreed.

Mr Rotherham said any announcement would need to include funds for businesses that were shut.

With Mr Johnson reluctant to repeat a national lockdown that would further hurt a struggling economy, the government is trying to contain both a surge in cases and growing anger in hard-hit areas.

England’s deputy chief medical officer Jonathan Van-Tam described Britain as being at a “tipping point”, saying the spread would soon translate into more deaths and that the country should act now.

Britain’s housing minister Robert Jenrick declined to detail the new measures but said they would focus on local areas.

“In addition to the basic simple rules that apply to the whole country, we are designing a framework for those places for where the virus is very strong,” Mr Jenrick told Sky News.

After weeks in which tests were often unavailable across much of the country, Mr Jenrick said local leaders would be more involved in contact tracing. There would also be more guidance on travel.

The government is expected to introduce a tier system to try to simplify the rules and the messaging.

Local leaders have complained for months that they were being left out of decision-making by what some called an overly centralised strategy.

“We’ve certainly not agreed with them. I think there is probably a large gulf at the moment between us and the government,” Manchester City Council leader Richard Leese told Times Radio.