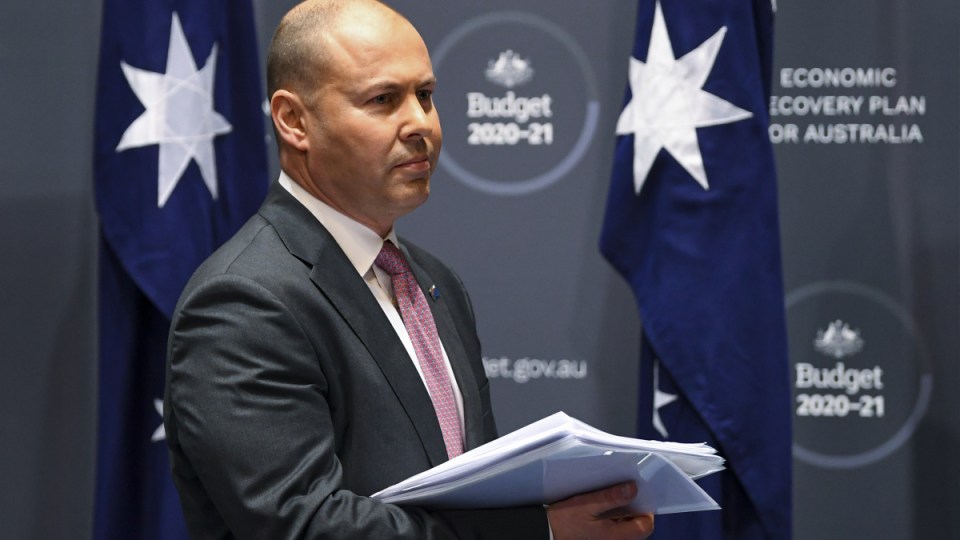 This is the 41st federal budget I’ve had some journalistic interest in, the 38th that I’ve had detailed responsibility for covering.

None has come anywhere near the spin and marketing BS of Josh Frydenberg’s second.

To attempt to pass off this year’s tax cuts as roughly double their actual size is close to fraudulent.

The attempt to hide the fat tax increase the government is proposing for most Australians next year is outrageous.

And such is this government’s media management talent – its biggest apparent talent – they largely got away with it.

Not for the first time, it points to the issue of trust: Can the Morrison/Frydenberg government be trusted to be honest with people, to be straight with us instead of treating every announcement as a marketing stunt?

In the inevitable search for a title to summarise Tuesday night’s effort, I propose “Frydenberg’s Whirling Dervish Budget”.

If you know your whirling Dervishes, you’ll realise that they’re all about spinning and faith.

Listening to the budget speech, I at first thought the Treasurer had made an embarrassing little blunder when he seemed to be comparing this year’s income tax with that of 2017-18. Surely nobody could try to multiply the stimulus required this year by adding on the rather lacklustre impact of 2018’s tax cuts.

“Under our changes, more than seven million Australians receive tax relief of $2000 or more this year.”

If 2017-18 didn’t quickly register, you were misled. As Josh Butler explains, this year’s tax cuts are about half or less of what the Treasurer was trying to claim.

There was worse news tucked away in the spin. The vast majority of Australians getting a little tax cut this year won’t be receiving it from the phase two of the government’s fabled tax revolution.

Their reduction only comes from the extension of the low-to-middle income tax offset (LMITO). Note carefully the way the Treasurer framed that announcement: “We will also retain the Low and Middle Income Tax Offset for an additional year.”

The LMITO is not part of the legislated phase two. Mr Frydenberg is only saying it will be extended for this year.

The Guardian’s graphmeister Greg Jericho wasn’t fooled by the government’s attempts to spin. He knocked up two graphs that show very clearly  (1) how much less tax you will pay this year compared to last year i.e. the extra money people with jobs will have in their pockets. 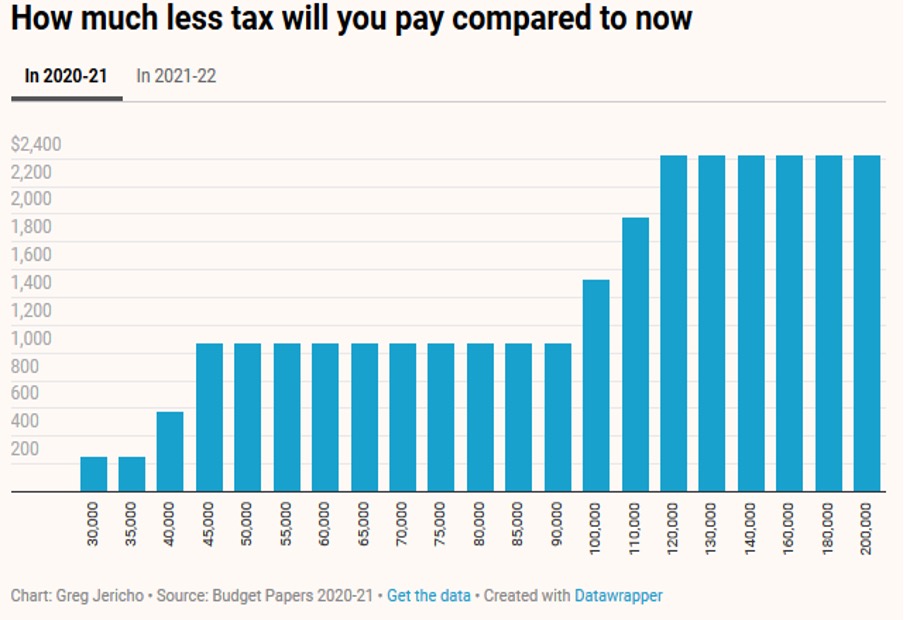 And (2) how much less tax you will pay next financial year compared with last year.

What Josh Frydenberg, spinning hard, doesn’t want people to notice is that the vast majority will cop an effective tax increase next year as the LMITO disappears. 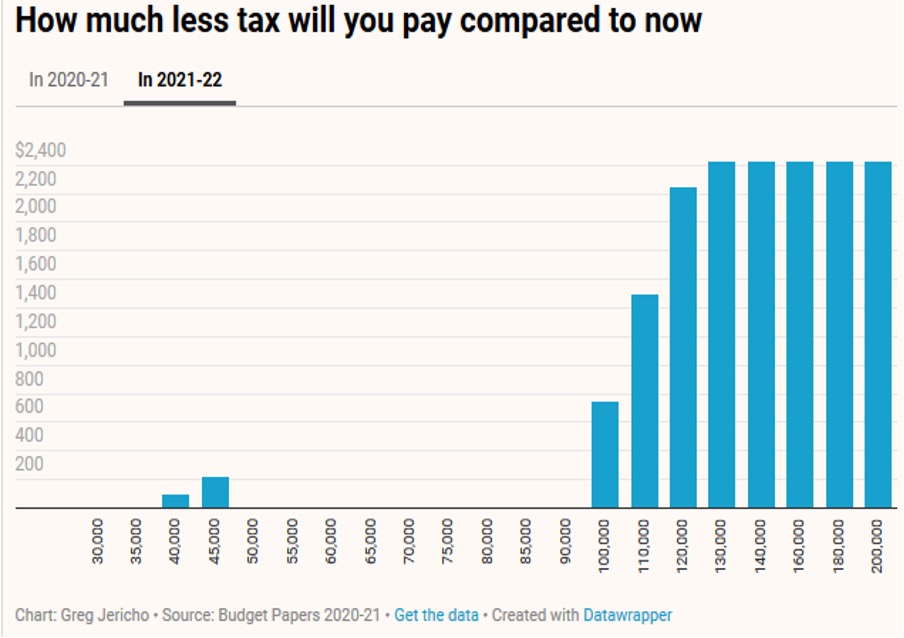 The phase two and – even more so – the legislated phase three tax cuts are not for ordinary people, but for those on six-figure taxable incomes.

The median full-time Australian wage is about $60,000 a year. The “millions” of Australians Mr Frydenberg was spinning about are getting stiffed.

This budget is supposed to be about jobs, jobs, jobs – but it remains highly doctrinaire, an animal of neoliberal faith.

As he demonstrated on the ABC’s 7.30 on Tuesday night, Mr Frydenberg was not capable of being honest with the nation and fessing up to a dozen years of Coalition rhetoric demonising debt and deficit being political lies.

Necessity has forced the government’s hand to spend and spend big – but beyond the programmed-to-expire JobKeeper and JobSeeker safety nets, that spending is primarily an experiment in subsidising business to create demand.

A brave decision, minister. A courageous one.

We’re yet to see a successful example of tax deductions creating investment demand on the scale necessary to overcome recessionary uncertainty and somehow create consumer demand.

Remember that Mr Frydenberg is forecasting household consumption will somehow soar by 7 per cent next financial year despite population growth stalling, unemployment being around 7 per cent and real take-home wages going backwards with an extra kick from a tax increase.

To see that would take all the spin and faith the most devoted whirling Dervish might manage.

Tim Colebatch, former Age economics editor, makes a case for this being the budget business wanted, for having a touch of the Trumps.

The problem with the perfectly good idea of immediate tax write-offs as a stimulus tool is that they only make sense if you’re making a profit you want to minimise.

In uncertain times, a business will tend to only invest if it can see more profit will quickly result – not for the sake of a tax deduction.

The tax write-back policy – effectively averaging past years’ profit over a current year loss – is a better tool, but standby for the two policies to be exploited.

Hot tip for a business with not much profit this year: Buy yet another new Hilux with the immediate write-off being enough to show a loss, enabling your accountant to grab the tax write-back to help finance the acquisition.

Somehow, for all the faith and spinning, this budget doesn’t add up to the sort of credible stimulus the nation needs, never mind the lost opportunities.

There’s plenty of talk about an early election next year. A government doesn’t go the polls a year early if it really believes the economy will dramatically improve the following year. 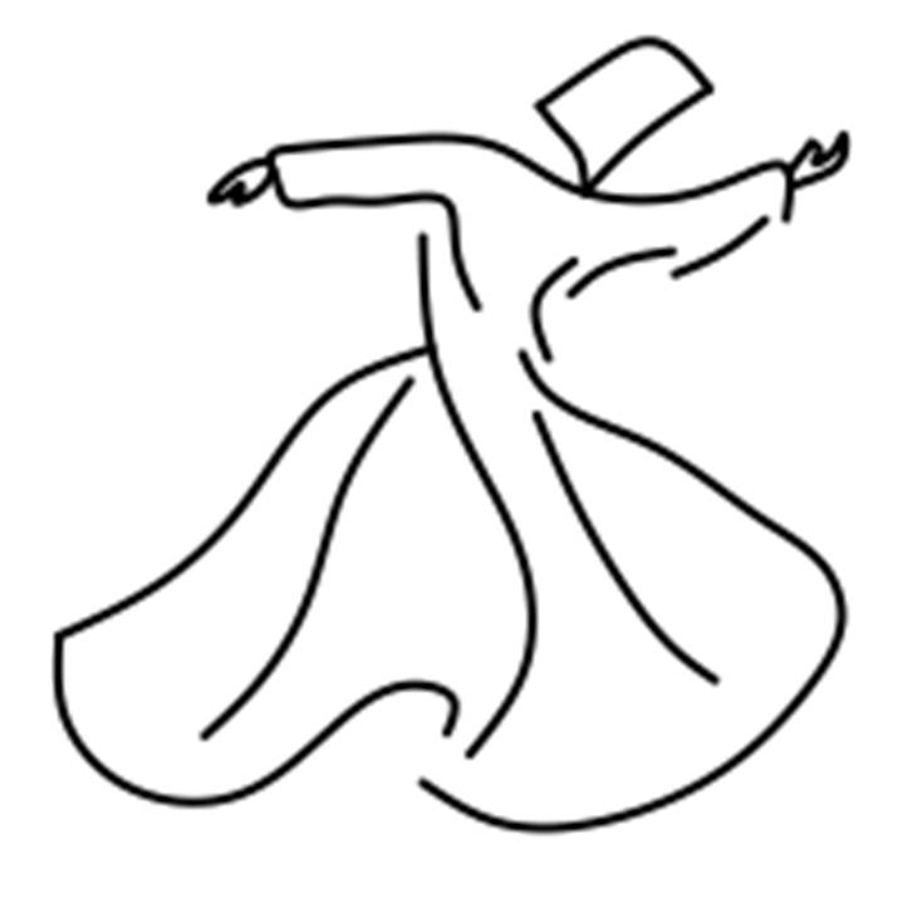