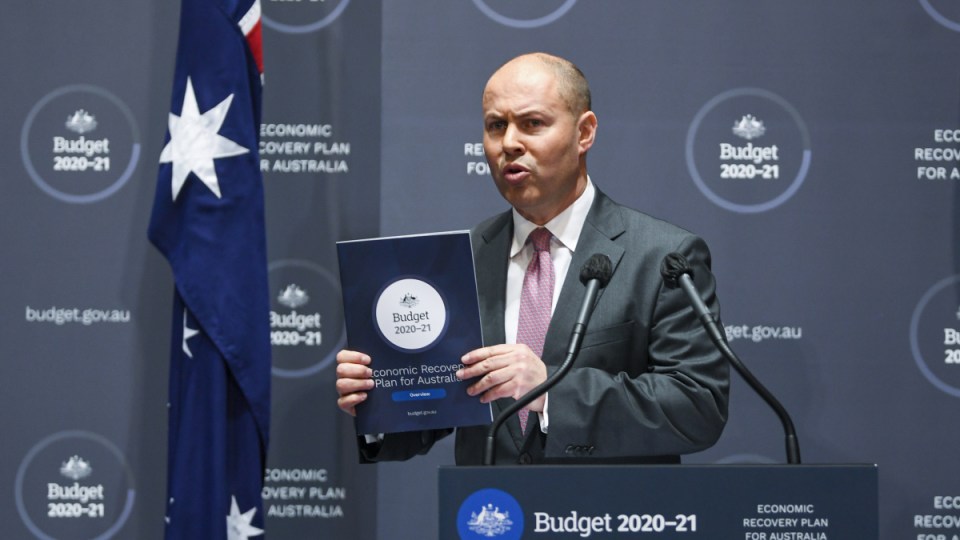 Confusion has erupted over exactly how much the budget’s tax cuts will be worth and when Australians will receive them, with economists saying they’re worth only $1080 – not $2160.

Treasurer Josh Frydenberg announced on Tuesday night that more than 11 million people would get a tax cut, backdated to July 1, with the fast-tracking of the government’s Stage 2 tax plan.

“Under our changes, more than seven million Australians receive tax relief of $2000 or more this year,” the Treasurer said. 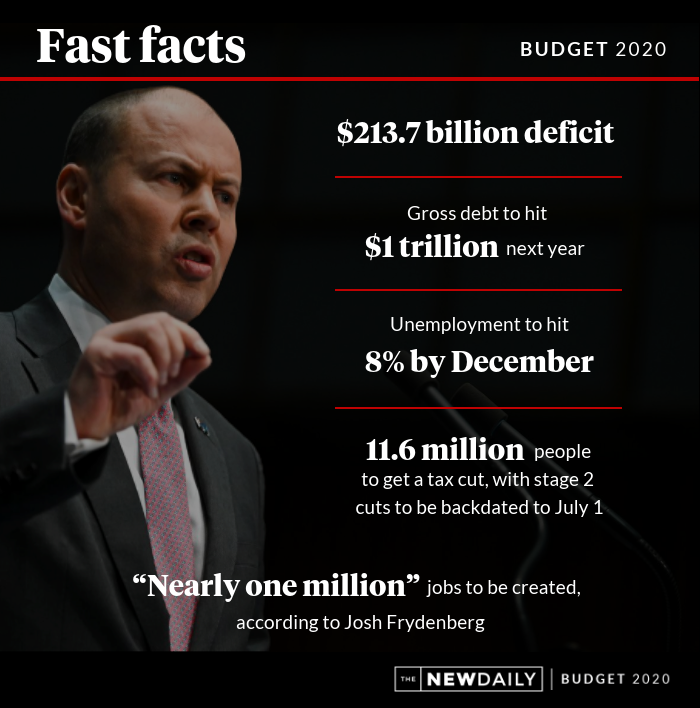 It’s that final caveat, the comparison to 2017-18, which some have missed – because since then, under Stage 1 of the tax cuts in July 2018, many Australians have already received $1080.

“The estimates are presented in comparison to 2017-18 personal income tax settings. As such, it considers the combined personal income tax relief provided by the Personal Income Tax Plan in the 2018-19, 2019-20, and 2020-21 budgets,” says the fine print under the calculator.

So, the $2160 “tax relief” is the sum of changes announced in the past three budgets combined – not last night alone – and people have already been enjoying some of those changes for two years.

Indeed, a table buried in the budget documents shows people on incomes from $50,000 to $90,000 will get “0” additional tax cut under the bringing forward of the Stage 2 tax cuts.

The only benefit those people will get is the $1080 in an extension of the Low and Middle Income Tax Offset (LMITO). However, that only gets a one-year extension.

Combined with “0” additional tax cuts under Stage 2, middle income earners will go back to paying the exact same tax next year in 2021-22 as they did last year in 2019-20.

People on incomes above $90,000, however, get additional tax cuts under Stage 2 – and they’re permanent.

“When people look at what’s changed in this budget, they’ll look for whether they’re paying more or less, and how much. They’re only getting half the tax cut this financial year that the government is trumpeting.

“Next year, people go back to paying exactly what they were paying last year.”

“There’s always lots of spin. There’s always trying to present what they’re proposing is better than it is. And others have raised that issue with us as well,” he said after The New Daily asked whether Tuesday’s tax cut was actually worth $1080 or $2160.

“The thing that concerns us about support for workers is that the average tax cut being brought forward is about $50 a fortnight for the average worker at the moment.”

However, Dr Chalmers said Labor had already committed to the tax cuts, writing to the tax office to signal his support for the plan and to ask them to fast-track the changes to get money into people’s pockets sooner.

“There is no reason for the Tax Commissioner not to immediately implement the new scales which are agreed between the two big parties in the Parliament,” he said.

Greens leader Adam Bandt called the cuts “a trickle-down scam” and attacked the time-limited LMITO for most workers in contrast to the permanent tax cut for the richest.

“The Treasurer is trying to suggest that this budget represents a $2160 tax cut for middle income earners – but he won’t be caught saying it, because it’s not true,” he told The New Daily.

“Middle-income earners get a one-year-only $1080 LMITO reduction in this budget, that’s it.”

There's a scam in the budget announcements showing how much of a 'tax cut' ppl get.

Mr Bandt called on Labor to vote down the changes.

“Low-income earners’ tax cuts disappear after a year while the wealthy keep theirs forever,” he said.

“Buried in the budget fine print is a nasty shock for low- to middle-income earners.”

Despite debate over the true impact of the changes, Australians will hopefully see some benefit in their wallets as soon as possible. However, there’s uncertainty over exactly how and when cuts will be distributed.

The backdating of changes to July 1 means, essentially, many Australians will have paid “too much” tax already this year, and deserve a refund.

Treasury officials said on Tuesday people would start paying less in their regular pay as soon as the legislation is passed, and then receive a larger refund in their yearly tax return, to make up for “too much” tax already paid.

But after a speech at the National Press Club on Wednesday, Mr Frydenberg was challenged by a journalist who claimed the tax office would more likely return the “too much” tax on a pro rata basis in each week’s pay, not a lump sum.

“Those changes will be made and the first six months will be provided at the end of the year together with a low- and middle-income tax offset,” the Treasurer said.

“In terms of what’s happening in the first six months, that will be payable at the end of the year.”