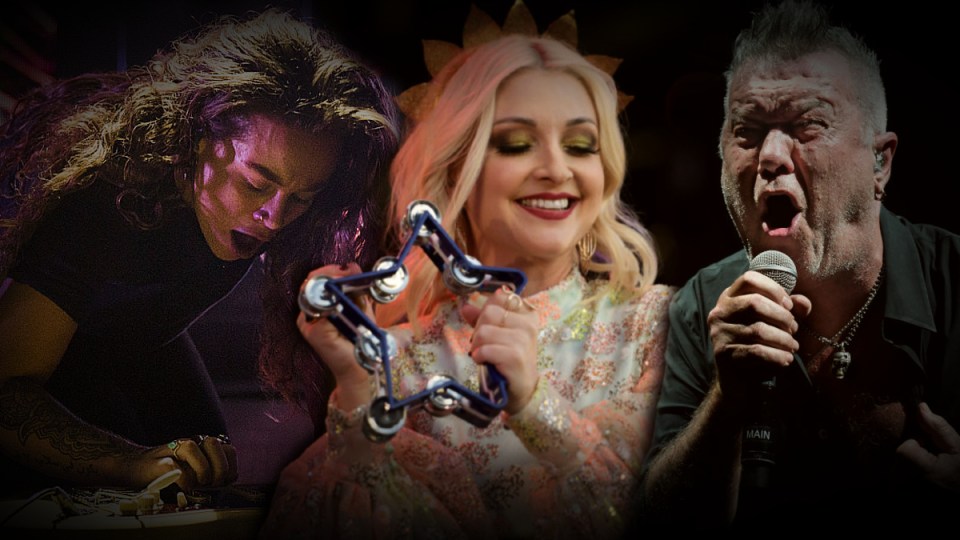 Byron Bay Bluesfest will go ahead in April, despite COVID uncertainty. Photo: TND

Some of Australia’s biggest music promoters have pleaded with the federal government to announce support for concerts and festivals in Tuesday’s budget, warning the summer music festival season is under threat without urgent help.

“All the funding they’ve promised, they need to start giving it out now,” Mr Chugg told The New Daily.

“Nobody can afford to announce anything.”

Entertainment businesses were among the first to close due to COVID rules, and likely to be among the last to fully reopen.

State and federal governments have been criticised for inadequate support for venues and festivals that cannot operate, and for taking too long to announce rescue packages.

Two recent surveys of the sector found 85 per cent of venues in NSW, and 70 per cent nationwide, claimed they faced imminent closure without immediate help.

Both Mr Chugg and Mr Noble cited insurance concerns as the big factor standing in their way.

They, and other music industry sources, said it is “nearly impossible” to get COVID-related event insurance.

Without it, they are at risk of huge expenses and cancellation fees if virus concerns – like an infection among staff, or new lockdowns – forced an event to be cancelled.

“We won’t be getting anything up next summer in any capacity,” said Mr Chugg, one of Australia’s most successful promoters.

“It’s too dangerous. We won’t be able to tour.”

Mr Noble said he managed to get insurance for his iconic Byron Bay Bluesfest, going ahead in April with a local line-up including Tash Sultana, Jimmy Barnes and Kasey Chambers.

However, he called on the federal government to help underwrite event costs, to give promoters certainty and confidence to book events.

He had to cancel the 2020 event, which cost him “a fortune” even with insurance – with a government order to nix the event coming on the festival’s load-in day as trucks were already at the gate.

“You just can’t get pandemic insurance now. I’ve put it to government, including for in the budget, that there needs to be insurance help,” Mr Noble told The New Daily.

He cited precedent in the federal government’s creation of a terrorism insurance scheme, following the September 11 attacks in 2001, when insurers wouldn’t offer such cover.

“My quotes on cancellation insurance said it would have cost us double, without pandemic insurance,” Mr Noble said.

“These are things people don’t consider. You need to incentivise people to put events on. Government has to do something there.”

“Business interruption insurance, or underwriting from federal and state government, we really need it,” he said bluntly.

“We can’t shoulder all the risks. In our normal insurance policies, as soon as COVID came along, they took pandemics out.”

Both men welcomed state and federal support for their industry, but said timetables for funding needed to happen faster.

“We are seeing money potentially flowing in December or January. That’s six months after the funding opened,” Mr Noble said.

“That’s a long time guys. I know you have a lot on, but January will be nine months after we shut down.”

He said he “greatly respects” Arts Minister Paul Fletcher, and backed the government’s wider COVID response, but that “we greatly need them to come to our assistance”.

Mr Chugg was even blunter, critical that much of the money wouldn’t flow for months.

“The process is a little frustrating. We need support, and we need it now, not when an event takes place, which may be 18 months away,” he said.

Both Mr Noble and Mr Chugg were optimistic for next year.

Mr Chugg said he didn’t think “any big festivals would happen this year”, and he was already booking acts for 2022, but was hopeful his popular Laneway Festival could go ahead next year – albeit with changes.

Usually held in January and February, Mr Chugg hinted Laneway may move to April – albeit with changes, to accommodate social distancing rules, still being brainstormed.

He said the industry was working with public health experts and epidemiologists on planning events, including basic logistics on where to place toilets or managing food and drink.

He said novel suggestions like individual metal podiums, as seen at concerts in England, were not cost-effective.

However, he is investigating how the COVIDSafe app, or similar technology with special Bluetooth lanyards to track people’s interactions, could help in possible contact tracing at events.

Mr Chugg said he was confident Australians would return to live music once more restrictions lifted, but said more help was needed.

“We just need support. It’s a lot better than it was three months, but we’ve still got a f—ing long way to go,” he said.