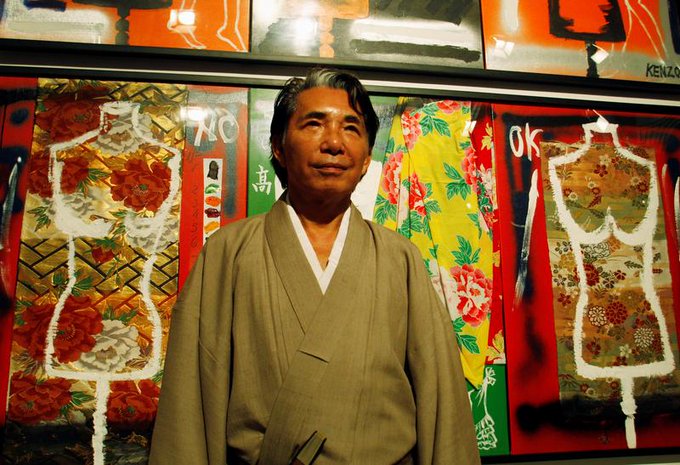 Kenzo Takada had been living in Paris for more than 50 years. Photo: AAP

Japanese fashion designer Kenzo Takada has died after a battle with COVID-19.

Confirming his death on Instagram, the Kenzo brand he started in the 1970s, wrote: “It is with immense sadness that KENZO has learned of the passing of our founder, Kenzo Takada.

“For half a century, Mr Takada has been an emblematic personality in the fashion industry – always infusing creativity and colour into the world.

“Today, his optimism, zest for life and generosity continue to be pillars of our Maison. He will be greatly missed and always remembered.

“His amazing energy, kindness, talent and smile were contagious. His kindred spirit will live forever. Rest in peace, master.”

Reuters reported Takada, 81, died of complications linked to COVID-19 at the American Hospital of Paris in Neuilly-sur-Seine, a residential suburb on the western outskirts of the capital, his spokesman told French media.

Known for his colourful motifs and original silhouettes, which mixed inspirations from Japan such as the kimono, with other cuts, Takada also branched into perfumes and skincare lines, helping his business boom.

He retired from his eponymous label several decades ago after selling it to Moët Hennessy Louis Vuitton (LVMH), the world’s biggest luxury group in the early 1990s.

Kenzo has since had several other creative directors, while Takada maintained close links to the world of fashion but explored other areas of design, including furniture.