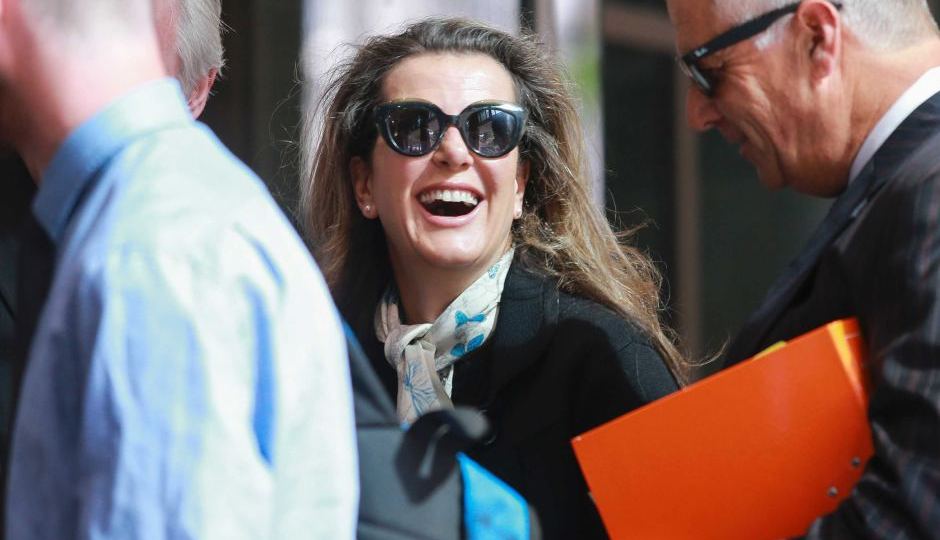 Kathy Jackson, in November 2017, arrives at court flanked by her partner and lawyers. Photo: AAP

Jackson, who was charged after a royal commission investigation into union corruption, pleaded guilty to two charges of obtaining financial advantage by deception in Victoria’s County Court on Monday afternoon, meaning she will not face a second criminal trial.

The ABC can now reveal that in December last year, a jury found Jackson guilty of two criminal charges in relation to her time as boss of the health union.

Those proceedings and that decision were subject to a non-publication order, because Jackson was expected to face a second trial.

The guilty plea means the second trial will not go ahead.

The former union boss initially went on trial for 21 offences after she was accused of misappropriating more than $480,000 from the Health Services Union between 2003 and 2011.

Police alleged she spent $100,000 of the money on travel, including trips to Hong Kong and Los Vegas, where she stayed at the Bellagio, a luxury hotel and resort.

During her first trial in December last year, prosecutors accused Jackson of transferring large sums of cash out of union coffers and into an account she controlled and spent “at her own discretion”.

“This was backroom dealing for her own advancement,” Crown Prosecutor Mark Gibson QC told the trial.

“She well knew she had no legal right to utilise the money of others at her own discretion in this way.

“The evidence from this secret, non-union account was used for personal lifestyle spending, to draw down on her mortgage, to pay to her own savings account or her joint savings account,” he said.

The court heard Jackson deceived the union’s bookkeeper who was “entirely reliant” on her information and that she tried to cover up her “dishonest and criminal conduct”.

In December, a jury found Jackson guilty of tricking the union into crediting her personal account more than $13,000 for a trip she took to the United States.

She was also found guilty of using union funds to pay off a $22,000 debt owned by her former husband, Jeffrey Jackson.

However, she was found not guilty of the remaining 19 offences.

In 2015, Jackson was ordered to pay $1.4 million in compensation to the HSU for misappropriating funds, after the union sued her in the Federal Court.

In that case, the union alleged she had set up a slush fund with the proceeds of a settlement with Melbourne’s Peter MacCallum Cancer Centre.

Jackson will return to court in November for a plea hearing.