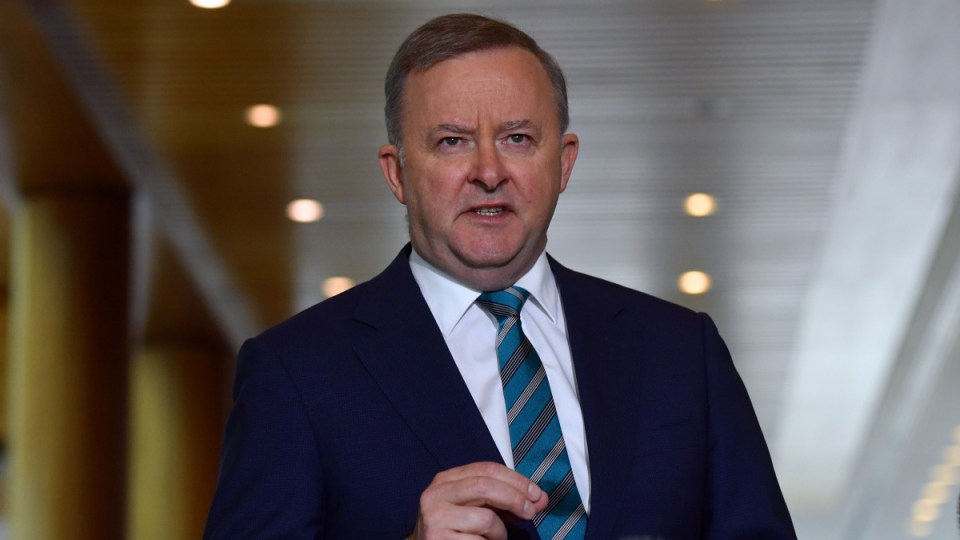 A Labor government would establish a Centre for Disease Control (CDC) to better manage a future pandemic, the leader of the opposition will argue in his budget reply speech.

Claiming Australia’s COVID response was “too slow, too reactive and too unco-ordinated”, Labor leader Anthony Albanese will on Thursday night make the case for an overarching body to fight future pandemics.

The Opposition Leader said in a written statement that Australia “can’t be left playing catch-up again. We can’t afford another Ruby Princess, or another tragic disaster in aged care”.

Released a day before the Treasurer is due to hand down the federal budget, the statement suggests the promise of an Australian CDC will form a key part of Mr Albanese’s budget reply speech.

The Labor leader claimed Australia was “badly unprepared” for the coronavirus, and in his speech, will pledge to set up a CDC if his party is elected.

Australia’s health infrastructure has managed the COVID outbreak well, on global measures, with a relatively low death toll and a far smaller economic hit than comparable nations, under the guidance of the overarching Australian Health Protection Principal Committee (AHPPC).

However, early inquiries into the national response to the pandemic have cited a lack of leadership and co-ordination in some instances, as well as confusion over planning.

For instance, the aged care royal commission’s special report on the COVID pandemic claimed there was “confused and inconsistent messaging” from providers and government.

“All too often, providers, care recipients and their families, and health workers did not have an answer to the critical question: Who is in charge?” the royal commission’s report said.

“At a time of crisis, such as this pandemic, clear leadership, direction and lines of communication are essential.”

Mr Albanese said Australia is the only country in the OECD without a CDC equivalent, and cited several areas in which such a centre could take charge – from managing stocks of personal protective equipment and running regular emergency drills, to monitoring health threats and overseeing programs for preventative health or chronic disease.

He said the federal government “has not led a national pandemic drill for 12 years”, and that failures in areas from PPE supply to aged-care response had cost lives.

“Ask any Australian and they’ll tell you our response to the coronavirus pandemic was too slow, too reactive and too unco-ordinated,” Mr Albanese said.

“Our health, our lives and our economy all depend on us getting our response to future pandemics right.”

It would also work with state and territory governments to bolster health and aged-care systems, with the aim of ensuring better co-operation across different levels of government.

Organisations including the Australian Medical Association and the Public Health Association have voiced support for a CDC in Australia.

In a submission to the federal Senate’s committee on COVID-19 in June, former AMA president Dr Tony Bartone said such an idea could have benefits over the AHPPC setup.

“The AHPPC currently comprises many elements of a CDC. A CDC, in contrast, would be able to speak independently of governments, and be permanently resourced at a sufficient level during non-pandemic periods in order to be ready for the next pandemic to occur,” Dr Bartone said.

It marks a new strategy for the Labor leader, who has announced few new policies during the pandemic.

In recent months, Mr Albanese has rarely committed to specific policies, brushing off questions about, for instance, where Labor would like to set the post-pandemic rate of the unemployment benefit JobSeeker.

However, in a caucus meeting with fellow Labor MPs on Monday, the leader acknowledged it was the first step in a new strategy to more boldly outline his agenda.

“Increasingly we will now start to provide our alternative,” Mr Albanese told the Labor caucus, before this week’s sitting fortnight.

He called it “the beginning of our plan for Australia”.

Treasurer Josh Frydenberg’s budget will be handed down on Tuesday. Mr Albanese’s budget reply is slated for Wednesday.