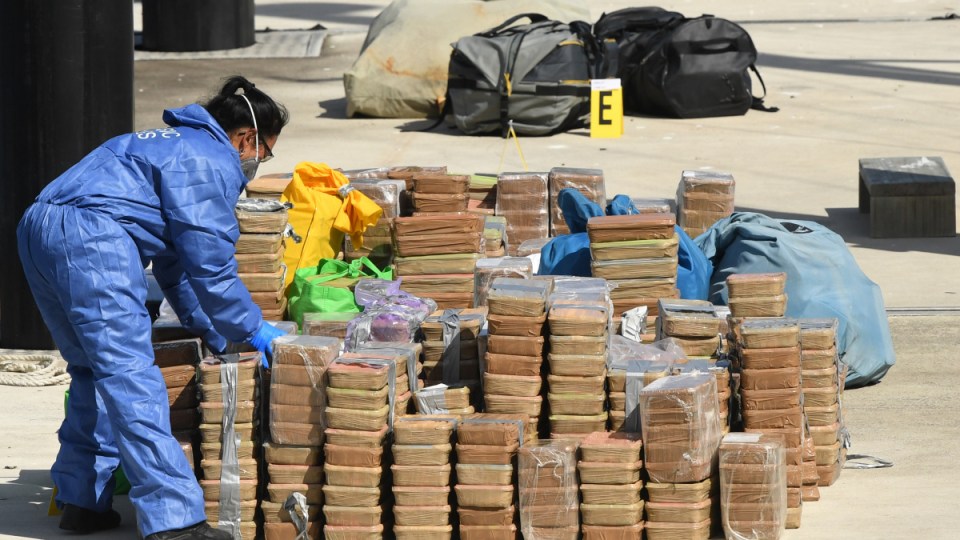 Methylamphetamine seizures, such as one in April at Balmain, continue to show its influence in the illicit drug market. Photo: AAP

More than 26.6 tonnes of illicit drugs were seized nationally in 2018-19, with methylamphetamine remaining one of the most consumed and seized illicit drugs in Australia.

In releasing the 17th edition of the Illicit Drug Data Report, Australian Criminal Intelligence Commission (ACIC) chief executive officer Michael Phelan said the estimated street value of the weight of amphetamines, MDMA, cocaine and heroin seized nationally in 2018-19 is about $3.5 billion, underlining the size of the black economy that relates to illicit drugs alone.

“It would appear that Australian drug markets continue to grow. As such, the importation, manufacture, cultivation and distribution of illicit drugs and related precursors in Australia remain focal points of government, law enforcement and intelligence agencies,” Mr Phelan said.

“These upward trends in national seizures and arrests highlight the continued vigilance of law enforcement in reducing the supply of all illicit drugs.

“They also highlight why illicit drugs continue to be a concern for law enforcement and the wider community, and the ongoing need to reduce demand.”

This report combines illicit drug data from a variety of sources including law enforcement, forensic services, health and academia which inform our understanding and assist in focusing our collective efforts to respond to the issue of illicit drugs.

“Our agency, along with our law enforcement partners, will continue to pursue serious and organised criminals seeking to bring these dangerous drugs to Australia and those who cultivate and manufacture them domestically,” Mr Phelan said.

“We also recognise illicit drugs are not just a law enforcement issue.

“We need to employ a holistic approach that focuses on supply, demand and harm reduction, with law enforcement and health agencies working together.”