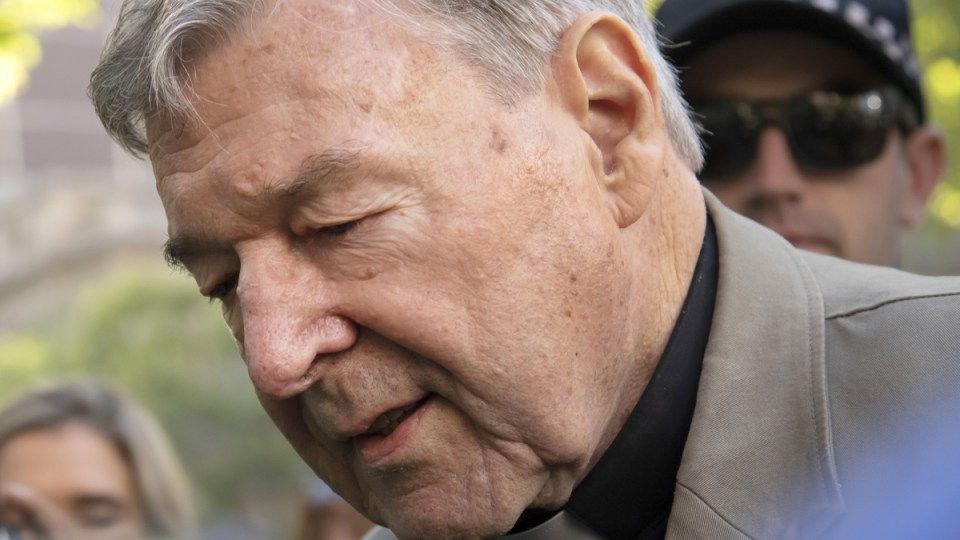 The details of his international flight have not been made available. Photo: AAP

Cardinal George Pell will return to Rome on Monday for the first time since 2017 when he was accused of child sexual abuse charges.

A spokeswoman for the Archdiocese of Sydney confirmed Cardinal Pell will fly out of Sydney on Monday, but the purpose and duration of the visit is not known.

Cardinal Pell was leading the Secretariat of State, set up to reform the Vatican’s finances, when he took a leave of absence in 2017 to face charges of child sexual abuse.

The 79-year-old was convicted of sexually abusing two choir boys in the 1990s and was sentenced to six years in prison.

He had served 13 months of his sentence when his conviction was overturned by the High Court in April.

He has been living in Sydney since his release.

Christopher Lamb is the Rome correspondent for Catholic news publication The Tablet and said all eyes would be on Cardinal Pell as he arrived in Rome.

“The Cardinal has a number of supporters in Rome and some very loyal followers,” Lamb said.

“There will be a number of them who will be delighted to see him return – they always were very sceptical of the charges that were brought against him.

“However there will be others who will be concerned about the optics of a return by Cardinal Pell to Rome and the Vatican … particularly if the cardinal has a meeting, an audience, with Pope Francis.”

Vatican correspondent Joshua McElwee, from US newspaper the National Catholic Reporter, said Cardinal Pell was no longer employed by the Vatican and the reason for his visit was not clear.

“At the moment he has no official role here,” McElwee said.

“Very likely he’s coming to put his affairs in order. I imagine he still has personal items here, things to bring home, perhaps an apartment to clean up.

“I don’t know what else he would be doing other than those kind of things.”

Uncertain times for the Vatican

Cardinal Pell’s return to Rome comes just days after the resignation of Cardinal Angelo Becciu who has been implicated in allegations of financial misconduct at the Vatican.

Cardinal Becciu previously worked in the Vatican’s Secretariat of State where he reportedly clashed with Cardinal Pell over reform of the Vatican’s finances.

But McElwee said it was not clear whether Cardinal Pell’s visit was connected to Cardinal Becciu’s resignation on Saturday.

“Becciu apparently was involved in some kind of alleged financial misdeeds and Pell has said that he raised issues about those at the time.

“It could be that Cardinal Pell is taking a victory lap here in Rome, but I don’t think it’s going to be more than a short visit.”

Lamb said Cardinal Pell’s visit coincided with a period of uncertainty in Pope Francis’s pontificate, with many speculating Cardinal Pell could be seeking to influence the outcome of a future conclave to decide the next Pope.

“Cardinal Pell is not someone who is openly disloyal to Pope Francis and has worked for Pope Francis,” Lamb said.

“But it is no secret that he has a different vision of the Church to the Pope and I suppose some people will be looking to see whether the Cardinal is involved in any pre-conclave manoeuvres, given we are almost eight years into Pope Francis’s pontificate.

“There is a battle going on and the Cardinal is certainly seen by those who don’t like Francis as someone who is an ally.”