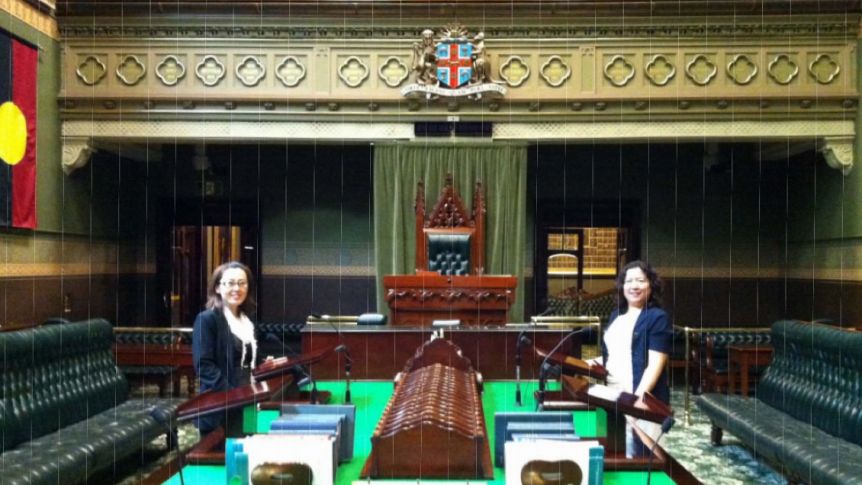 A corruption inquiry has heard former Liberal MP Daryl Maguire was handed tens of thousands of dollars in envelopes at Parliament House as payment for his role in a “cash-for-visa” scheme.

The Independent Commission Against Corruption (ICAC) is investigating the former Member for Wagga Wagga over allegations he breached public trust by using his office for personal gain.

Maggie Wang told the inquiry she and Mr Maguire agreed to operate a migration scheme in 2013 that secured visas for about a dozen Chinese nationals.

She told the inquiry the visa applicants were charged a fee that would be split between her, Mr Maguire and a regional business that agreed to sponsor the applicant.

Ms Wang said payments were always made in cash to avoid a paper trail, and that she delivered Mr Maguire’s fee to him in cash.

“Do you agree that on a number of occasions you delivered it to Mr Maguire in Parliament House?” counsel assisting Scott Robertson said.

Ms Wang was asked why she was paid less when she did a lot of the running around to make the scheme work.

“The biggest part is to get the businesses to agree,” she said.

“That’s the hardest part of the whole thing.”

The inquiry heard Mr Maguire was responsible for identifying businesses, mostly around Wagga Wagga, to take part in the scheme.

Earlier on Tuesday a Riverina winery owner admitted he lied while giving evidence at Monday’s session and had returned to correct the record.

Gerry McCormick, the owner of Cottontails Winery near Wagga Wagga, helped secure a visa for a Chinese national in exchange for help selling his wine in China.

On Tuesday he admitted he had also received tens of thousands of dollars in cash for taking part in the scheme, and was reimbursed for wages for a worker who did not turn up.

“I was ashamed,” Mr McCormick said.

“I thought if the other guys that were involved in the scheme had the guts to own up to their mistakes, I’ve got to be man enough to do the same.”

Ms Wang is expected to continue giving evidence at a later date.