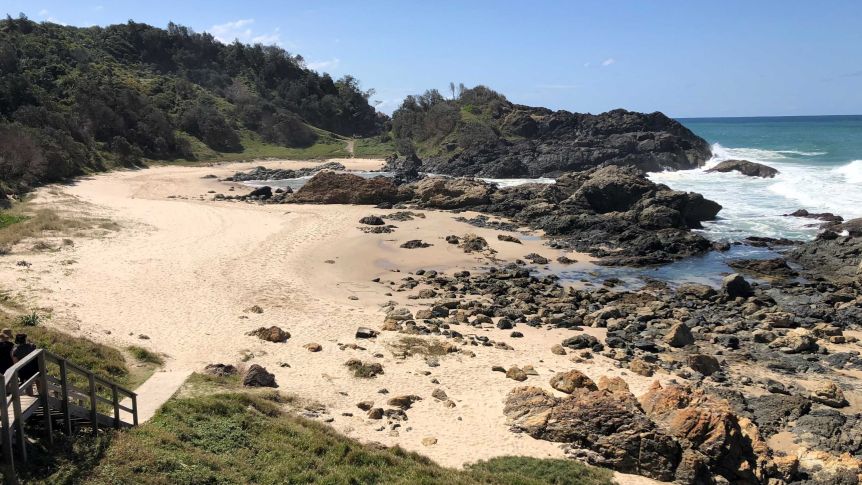 The search for a man more than a week ago had failed to find any trace of him. Photo: ABC News: Kerrin Thomas

NSW Police are investigating the discovering of human remains found at two beaches on the NSW mid North Coast.

The ABC reported the remains were found on Monday morning at Little Bay near Lighthouse Beach and one kilometre further north at Miners Beach south of Port Macquarie.

Police have established a crime scene and investigators are scouring the coastal tracks and beach front.

Walkers have been asked to stay away from the Coastal Walk as it remains closed.

Last week, an extensive sea and land search was conducted for a man identified as Mark James, 56, whose car was found at Lighthouse Beach, the ABC reported.

No further information is available at this stage.

Local newspaper the Port News reported police would not be making any link between Mr James’ disappearance until a forensic examination had been conducted on the remains.

On September 22, the paper reported PolAir, Surf Lifesaving NSW, Marine Rescue divers and the State Emergency Service were at the scene.

“The police divers are up here at the moment and we will look at sweeping around that area in the morning to see if there’s anything,” Mid North Coast Police District Inspector Stuart Campbell said.