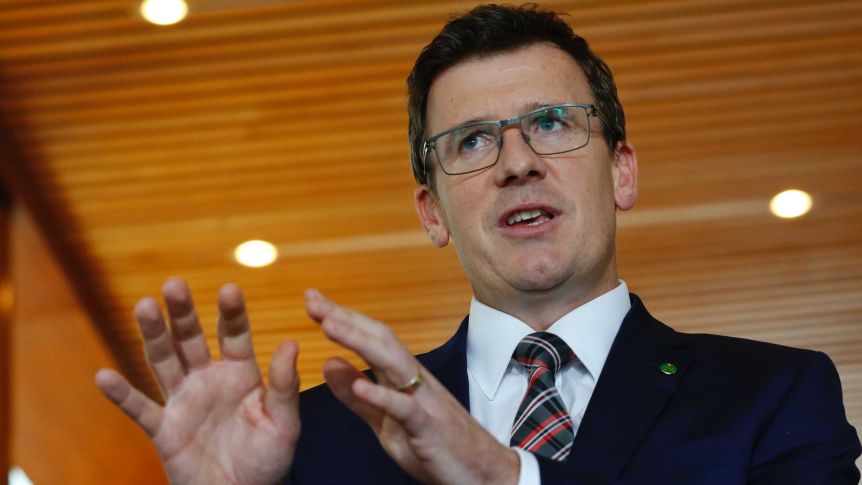 A Federal Court judge has labelled a Federal Cabinet Minister’s behaviour as “criminal” after he left a Hazara Afghan man languishing in an immigration detention centre despite a tribunal ordering he be granted a visa.

The scathing critique of Acting Immigration Minister Alan Tudge is the latest in a number of judgments on the issue from Justice Geoffrey Flick, who has also taken aim at Home Affairs Minister Peter Dutton’s handling of visa matters in recent months.

Justice Flick said Mr Tudge had “intentionally and without lawful authority been responsible for depriving a person of his liberty”, and his “conduct exposes him to both civil and potentially criminal sanctions, not limited to a proceeding for contempt”.

The case relates to a man known as PDWL, who arrived in Australian in 2012. He applied for a temporary protection visa four years later, fearful for his safety should he be returned to Afghanistan.

The man had worked with the Afghan National Army and government, and he held serious concerns he could be targeted by the Taliban.

In December 2019, an official from the Home Affairs Department rejected the visa application on the basis he had pleaded guilty and been convicted of assault over a drunken fight with a friend over a mobile phone.

This was seen as a breach of the “character test”, which is used to measure the risk someone might present to the Australian community.

On 11 March 2020, the Administrative Appeals Tribunal (AAT) overturned that decision and ordered the man be granted a visa – and that the process should be carried out quickly, given he was “understandably anxious to be reunited with his wife and children”.

The Minister immediately appealed the AAT judgment in the Federal Court, but PDWL remained in the Yongah Hill Detention Centre in Western Australia for another five days.

He was released after a judgment in the Federal Court on March 17, after Justice Michael Wigney said he had remained in detention “because the Minister did not like the Tribunal’s decision”.

In his judgment today, Justice Flick found the AAT had made an error of law in granting PDWL the visa, but he argued the Minister’s subsequent poor treatment of the man meant the visa should be granted.

“The Minister cannot place himself above the law,” Justice Flick said.

A spokeswoman for Mr Tudge told the ABC he “strongly rejects any suggestion of improper conduct”.

“The Minister is considering the reasons for the court’s decision and options for an appeal,” she said.

“Therefore, it would not be appropriate to comment further.”

Labor joined the criticism of Mr Tudge, demanding he take responsibility for his actions.

“This is this second time Alan Tudge is facing contempt of court, how many times will he be given a chance?” Opposition home affairs spokeswoman Kristina Keneally said.