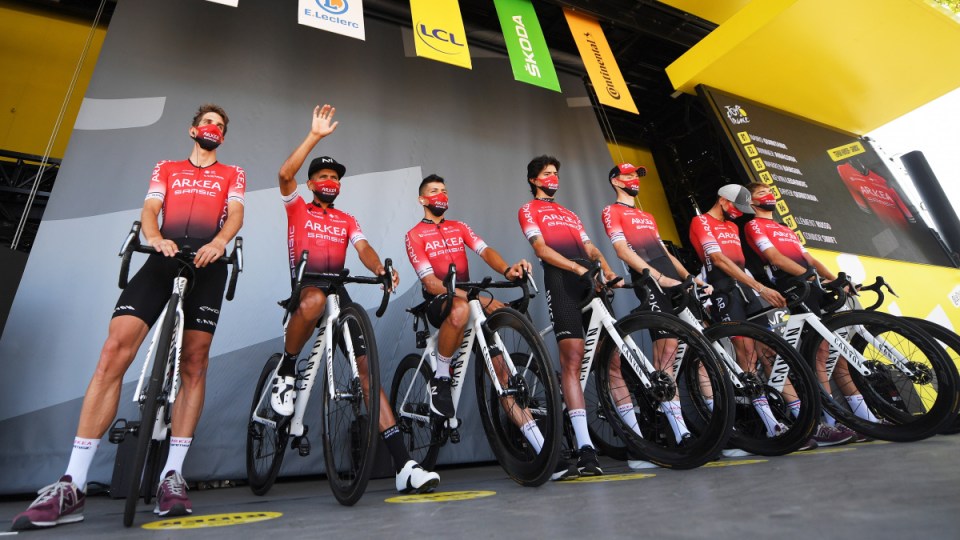 Colombian cyclist Nairo Quintana (2L) of Team Arkea-Samsic and teammates before the start of the 19th stage of the Tour de France. Photo: AAP

Two people are in custody after an investigation was opened into suspected doping by the Arkea-Samsic team at this year’s Tour de France.

Marseille prosecutor Dominique Laurens said in a statement that the probe was targeting a “small part of the team” and that those in custody were part of the “close entourage of the main rider”.

The prosecutor did not name the main rider.

The leader of the Arkea-Samsic team is Colombian Nairo Quintana.

The probe targeted “the administration and prescription without medical justification of a substance or a method prohibited during a sporting event, and helping and encouraging the use of that substance or method,” the statement added.

Searches led to “the discovery of many health products, including drugs, in their personal belongings and above all a method that can be qualified as doping,” it said.

He said the search targeted a “very limited” number of riders as well as their entourage, who he said were not employed by the team.

Hubert said the investigation did “not target the team or its staff directly”.

“We obviously support our riders but if the investigation confirms the veracity of doping practices, the team would immediately dissociate itself from such acts,” Hubert added in his statement.

The Union Cycliste Internationale (UCI) told Reuters in a statement that it “welcomes and supports the action of all authorities involved in this operation”.

The UCI said it will take “necessary measures once it has reviewed the elements obtained by the French judicial authorities”.