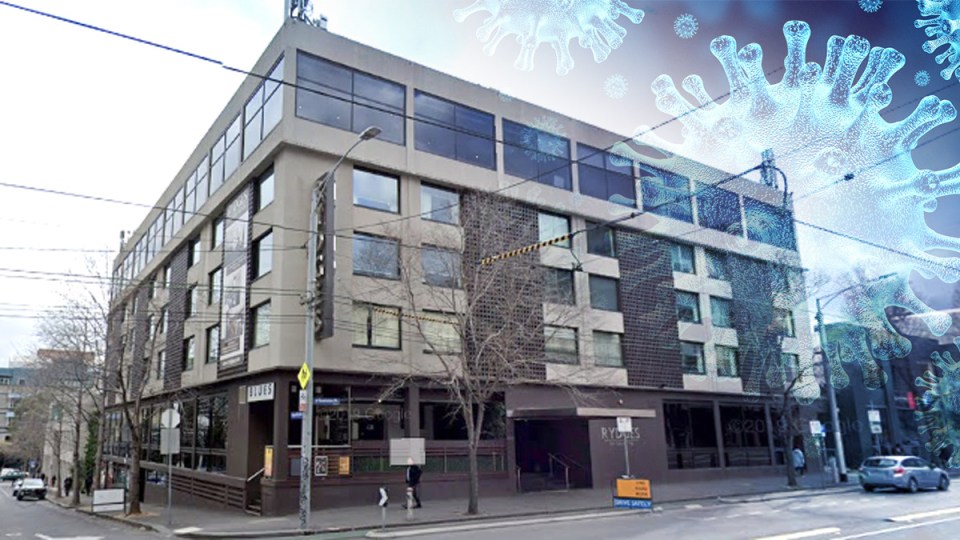 Reports are emerging about who could have been "patient zero" for Victoria's deadly second wave. Photo: AAP

Victoria’s most senior public servant is unsure who made the fateful decision to hire security guards to oversee the state’s hotel quarantine program.

Department of Premier and Cabinet secretary Chris Eccles was present at the national cabinet meeting on March 27 when the program was announced.

He told Victoria’s hotel quarantine inquiry on Monday the “enforcement” of the program didn’t cross his mind until a meeting of the Victorian Services Board later that day.

The Victorian Services Board consists of all department secretaries and the Victoria Police chief commissioner, which was then Graham Ashton.

Notes from the meeting were shown to the inquiry.

Next to Mr Ashton’s name, the notes read: “ADF will be assisting in spot-checking processes … we’re trying to keep the ADF presence back of house – to prevent the ADF presence obvious to the community etc.”

“Police wont (sic) guard but will be doing the checks?”

Mr Ashton said the “challenge will be static presence over a long period of time – will end up with some private contractor or else the ADF ideally”.

“I assume a private contractor,” Mr Eccles replied, according to the notes.

Mr Eccles told the inquiry he couldn’t recall the discussion.

When he appeared at the inquiry last week, Mr Ashton claimed Mr Eccles was the one who set up the “deal” to use private security guards in the program, citing a number of texts.

In his statement to the inquiry, Mr Eccles said he did not have a copy of Mr Ashton’s text.

“I do not now recall what, if anything, I did in response to that text message,” he said.

“No decision was made by me nor, as far as I am aware, any other person within DPC, to engage private security for use in the Hotel Quarantine Program.”

More than 30 security guards caught COVID-19 from returned travellers while working in the hotels in mid-May and June, sparking Victoria’s deadly second wave.

Counsel assisting the inquiry Rachel Ellyard said a number of witnesses have not been able to state when the decision was made to hire private security guards, and by who.

“The decision to engage private security ended up employing thousands of people and costing tens of millions of dollars. Shouldn’t we be able to say who made it, as a matter of proper governance?” she asked Mr Eccles.

“If there’s been a failure of acknowledgment, jointly and separately, around the decision of the collective then I think that’s a fault or a flaw of the design,” he said.

Mr Eccles was also asked why he did not pass on an offer for Australian Defence Force support for the program.

In an April 8 email, Department of the Prime Minister and Cabinet secretary Phil Gaetjens told Mr Eccles the NSW government had received help with its quarantine hotels from the ADF.

“The Commonwealth would be willing to assist Victoria in a similar way if you wanted to reconsider your model,” Mr Gaetjens wrote.

Mr Eccles told the inquiry he could not remember if he passed on the email.

“My records don’t reveal that I forwarded the email,” he said.

It is the inquiry’s final week of public hearings, with Department of Jobs, Precincts and Regions secretary Simon Phemister and Department of Health and Human Services secretary Kym Peake will appear on Tuesday.