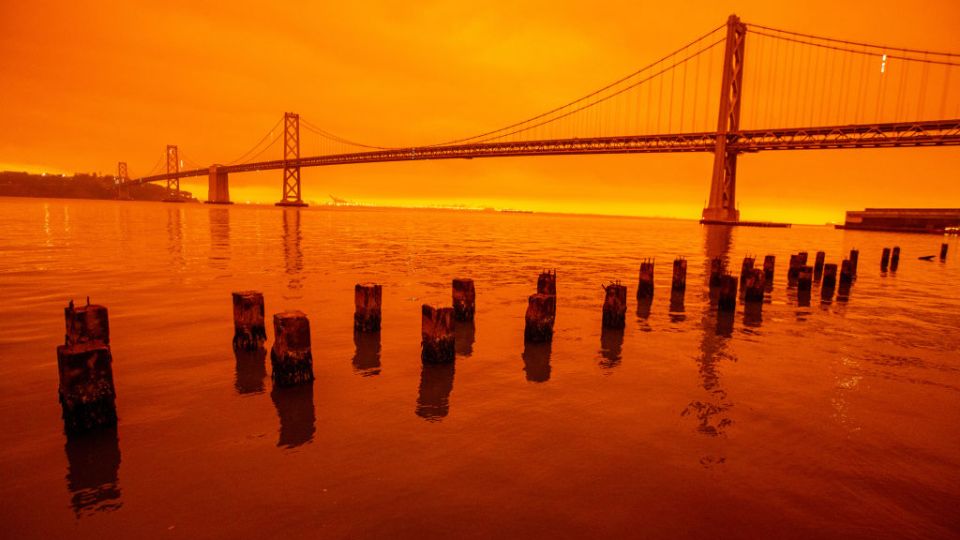 Wildfires in the US northwest have destroyed thousands of homes since August and killed 35 people in three states. Photo: Getty

US Democratic presidential nominee Joe Biden has called President Donald Trump a “climate arsonist” for failing to acknowledge the role of global warming in the Western US wildfires.

Mr Trump contends that forest management is the key to controlling the blazes.

Wildfires across Oregon, California and Washington state have destroyed thousands of homes and several small towns since August, scorching more than 1.6 million hectares and killing 35 people.

On Monday local time, Oregon’s Department of Emergency Services said 22 people were missing in the series of blazes that swept across the southern portion of the state last week.

The state is also deploying its National Guard to flattened neighbourhoods and up to 1000 national guard troops will be there by the weekend.

Mr Biden, slammed by Republicans for not visiting disaster areas, spoke from his home state of Delaware on the threat of extreme weather that climate scientists have said is supercharging fires.

Mr Trump, who trails Mr Biden in national polls ahead of the November 3 election, met with firefighters and officials in California after Democrats blasted him for remaining mostly silent about the largest wildfires in state history.

“I think this is more of a management situation,” he said, when asked if climate change was a factor behind the fires, saying many other countries were not facing a similar problem.

He said forest management changes were something that could be tackled quickly, whereas climate change would take time.

Mr Trump has referred to climate change as a “hoax’ and in 2017 pulled the United States out of the Paris climate agreement.

Mr Biden says climate change is on his list of major crises facing the United States.

Calling Mr Trump a “climate arsonist,” he said: “If we have four more years of Trump’s climate denial, how many suburbs will be burned by wildfires?”

In Clackamas County south of Portland relief crews dished out food to thousands of residents ordered to evacuate.

Around Phoenix and Talent, some people set up food stations in parking lots, while others guarded homes from looters.

A man was charged with arson on Friday for starting the blaze that burned towns and another was arrested in Portland after he started six small fires that did not burn any structures.

‘Climate arsonist’: Trump, Biden clash over cause of wildfires