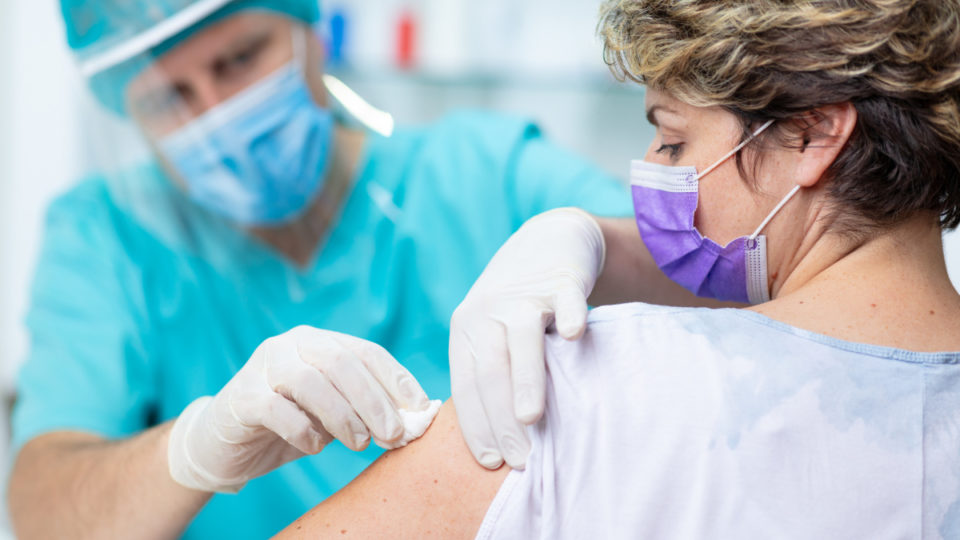 The government has given more detail on the COVID vaccine hunt. Photo: Getty

It may not be until September 2021 or later that enough COVID vaccines are produced for all Australians, with attention now turning to how to distribute millions of doses – and who would be at the front of the queue.

The Australian Medical Association said there was still a long way to go before a vaccine was ready, but suggested the government should be thinking about who gets priority, and who might have to wait in line.

Prime Minister Scott Morrison and Health Minister Greg Hunt announced on Monday an agreement for 51 million doses of the University of Queensland vaccine candidate, and 34 million of another produced by Oxford University and pharma company AstraZeneca.

Both potential vaccines, which would be produced in Melbourne by manufacturer CSL, are still in trials but considered promising.

However, as revealed by The New Daily, CSL and AstraZeneca both concede the full batch of the respective vaccines – assuming they successfully pass trials – would not be finished production until at least September 2021.

Mr Hunt that hinted if both vaccines are successful, some Australians may receive one type while others may receive the other.

Deputy chief medical officer Dr Nick Coatsworth last month said “there would be a prioritisation system” for access, as not all Australians could get a jab at once.

He flagged that elderly people with serious health conditions and healthcare workers may be first in line, with next steps to be decided.

“If and when it is decided it will be clearly indicated to the Australian public, with a rationale as to why,” he said at the time.

Dr Moy, until recently the chair of the AMA’s ethics and medico-legal committee, suggested some health calculus would go into who got the vaccine first.

“On the ethical side, first up it would be those at greatest risk, like the elderly or sick, and frontline health workers. That makes sense,” he said.

“After that, there will be a logistical issue to get them out there, the people power to vaccinate everyone.

“It will likely be based on chronic disease and age, but also possibly on increased risk if you’re likely to be working with people at higher risk.”

Dr Moy conceded the demand for a COVID vaccine would be high, but said priority systems already exist for flu vaccinations.

“There’s a precedent with the flu vaccine, where we’ll probably be doing drive-through clinics or in big halls.”

A spokesperson for the federal health department told The New Daily‘s that specifics around “the vaccine rollout will be determined once a safe and effective vaccine is available”.

“It is likely the first doses will be given to vulnerable people, and frontline healthcare workers,” they said.

Dr Moy said that even if some people had to wait months for a jab, prioritising the sick and elderly would decrease the risk to the general public – possibly meaning some COVID restrictions could be eased, even for people still waiting for a vaccine.

Dr Moy said there would be nothing like a lottery system for vaccine access, but said the strategy of looking to secure multiple vaccines was like “laying bets” – a simile echoed by infectious disease expert Bill Bowtell, adjunct professor at the University of NSW.

“It’s very important Australia backs as many horses in this race as we can. We don’t know yet which, if any, will be successful and we have no option but to be in there and secure options on any or all of the vaccines,” he told The New Daily.

“It’s like backing every horse in the Melbourne Cup, and we hope that one or several of them will be winners.”

Mr Bowtell, an architect of Australia’s response to the HIV AIDS crisis, called on federal authorities to not fast-track any vaccine, but instead adhere to “the most rigorous testing at every stage”.

“The Australian public have to have 100 per cent confidence in the process,” he said.

Labor’s shadow health minister Chris Bowen has been calling on the government to invest in more vaccines, pointing out countries like the US have signed multiple vaccine deals.

“The federal government needs to continue to engage and invest urgently in a range of potential COVID-19 vaccines,” he said.

“It also needs to plan now for how we will manufacture and distribute enough doses for all Australians in the event that it is a different vaccine candidate that is most effective.”

Professor Julie Leask, an expert in vaccination uptake at the University of Sydney’s nursing school, suggested there may be some level of resistance in the community if two separate vaccines are rolled out simultaneously.

However, she said such vaccine resistance could be overcome with a strong public awareness campaign.

“It depends how different the vaccines are. If one is really novel, there could be perceptions that it is less trustworthy. People often say they ‘don’t want to be used as guinea pigs’, but what counters that is the belief that a vaccine will benefit you,” she told The New Daily.

“If people see the vaccine as a helper in being able to participate in work, social or economic life again, they can rationalise that doubt away.”

Mr Hunt said on Monday there would be an education campaign encouraging people to take up the vaccine.

Professor Leask said that would be a smart move.

“Rule No.1 in health communication is involve the public and listen, but communicate early and often,” she said.

COVID vaccines should be rationed based on sickness, age, AMA suggests