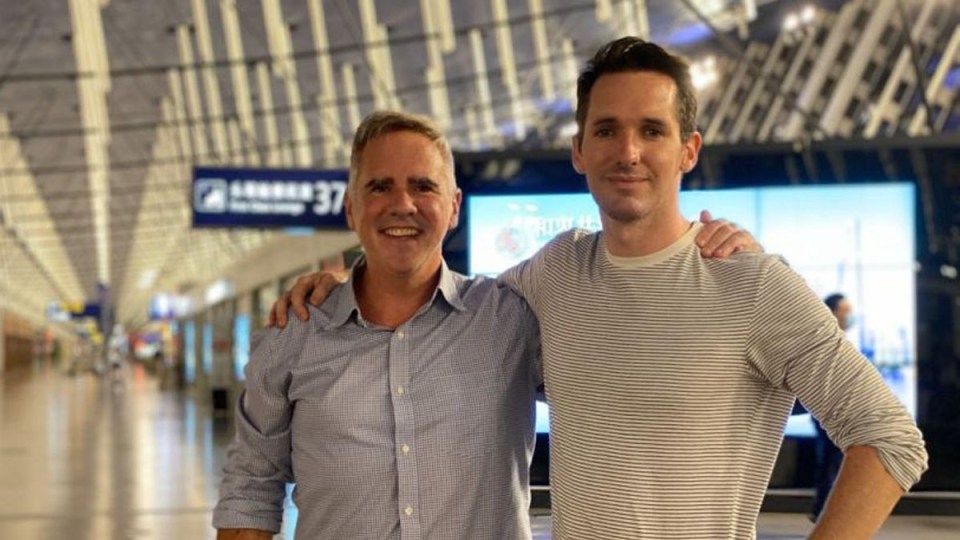 Two Australian journalists have fled China and arrived back home after a “whirlwind” week of police scrutiny and diplomatic negotiations led to them banned from leaving the country and hauled in for questioning.

Press freedom advocates slammed the “gravely concerning” situation in China, warning of a fast-deteriorating environment for free speech and reporting on the budding superpower.

There is now no China-based correspondent for an Australian media outlet, with nearly 20 foreign journalists forced to leave the country in 2020 alone.

“What we are witnessing is the greatest deterioration in China’s media controls in decades and that will leave a vacuum of credible reporting at a critical time,” an International Federation of Journalists spokeswoman told The New Daily.

It's nice to be home but deeply disappointing to leave China under such abrupt circumstances. It's been a big part of my life & the past week was surreal. A very big thank you to the ABC, friends, colleagues & those involved at DFAT. Plus @MikeSmithAFR for sharing the ride out. pic.twitter.com/zkJEV4Oa27

Bill Birtles, the ABC’s correspondent in Beijing, and Michael Smith, an Australian Financial Review reporter based in Shanghai, both flew into Sydney on Tuesday morning after fleeing China following unexpected police attention.

The ABC said both journalists had been told by Australia’s Department of Foreign Affairs and Trade that they should consider leaving China, amid what the ABC called “threatening behaviour from Chinese officials”.

Birtles had been booked to fly back to Australia last Thursday, but police arrived at his Beijing home late on Wednesday to tell him he had been placed on a travel ban and would need to report for questioning the next morning.

On Sunday, accompanied by the Australian ambassador, Birtles gave an interview on the condition his travel ban be lifted. As this episode was occurring, a similar situation faced Smith in Shanghai, as he took refuge in the Australian consulate there and also faced questioning.

The two journalists were eventually allowed to leave China, arriving back in Sydney on Tuesday.

“It’s very disappointing to have to leave under those circumstances, and it’s a relief to be back in a country with a genuine rule of law,” Birtles said on his arrival.

“This was a whirlwind, and it’s not a particularly good experience. It’s just good to be home.”

Foreign Minister Marise Payne issued a short statement, confirming that “our embassy in Beijing and consulate-general in Shanghai engaged with Chinese government authorities to ensure their wellbeing and return to Australia.”

“The Australian government continues to provide consular support to Australian citizens detained in China, including Ms Cheng Lei. We are unable to provide further comment owing to privacy obligations.

"It’s a relief to be back in a country with a genuine rule of law," ABC China correspondent @billbirtles said as he arrived in Sydney alongside @MikeSmithAFRhttps://t.co/5bAzO16j4j #auspol pic.twitter.com/MarGeS2d11

The diplomatic high-wire act, carried out in secret in recent days, was praised when finally revealed on Tuesday – but many slammed China’s pressuring of foreign journalists.

AFR editor-in-chief Michael Stutchbury and editor Paul Bailey said the incident was “regrettable and disturbing and is not in the interests of a co-operative relationship between Australia and China”.

“Journalists should be able to do their work safely without the risk of intimidation or arbitrary detention,” she said.

Australia’s Media, Entertainment and Arts Alliance – the union representing journalists – said it was outraged at the news.

The International Federation of Journalists said media in China faced “continued intimidation and harassment”, which had escalated in recent months, with at least 17 reporters expelled from the country or having their visas revoked in just the first half of 2020.

“It presents a gravely concerning picture of authorities who desire total control of the information going out of China to the world,” an IFJ spokeswoman said.

Dr Kevin Carrico, a senior lecturer in Chinese studies at Monash University, said the episode was a shocking escalation of long-term harassment of journalists by the Chinese government.

“It’s a reflection of the extremely dangerous and unpredictable situation we see in China at the moment,” he told TND.

“It’s disturbing because nobody really knows what’s coming next.”

‘A relief to be back’: Australian journalists flee China after midnight police visit