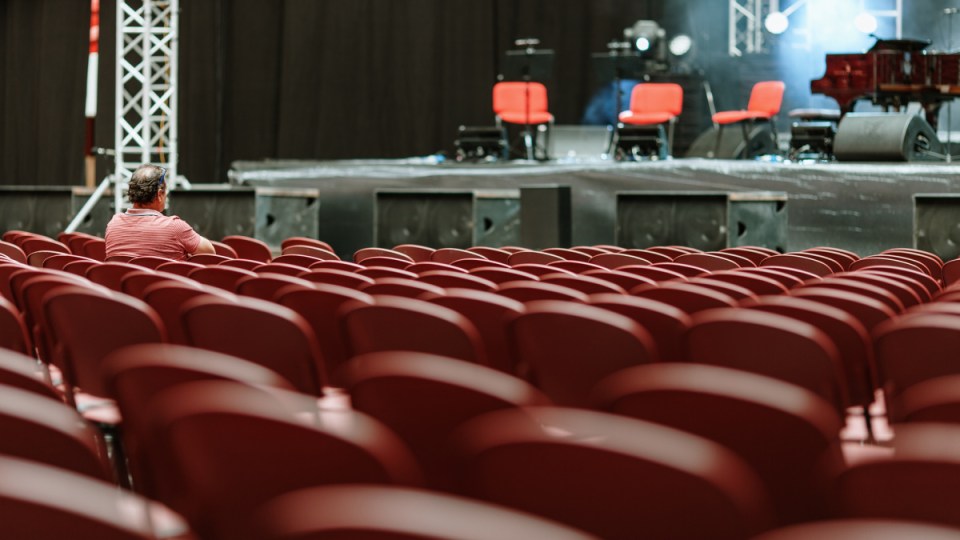 Music venues are still waiting for the money they were promised. Photo: Getty

APRA AMCOS said the industry faced its “worst crisis in 100 years”, claiming venues faced a hit of at least $500 million in lost ticket sales alone – and groups representing artists and festivals say “virtually nobody” will be helped by large parts of the government’s stimulus.

Acting chief medical officer Professor Paul Kelly told The New Daily last month that big concerts were “relatively high risk”, and work to get them started again or to consult with industry was “not front of mind” for authorities.

Industry bodies are now pushing a suite of ideas to resuscitate the sector, including government subsiding empty seats, or offering HECS-style loans to venues.

Essentially every major music concert since March – from Splendour In The Grass and Tamworth country music festival, to Download festival and Falls – has been cancelled. Only recently have some venues started experimenting with seated, socially-distanced gigs.

The federal government committed over $300 billion for recovery, but only a small percentage has gone to entertainment – among the first industries to be shut down, and among the last to fully reopen.

The bulk of these funds are available to the entire performing industry including theatre and dance, not just music, including a $75 million seed funding initiative called RISE.

It took until mid-August for funding guidelines for only half the project to be approved by arts minister Paul Fletcher, and money may not start flowing until the end of 2020.

But industry figures say the largest part of the support – $90 million in ‘ShowStarter’ loans – will be useless to many.

“The music industry has never relied on banking or finance to fund it,” Mr Waters said.

Julia Robinson, general manager of the Australian Festivals Association – representing some of the country’s biggest concerts – feared the support would not be enough.

“Our members worry that once RISE has been used, and JobKeeper and JobSeeker run out, we will start losing parts of our industry forever,” she told The New Daily.

“While some states and territories have begun to reopen, the ecosystem is unbalanced and is therefore still at risk of devastating losses across the board.”

Others in the music landscape told The New Daily “virtually nobody would be willing to take a loan” to finance events. Many major festivals only operate on a model of financing the next event with the previous year’s takings.

Also in the support package was $50 million in insurance assistance for the screen industry, in case of COVID interruptions.

This was not extended to music.

Music figures worry that even when festivals can resume, they will be unable to obtain COVID-related insurance.

Ms Robinson said if events were forced to shut down at the last minute for COVID reasons, festivals would be liable for huge fees for last-minute cancellations – a risk few would take.

“Ticket Cancellation insurance in the event of an outbreak or reintroduction of restrictions is simply not available, placing considerable risk back on the promoter,” Ms Robinson said.

“I’m surprised the government hasn’t made the money available now, as effectively pandemic insurance, in the event of more restrictions,” he told The New Daily.

“There’s insurance for the film industry but they haven’t designed the music money that way. It would allow commercial confidence for organising to start. Industry has been talking about it for months.”

But the biggest fear for some is around highly-skilled lighting and sound technicians being lost to the profession.

While some music venue workers are eligible for JobKeeper – dubbed a “lifesaver” by Ms Robinson – many technical workers are employed on short-term or gig-to-gig contracts, disqualifying them from the wage subsidy.

“There is a skills drain. It’s not something you can simply turn back on at the end,” Mr Waters said.

“The pandemic has pressed pause on their jobs. The government package presumes they’ll be permanently available, but without support to start up again,” he said.

Novel ideas in the works

While large concerts are cancelled, some musicians have tried new ideas – like drive-in concerts or seated gigs – to get money flowing and give fans a live music fix. However, Ms Robinson said these “will simply not be commercially viable” in the long run.

Mr Waters said industry figures had a range of novel ideas for government, including HECS-style loans to be repaid once profits return, allowing border exemptions for musicians to undertake tours or public funding to subsidise empty seats in socially-distanced gigs.

“If they want the industry to be there when the restrictions lift, it’s time for them to start looking at the music industry specifically,” he said.

“It’s a unique situation. This is a business very much at risk which requires specialised intervention.”

The summer Australian music died: Helpless industry on the verge of COVID collapse