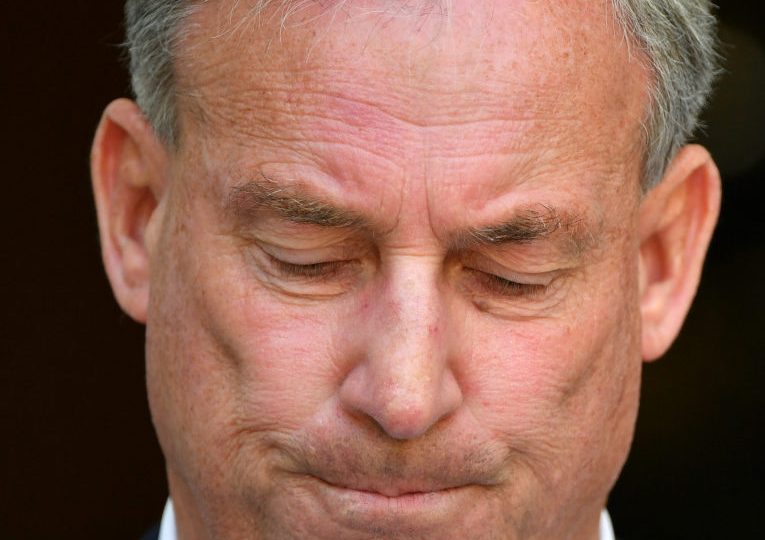 The Senate has censured embattled Aged Care Minister Richard Colbeck over bungles in management of COVID outbreaks in nursing homes, in a rare procedural motion meaning the parliament officially rebuked his actions.

At least 460 people have died of coronavirus in Australian aged care homes, with Senator Colbeck facing mounting calls to resign.

Labor moved the censure motion on Thursday, claiming the minister had failed to take responsibility for damning mistakes in the Commonwealth-run sector – including well-publicised failures in infection control, supply of personal protective equipment, and breakdowns in communication between facilities, government and families.

The censure came just days after bombshell revelations that the Commonwealth’s Aged Care Quality and Safety Commission had paused important inspections of nursing homes for nearly three months, at the height of the pandemic.

Labor’s Senate leader Penny Wong said the minister had lost the confidence of parliament and should resign, following revelations earlier on Thursday that 100 older Australians were being raped, assaulted and killed in aged care facilities each week.

“This is appalling, it is distressing, it is shocking but most of all it is unacceptable,” Senator Wong said.

Shortly after, Prime Minister Scott Morrison noted in Question Time that censures are “not a new thing”.

A censure does not mean the subject is compelled to resign or take any action, but is recognised as a formal condemnation.

“While ministers are neither appointed nor removed by the Senate, they are accountable to it. If there is dissatisfaction with the performance of a particular minister, a censure motion may be moved,” according to the Australian Parliament House website.

“Although a resolution of the Senate censuring the government or a minister can have no direct constitutional or legal consequences, as an expression of the Senate’s disapproval of actions or policies they may have significant political impact.”

Senator Wong’s motion called on the upper house to censure the minister for “failing to recall the most basic and tragic facts about aged-care residents” – following his embarrassing failure to remember the number of deaths in the Commonwealth-run sector during a Senate hearing in August.

Senator Colbeck has apologised several times for the blunder, but was criticised last week for exiting the Senate as Labor responded to his statement to parliament.

Senator Wong alleged the government “failed to protect aged-care residents from COVID-19 by ignoring … warnings from experts and unions”.

The motion passed 25-21, with Senator Wong noting that all crossbench senators joined to condemn the minister.

In a press conference, she later said it was the first time in five years that the Senate had supported a censure motion against a frontbencher.

“It’s an expression of the lack of confidence in the handling of his portfolio,” Senator Wong said.

She also criticised the revelations that the aged care regulator quietly paused unannounced inspections of nursing homes for 11 weeks in March, soon after the sector’s first major COVID outbreak at the Dorothy Henderson Lodge.

“We don’t have enough transparency around what the regulator is and isn’t doing. The fact these visits stopped during COVID-19, and the public was not told, I think is a failing of the minister,” she said.

“It is incomprehensible that we did not have the regulator looking at aged care facilities during COVID-19 outbreaks.”