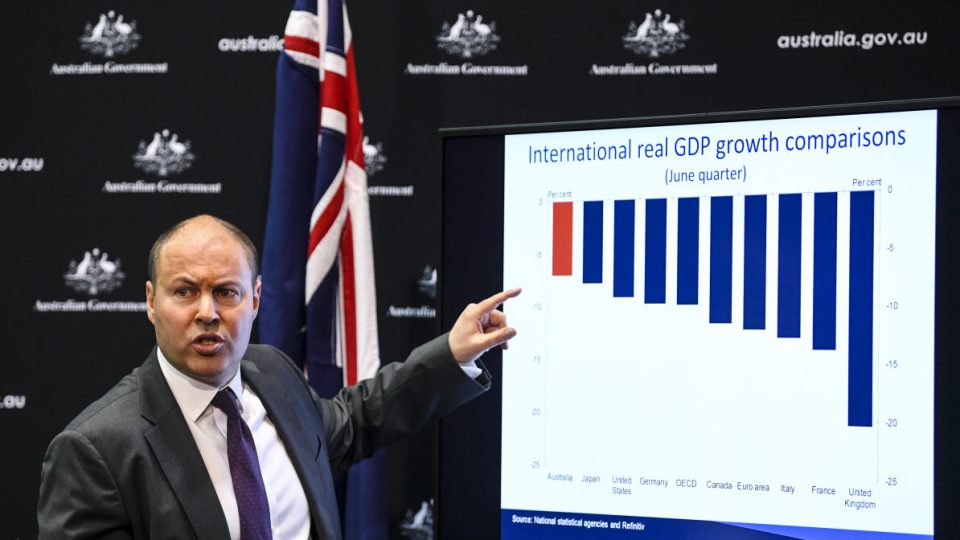 Tax cuts might be part of the federal government’s COVID economic recovery plan, but slashing public spending has been slammed as creating an “inequality grenade” that will further exacerbate already yawning social divides opened up during the pandemic.

The Coalition government has $160 billion in tax cuts for higher-income earners scheduled for 2022. But the cuts might be brought forward to as early as the October federal budget.

“The tax cuts are in three different stages, and we are considering the timing of those tax cuts, and any announcements would be made in the budget,” Treasurer Josh Frydenberg said on Wednesday.

Alison Pennington, senior economist with the Centre for Future Work at The Australia Institute, said fast-tracking billions in tax relief for the already well-off would spell “danger” for the wider economy.

“The concept of a consumer-led rebound is fantasy,” she told The New Daily.

“The sectors the government talks about as leading a ‘business-led recovery’ are too shocked to help.”

With Australia facing what she called a “Depression-level” labour market crisis, unemployment to spike toward 10 per cent by Christmas, and millions reliant on welfare, Ms Pennington said the government should look to large-scale nation-building projects instead of tightening the belt.

“A mass public-led investment program is the only option, with a crisis this deep and severe,” she said.

“I liken it to the 1940s reconstruction effort. You can make comparisons between the pandemic and [World War II]. You need mass sustained public investment projects. The war got the economy ticking again, but the question was, how do we make sure we don’t slide back into depression when war ends?”

She also said cutting taxes, besides just being a lost opportunity to invest in nation-building projects, would simply speed up already widening inequality in Australia.

With tax cuts useful only for those with a job, and with unemployment projected to hit 10 per cent, Ms Pennington said it did not help the worst-off in society.

“There’s every risk that tax cuts compound and accelerate existing inequality. It will set off an inequality grenade – more inequality in jobs, housing and tax outcomes will drive a greater wedge between Australians,” she said.

“People on high incomes now are already saving, not spending. The people who spend extra money are the poor.”

“This crisis is revealing trickle-down economics has never been the case. The government is not responding to this crisis, but instead taking policies from pre-crisis and trying to flog them. People and business need them to step up to the challenge, and they’re refusing, so I only see danger or harm in this policy.”

APAC economist Callam Pickering told TND on Wednesday that the government should show some ambition instead of just falling back on standard calls for tax relief.

The Morrison government has been under heightening pressure to lock in an increased rate of the JobSeeker welfare allowance.

A temporary coronavirus supplement to the poverty-level payment will fall from $550 a fortnight to just $250 within weeks, and Prime Minister Scott Morrison is resisting calls to specify what the post-pandemic level of JobSeeker will be.

A report from the Australian Council of Social Services on Wednesday projected the number of Australians in poverty would rise to 3.5 million – a rise of 33 percent – once income support measures such as JobSeeker and JobKeeper are wound back.

Labor’s shadow social services spokeswoman, Linda Burney, called on the government to lock in a long-term increase to JobSeeker, as part of the economic recovery.

“People on JobSeeker spend their money, they inject into the economy. It’s an absolute economic disaster for some sort of idea for a snapback at the end of September,” Ms Burney said on Thursday.

Labor has declined to put a number on its favoured JobSeeker increase, but has long maintained the pre-pandemic rate was too low.