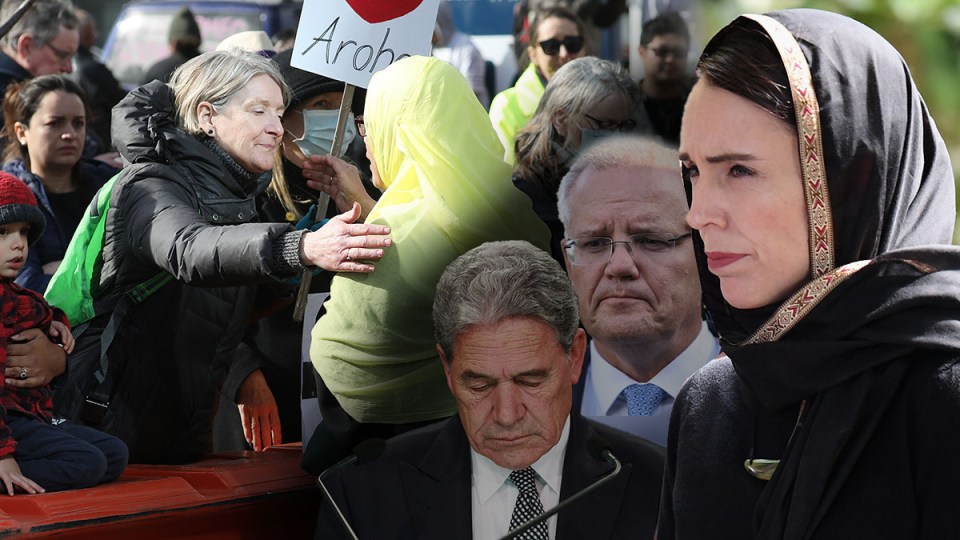 The terrorist responsible for the Christchurch terror attack will never be free again. Photo: TND

Despite a huge public outcry in New Zealand, the Australian white supremacist behind the Christchurch mosque terror attacks is unlikely to be transferred here to serve his sentence.

The public anger at the astronomical cost of jailing the Australian man for life in New Zealand is boiling over, but experts say no legal framework exists by which the man could be deported.

A new law would have to be passed to make it happen.

The terrorist, who was born in Australia and lived here until his 20s, was sentenced in a NZ court to life behind bars, without the possibility of parole on Thursday for killing 51 people in a massacre in March 2019.

He was also handed another life sentence for a charge of terrorism, as well as 12 years on each of 40 attempted murder counts.

The man will never be free again.

Public debate in NZ has turned to the cost of imprisoning the man for life in a maximum-security facility.

Alexander Gillespie, a professor of law at Waikato University, said New Zealand is spending more than $4500 a day to lock him up, “due to the extra levels of security” – about 15 times what it costs to detain a standard prisoner.

Deputy Prime Minister Winston Peters said after the man’s sentence that Australia should bear the cost of imprisoning him.

“The Islamic community and all of New Zealand has already suffered enough without having to pay astronomical prison costs to keep him safe in our prison system,” he said.

Earlier on Thursday, Australian PM Scott Morrison said Kiwi authorities had not officially made a request to export him to Australia.

“This is not a matter which the Prime Minister Ardern has raised with me. It’s normal practice that criminals convicted of these offences serve their sentences in that jurisdiction,” he said.

Justice today was delivered to the terrorist and murderer for his cowardly and horrific crimes in Christchurch. Today we send our love to our New Zealand family and hope it may be another day of healing for everyone affected by this terrible atrocity.https://t.co/yedUTZjfiN

“The world must never see from, of him, or hear from him ever again,” he said.

Labor shadow minister Tony Burke said Australia had “a level of responsibility” for the man, and that he “would expect that Australia will be constructive in any requests that come from NZ”.

Professor Gillespie told The New Daily there was a huge public debate in NZ over whether Australia should take back the terrorist and imprison him in one of our jails.

Kiwis are upset, he said, about the federal government’s controversial policy of deporting NZ criminals after they finish a sentence in Australia – adding that some of his compatriots believe the favour should be returned with the Christchurch shooter.

But it’s currently impossible for this to happen, and unlikely it could ever happen, due to a lack of such a prisoner exchange agreement between Australia and NZ.

According to Attorney-General Christian Porter, no deal exists to make this happen, as NZ does not have any agreements with Australia under the International Transfer of Prisoners Act.

Australia has such agreements with about 70 nations around the world, but not NZ.

Professor Gillespie said there currently existed no agreement and said this could be a chance to create one, and also smooth over tensions in NZ about Australia’s policy of deporting criminals.

“That has caused a lot of difficulties between the two countries, and we shouldn’t be like this. It could be an opportunity to find some middle ground over difficult issues,” he said.

“Whereas New Zealanders have a taken a hard-nosed approach to Kiwis caught overseas, we’ve got out noses out of joint over Kiwis serving time in Australia. Here’s a way to solve a problem, which is a bugbear between our countries.”

“I think this issue should be viewed in light of Australia’s moves to deport many New Zealanders for criminal offences committed here. Hence, NZ calls are justifiable,” he told The New Daily.

“I think a clear prisoner transfer agreement would be the best way to do this.”