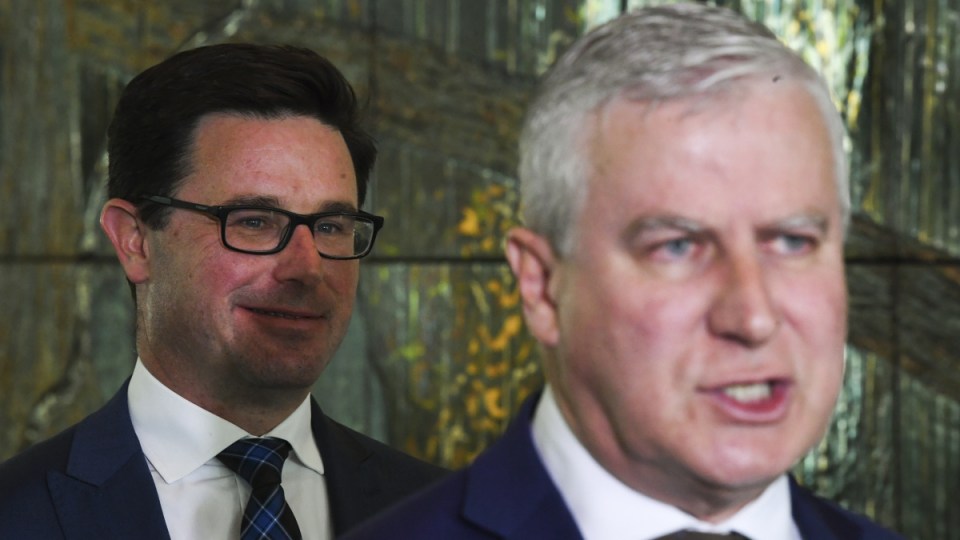 An eerie historical echo has rung through Canberra as new rumours swirl over the future of Nationals leader and deputy Prime Minister Michael McCormack, with a federal MP borrowing a famous phrase Scott Morrison used just days before Malcolm Turnbull was deposed in 2018.

Mr McCormack, the member for Riverina, has rebuffed reports that his leadership of the Nationals is under threat. It comes after a report in The Australian newspaper on Monday, citing unnamed “senior” sources that Mr McCormack was facing “growing internal pressure” over his position, and could face a leadership challenge before Christmas.

He was elected Nationals leader and deputy PM in February 2018, succeeding Barnaby Joyce who resigned his position after a relationship with a former staffer came to light. Mr Joyce challenged again for the leadership in February, and Mr McCormack has faced several rounds of media reporting that unnamed party colleagues wanted to see him gone.

“Minister McCormack, the deputy Prime Minister, has my full support. I think this constant navel gazing is in no-one’s interests.”

But observers noticed the language of Mr Pitt, representing the Queensland seat of Hinkler, closely mirrored that of another Coalition colleague who was asked similar questions about a leader under pressure.

"Well my ambition is for the Nationals, it's for our leader, it's for the people I represent. I'm ambitious for the resources sector."

“This is my leader and I’m ambitious for him,” Scott Morrison said in 2018, throwing his arm around then-PM Malcolm Turnbull at a press conference – two years ago this week.

Just two days later, Mr Turnbull was voted out of the leadership by his colleagues, with Mr Morrison claiming the party room win and the office of Prime Minister.

The New Daily put the historical coincidence to Mr McCormack at another press conference on Wednesday.

“What did he say?” Mr McCormack said with a smile, after being informed of Mr Pitt’s comments.

Mr McCormack said “our party is united” and asked colleagues to “leave the personality and politics aside.”

David Littleproud, the minister for agriculture and member for Maranoa, has been cited in media reports as a possible future leader of the Nationals. Standing alongside Mr McCormack at the press conference, he told those spreading leadership gossip should “take a cold shower”.

“These silly games have to stop…the National Party isn’t changing their leader,” Mr Littleproud said, before taking a swipe at media reporting.

“It might give you some titillation while you’re here, we don’t give a rats… you can titillate all you like, we’ve had a gutful.”

When asked who he thought was leaking information to journalists, Mr Littleproud replied “we don’t really care”.

“Good luck to them.”

Earlier on Wednesday, he claimed the leadership talk was “absolute rubbish”.

“It’s nonsense. Michael McCormack will lead us to the next election, he is doing an outstanding job,” Mr Littleproud said.

Mr Joyce has denied being behind the rumours, but the Labor opposition has tied him to the leadership ructions. Opposition MP Stephen Jones claimed on Tuesday the Nationals were “a mob that can’t run themselves”.

“You’ve got the National Party, and there’s only 15 of them, they’re all related, they’re about as stable as a two-legged barstool and they can’t work out who amongst them is going to run the show,” Mr Jones joked.

“We’re in the middle of a global pandemic. We’ve got serious issues that we have to deal with.”