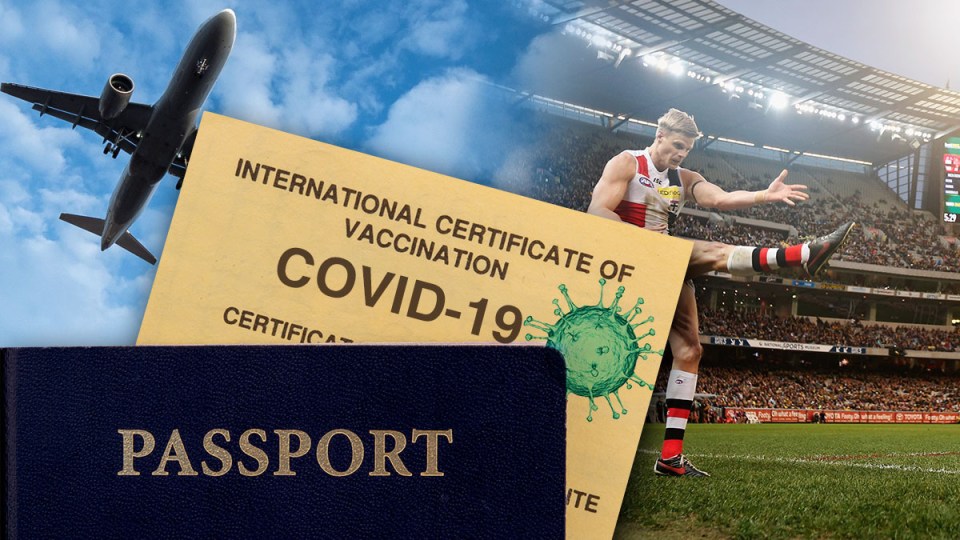 Amnesty has slammed the idea of 'vaccine passports' on human rights grounds, as the government looks at opening up. Photo: TND

Australians who choose not to get a coronavirus vaccine should have their freedoms cut, doctors argue, effectively leaving them in lockdown.

After Prime Minister Scott Morrison’s flip-flopped on whether a COVID-19 vaccine would be mandatory, Health Minister Greg Hunt said on Thursday the government would consider applying measures like ‘no jab no play’ if an effective inoculation is developed.

“It won’t be mandatory, but it will be widely encouraged,” he told Channel Nine. “We are keeping on the table the existing mechanisms we have, such as ‘no jab, no pay [and] no jab, no play’.”

But there are growing calls from parts of the medical, and wider community to come down harder than that on those who might refuse a vaccine.

Dr Zac Turner owns medical clinics across the country. He is calling for the government to implement strict limits on the freedoms of those who refuse a vaccine.

“To achieve ‘herd immunity’ and completely eradicate the transmission of COVID-19, Australia would need about 80-95 per cent of its population vaccinated, which in reality may take up until late next year,” he told The New Daily.

At least two per cent of the Australian population cannot be vaccinated due to health reasons and to protect them, the rest of the nation will need to get it, he said.

“The problem is a bunch of clowns with degrees from the ‘University of Believing Everything They Read Off the Internet’ are espousing misinformation and lies that could seriously derail our country’s return back to normal,” he said.

Australia should implement a COVID-19 vaccine passport, or card, where those who have had the jab can freely travel around, attend sporting events, go to galleries and on interstate holidays, he said.

And those that haven’t should essentially stay living in some form of lockdown.

“The government should consider updating the current ‘yellow vaccination passport’ issued to Australians who receive vaccinations before visiting high-risk countries.

“These could easily be turned into electronic Vaccine Cards and offered to each Australian,” he said.

He said those who refuse to vaccinate should not be allowed to travel interstate, or on public transport without a mask.

“And when it comes to the private sector, businesses could refuse these anti-vaxxers from visiting their retail outlets, gyms, movie cinemas, restaurants, bars or nightclubs.”

The suggestion of mandatory vaccinations has sparked debate, with some calling for strict punishment for those who refuse and others suggesting punitive public health measures are doomed to fail.

On Thursday, One Nation leader Pauline Hanson weighed in, saying she “won’t be having it”.

She also declared, without evidence, that the death toll from COVID-19 had been exaggerated.

Vaccination uptake is a complicated thing, and often you get more flies with honey than other measures, said Dr Margie Danchin, from the Murdoch Children’s Research Institute.

“I think the important message is that its way too early to start talking about mandating a vaccine we don’t know anything about,” Dr Danchin said.

“The worst thing is to start talking about vaccine passports. You’ll lose those people who with a bit of communication will absolutely make the right decision themselves.”

There will be some Australians, the hard-core anti-vaxxers who will never get the jab, but the conversation around penalties will side-line others – those that are vaccine-hesitant, Dr Danchin said.

“Why are we pulling out a stick before we’ve given people the opportunity to understand it?“

“We need clear, transparent communication, so people can make a reasonable decision. I don’t think you can come out with a big stick, and say ‘Don’t ask questions, you just have to take it or you’ll be penalised in some way’.

“Everyone knows it won’t result in a good outcome. We want people to feel confident they are making the right decision.”