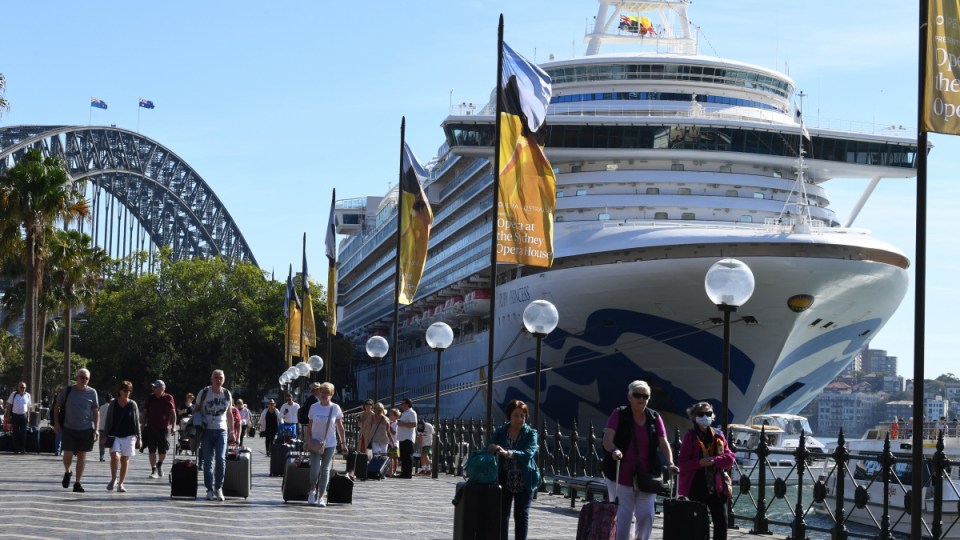 Further revelations in investigations into two of Australia’s biggest COVID outbreaks have emerged, with new information into clusters linked to the Ruby Princess debacle and Victoria’s botched hotel quarantine.

On Tuesday, federal agriculture authorities admitted failures by “omission” in the Ruby Princess being allowed to spew infected passengers into Sydney.

Later, in the latest instalment in a tit-for-tat saga, the Australian Defence Force again reiterated that Victoria was offered army assistance in enforcing quarantine arrangements for returning overseas travellers.

The NSW government’s special commission into the Ruby Princess calamity – which led to more than 600 infections and 20 deaths – placed the blame squarely at the feet of NSW Health, with Premier Gladys Berejiklian apologising and promising to implement the inquiry’s recommendations.

The commission all but cleared federal officials, but those same officials faced an inquisition from Labor senators on Tuesday.

Under questioning, the federal agriculture department admitted some of its members did not follow biosecurity protocols around the ship.

Department of Agriculture, Water and the Environment secretary Andrew Metcalfe admitted agriculture officials did not speak to the doctor on board the cruise ship before passengers disembarked.

“I now understand that the local application of the protocols at the Port of Sydney, in relation to cruise ships, was for my officers not to administer [traveller illness checklists] but to consult with medical officers on the ships to get notified of any health issues,” he said.

“I am advised that on this particular occasion our officer only relied on the NSW medical assessment.”

Labor senators, led by shadow home affairs minister Kristina Keneally, had tried to zero in on how the oral approval was obtained for passengers to disembark at 6.30am, about an hour before Agriculture spoke to NSW Health.

Senator Keneally suggested the approval might have been by omission, after Mr Metcalfe said his two officers didn’t stop people getting off the ship.

The ABF had been blamed for the bungle through much of the inquiry, but the NSW special inquiry cleared it.

While an ABF officer misinterpreted health tests of those onboard – mistakenly believing passengers had tested negative for coronavirus, when they had actually tested negative for flu – it has been ruled that this was not a deciding factor in the decision to let people off the ship.

ABF commissioner Michael Outram told the Senate committee the officer wasn’t required to be involved with the tests, but was trying to be “helpful” in assisting.

Later in the same Senate hearing, the Australian Defence Force waded into the ongoing battle between state and federal officials about whether army support was offered for hotel quarantine scheme for returning oversea travellers.

A bitter back-and-forth battle between Premier Daniel Andrews and federal ministers erupted last week, as Victoria’s quarantine bungles came under the spotlight in state parliament and an independent inquiry.

Earlier on Tuesday, the judicial inquiry heard about 90 per cent of Victoria’s current COVID-19 cases could be traced back to a family of four, with 99 per cent of cases linked to two quarantine hotels.

Much of the scrutiny has focused on why Victoria did not use ADF staff to help enforce hotel arrangements – the only state not to do so. Reports had emerged of errors made by private guards, with claims of lax infection control and inappropriate contact with quarantined travellers.

Mr Andrews said it was “fundamentally incorrect” that he knocked back ADF support, but Defence Minister Linda Reynolds flatly contradicted that, saying the offer had been made.

On Tuesday, Lieutenant General John Frewen, who heads the ADF’s COVID-19 task force, said 100 troops were put on standby in larger states – including Victoria – in March after Prime Minister Scott Morrison said they would be available.

Smaller states and territories had 50 troops put on standby.

General Frewen said NSW and Queensland took up the support within days in March.

It wasn’t until June that the army received a request for 850 troops from Victoria, he said. That request was withdrawn the next day.

“I’ve not had any conversations with the Victorian government about that (cancellation) request.”

General Frewen said 14 requests for support had come from Victoria. Eleven had been accepted, two withdrawn and one knocked back.

Troops have been at four aged-care homes in Victoria and are still helping with two.

Each has six ADF personnel.

More than 3000 troops are providing support around the country. About half of them are in Victoria.

The agreement for assistance expires at the end of September.