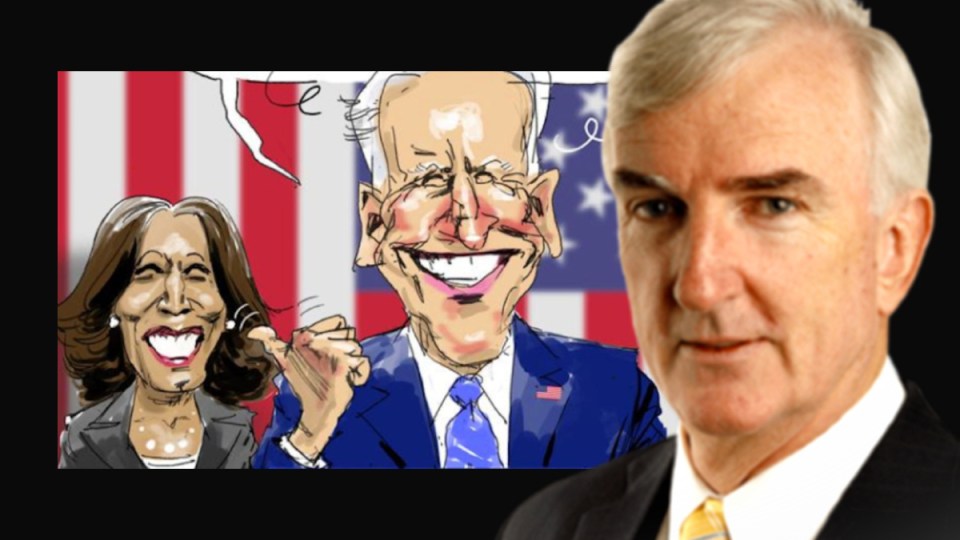 The cartoon speaks volumes about the standard of commentary, Michael Pascoe says.
analysis

Don’t believe them for a moment. Cancel Culture is the best thing capital C conservatives have going for them now and they know it. It is about the only thing going for them.

The traditional core Conservative rallying cry of “small government” – a euphemism for “lower taxes” – has taken a body blow from COVID-19.

In the Australian context, it’s hard to declare a budget surplus sacred when running a deficit on the way to $200 billion with gross debt on track for the trillion dollar mark.

Some privatisations have worked, but it’s a bit tricky to claim there’s something intrinsically superior about the private sector’s profit priority as the obscenity of aged care’s many failures are exposed.

Oh, you can rely on the usual crowd to continue to chant “lower taxes” and “industrial relations reform” as truisms, the formula for nirvana, but the cherry-picked economic modelling has not fared well in its collision with the real world.

The other Conservative plank of maintaining the status quo, of believing things are just fine the way they are, has also come a cropper.

The various shades of stagnation in the developed world before the pandemic hit (no, Virginia, the Australian economy was not “strong”), growing wealth inequality and atrophying middle-class living standards signalled the status quo was only fine for the fortunate relatively – very often the people with the money and the interest in promulgating the Conservative agenda.

With wealth inequality increasingly obvious, it also becomes harder to sell increasing income inequality by flattening our progressive tax system as a brilliant idea. The jury is in – ‘trickle-down economics’ is out.

Which leaves the drums of culture and history wars to beat, to rally outrage over alleged outrage.

Being Conservative is increasingly about being anti anything that might be labelled Left.

It works. Convince people that non-Conservatives are humourless threats to their individual freedom to buy Coon cheese, that the left are all loonies determined to remove “Cook” from the Captain Cook Hotel’s name, and some souls will not want to be associated with anything  “Left” i.e. anything not Conservative.

You might think they would have to be simple souls, that it is crazy to conflate Australian tax policy with the BBC temporarily censoring the “Don’t Mention the War” episode of Fawlty Towers, but if you can get away with it…

Heck, we’re a country that, for political reasons, managed to make climate change a Left v Right issue, one of only two to do so.

“Political correctness” – what a rational, middle-of-the-road person might consider civilised behaviour – has been turned into an insult, helped along by media beat-ups and the occasional over-the-top bit of, um, political correctness.

But there’s nothing accidental about the steady diet of ‘outrage over outrage’ dished up by the Murdoch media and camp followers. It’s policy.

I Googled “Mediawatch Captain Cook” to link to the fresh example of the Daily Telegraph’s don’t-let-facts-get-in-the-way-of-a-cancel-culture-story about Sydney’s Captain Cook Hotel, only to first see the blatant hyperbolic nonsense was happening over a Cook statue in 2017.

It is a gift to Peter Dutton, playing the professional oaf on Nine’s tabloid breakfast program, to have the chance to kick “Cancel Culture”.

Now that he’s released from politics, I wonder if Malcolm Turnbull regrets saying of the suggestion of putting Captain Cook in context “we can’t get into this sort of Stalinist exercise of trying to white out, you know, or obliterate or blank out parts of our history”.

Just as climate change has been tribalised with a lot of help from Murdoch, Conservative warriors seize the opportunity of the discomfort in owning our history and understanding a couple of centuries of ingrained racism.

It was only 11 years ago that American crooner Harry Connick Jr had to school Australia that blackface was not funny and was offensive. Until then, we, the great Australian enlightened, really had no idea.

Once it was explained, it was painfully, embarrassingly obvious. Maybe not to Sam Newman and friends, but to people of fair-to-average humanity.

We steadily evolve as a society. It’s very rare to find anyone looking down on divorcees now; it was once common. It’s no longer a crime to be homosexual; civilised people don’t care about other people’s sexuality. Mixed-race marriages no longer cause febrile pearl clutching; children aren’t labelled “half-castes” or subject to automatic seizure by the state.

Fighting against that evolution, making it a Conservative cause, further fuels our society’s decay into tribalism and echo chambers as our politics follow the sad American path of ‘locking in the base’.

This is not just a matter of sh-t-stirring shock jocks, morning television, Murdoch tabloids and Sky News. The alleged quality end of newspapers are in on it, either feeding the base or provoking it.

A letter I’ve just sent to the Australian Press Council this morning, lodging a formal complaint against Murdoch’s racist and sexist @KamalaHarris cartoon on Friday as being in violation of Press Council principles. pic.twitter.com/FOYNJK7SQK

Murdoch media have been captured by the monster they created.

Cue last week’s The Australian cartoon on Joe Biden naming Kamala Harris as his running mate.  Harry Connick isn’t here to explain the things that were wrong with it, but plenty of other people did.

Watching the Twitter storm, I had no doubt about how The Australian would play it.

Racism has no place in Australian public life. The Australian should pull today's offensive cartoon off their website, and issue an immediate apology. #auspol

The Oz has form in the racist cartoon stakes and likes the way it works, never mind its tabloid brothers.

I took another one for the team, dear reader, and surveyed The Weekend Australian’s online comments section on your behalf, headlined “Cartoon that caused a backlash not intended to promote racism”.

Of 210 comments as of 9pm on Sunday, the first six chosen by the paper were evenly split for and against the cartoon, distorting the readership’s view.

Of the next 50, only one was not in favour of the cartoon. I didn’t bother about the other 154. The echo chamber was in session.

There were (I presume) unintentionally funny lines – “In Britain, the Black Lives Matter leaders also direct their guns at capitalism, and it is a short step from there to a movement for anarchy”.

Yes, folks, it is only the thin red line of the profit motive protecting us from anarchy. And that could lead to dancing.

But what wasn’t remotely funny, or comprehensible, was this: “Australia has certainly had distasteful episodes in its treatment of our Indigenous people, especially in the 19th century”.

To describe the massacres, dispossession and subjugation of indigenous Australians as merely “distasteful episodes” beggars belief.

(Memo Tom and Jacinta: The slaughter continued well into the 20th century – the last officially-sanctioned massacre, on Coniston station, was in 1928, the perpetrators unpunished.)

I can only presume the sentence was designed to provoke outrage to be subsequently outraged about, as well as picking up brownie points from the Conservative gallery.

Populist racism, sometimes disguised as “culture wars”, has been very successful for the obvious nationalist Conservatives overseas – and there’s not much original about the local brand.