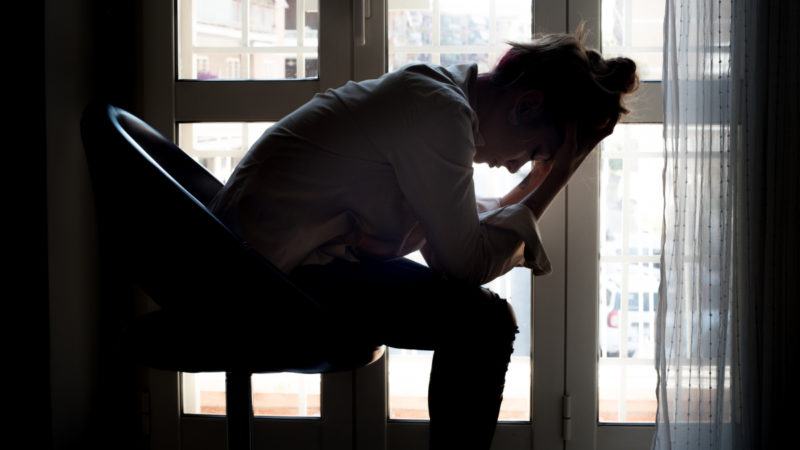 Federal support for COVID mental health issues has been slammed as “next to nothing” by a leading suicide prevention expert, with fears the pandemic will leave long-term “scarring” in the form of self-harm, divorce and domestic violence.

“Only $5 million for Headspace? You may as well have a bonfire, for the effectiveness it will have,” said John Mendoza, adjunct professor at the University of Sydney’s Brain and Mind Centre.

“It’s completely off the scale for what’s needed.”

Shocking statistics from Victoria’s latest set of lockdowns, shared earlier this month, paint a bleak picture of mental health in the state.

Victorian hospitals experienced nearly a 10 per cent jump in self-harm presentations at emergency departments in July, while for people aged under 18, that figure spiked 33 per cent.

In the same period, Victoria saw a 23 per cent increase in people presenting with mental health issues in acute care settings.

Victoria’s second set of stay-home orders was feared to have even worse psychological effects than the first, with people plunged back into lockdown after barely getting to enjoy some freedoms again.

Since the very beginning of the pandemic, federal officials had braced for spikes in domestic violence, mental illness, self-harm and suicide.

In recent weeks, state and federal governments have tipped in millions in a series of mental health funding announcements to address how young people, especially, are struggling.

The federal government contributed another $12 million for phone services like Headspace, Beyond Blue, Lifeline and Reach Out, as well as boosting the number of Medicare-subsidised psychologist visits from 10 to 20 for Victorians, and upping the capacity of phone telehealth services.

Lifeline said in June it had received a record number of calls in March, with 90,000 calls – a 25 per cent increase on the year before, or one every 30 seconds.

Together with mental health organisations, experts & leaders we are pleased to LAUNCH #GettingThroughThisTogether, which offers practical online TIPs to support the mental health & wellbeing of uniquely affected groups & all Australians, during #COVID19. https://t.co/DeIgu7U3bc

“Since January 2020, the Australian government has announced a number of emergency response measures, totalling more than $500 million, to support the mental health and wellbeing of Australians through the COVID-19 pandemic,” Health Minister Greg Hunt said earlier this month.

But Mr Mendoza, formerly chair of the National Advisory Council on Mental Health and chief executive officer of the Mental Health Council, said the response so far had been “woefully inadequate” for dealing with the long-term problems he fears the pandemic will leave.

“They sound like reasonable things, but the helplines we have are grossly inadequate … we’re putting all our weight on volunteers to respond to very distressing situations,” he told The New Daily.

“Crisis lines are an effective response, but it’s as though they’re the only show in town.”

Mr Mendoza called $5 million of funding to Headspace mental health centres, for instance, “next to nothing”.

“In building capacity to deal with the enormous pressures on young people, amid escalating demand, it’s very little,” he said.

“Same as for older people, isolated in homes. For every group I see as vulnerable to mental health, there’s been virtually nothing from the federal government.”

Mr Mendoza said he was aware of some facilities in Melbourne experiencing a 50 per cent surge in mental health-related admissions in recent weeks.

He said that, in contrast to sophisticated tracking and tracing of COVID cases, psychological professionals were “flying blind” because of what he said was a lack of data being collected around the pandemic’s mental health impacts.

“The hospital figures are quite frightening,” she told The New Daily.

“We need treatment but also prevention. There will be COVID issues impacting young people for years, like unemployment. There’s much more we could be doing to get young people the skills to get through.”

33% increase for self harm presentations to ED for young people in Vic. Alarm bells – NSW we must act now. https://t.co/dImRcnY0n1

Dr Murrihy said due to the development of young brains, teenagers could be especially prone to distress at isolation and detachment from peers.

“They’re trying to work out their career, relationships, study, cost of living, and COVID has brought a lot of uncertainties,” she said.

“This is, in some ways, a big psychological experiment. We don’t know what the outcomes will be for young people, but they’re in a vulnerable position to start with.”

Both experts said extending Medicare-subsidised psychologist visits was a good start, but that the boost should be rolled out nationwide.

“Melbourne is not the only place impacted. The COVID figures teetering on the edge in NSW has been a very stressful thing, so I’m not sure why that would only be in Victoria,” Dr Murrihy said.

Mr Mendoza feared the benefit would only be small, saying people who need extra help – many of whom may be on lower incomes – would likely still have to pay more than $80 a session.

“To expect people will benefit when you’ve still got to pay that much out of pocket, it’s just window dressing,” he said.

Mr Mendoza compared the situation of young people today to those who were leaving school or university during the 1991 recession, which battered employment and savings.

“That cohort of young people had the highest rates of youth suicide on record. I expect this to be worse,” he said bluntly.