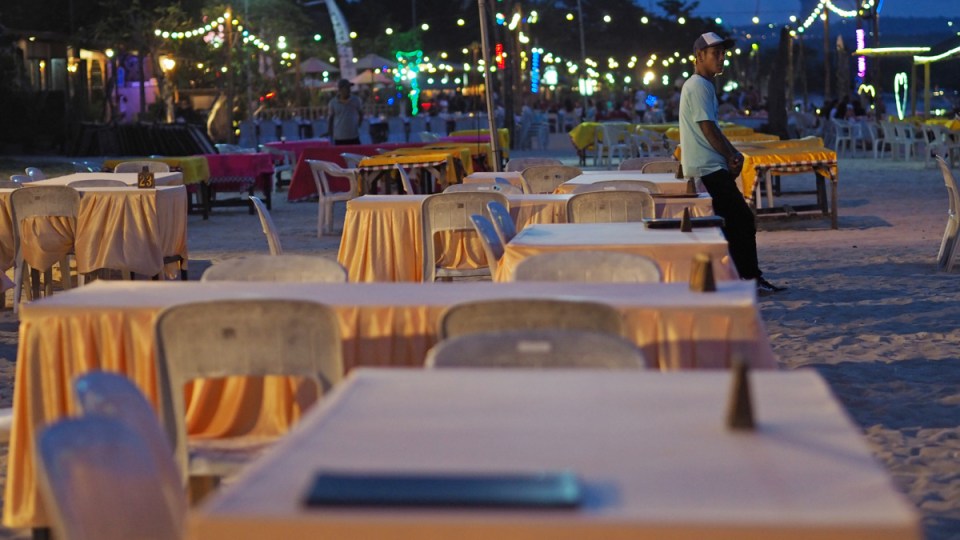 Aussies in Bali will have to pay $100 a day from this week to remain in the country, or come home and face huge hotel quarantine bills. Photo: Getty

Thousands of expat Aussies living in Bali face hefty quarantine bills back home after Indonesia’s immigration authority ruled it will not automatically extend expired visas or stay permits beyond Thursday.

With Western Australia still accepting up to 525 international passengers a week, Premier Mark McGowan is seeking urgent advice about the potential influx of people from Bali after their visas are set to expire.

Coronavirus rates are steadily climbing in Bali while Indonesia has officially clocked up more than 140,000 infections and more than 6000 deaths.

Mr McGowan said on Monday he hadn’t been contacted about the issue but would seek advice from the Commonwealth.

“We’ll obviously have to follow up urgently,” he said.

In March, up to 7000 Australians were allowed to stay in Bali on a free emergency visa when the global pandemic hit, but last month Indonesia ruled that foreigners could only stay if they paid for monthly extensions.

People who didn’t comply, or who are rejected for a sponsored “social visa”, will be fined 1 million rupiah ($120) a day from August 20.

Two ex-pat Australians living in Bali told the ABC they found the rules confusing, while the skeleton staff at the Australian consulate in Bali struggled to renew passports.

One man, Dean Vlassco, who had been living in Bali for 12 months, packed his bags and headed to Europe rather than return home and face a $3000 quarantine bill.

“We were constantly told we could stay and there’d be no change until the pandemic was over.

“Then suddenly they changed the regulations from nowhere, and we had 30 days to extend. We’d have to extend monthly.

“I’ve had a nice life here. But the uncertainty has been really difficult to deal with,” he said. “A lot of the world is closed. So people don’t know where to go.”

Mr McGowan said he hoped legislation allowing the state to charge returned travellers for hotel quarantine would pass through parliament this week.

He said about 10 per cent of travellers would be eligible for exemptions to the charge in hardship cases, but said people had had six months to return home.

“People have now had six months to come home.

“There’s a limited set of exemptions in hardship cases. We expect there’ll be about 10 per cent of people eligible for that. But other than that, people will be paying.

“Obviously we have to cope with large numbers of people still coming into the country. At any given point in time we have between 1200 and 1500 people in quarantine hotels.

“What we don’t want to have happen is problems in running those as they’ve had in Victoria and that’s really a numbers game,” he said.

The Department of Foreign Affairs and Trade’s Smart Traveller website warns flights to Australia are very limited and those who overstay permits could also face detention or deportation.

It is unclear what impact the potential influx of returned travellers will mean for existing caps on international arrivals.

Mr McGowan did not rule out a return to having people quarantine on Rottnest Island, saying it could be closed and repurposed within three days.

“Some of the health professionals don’t particularly like Rottnest because it has some distance from the hospitals,” he said.

“But my view is it’s a great fallback option, particularly if we have a large number of people that we might not have expected come in from overseas.”

The ABC reported Indonesia has denied it has rejected any visa applications, and says it is helping foreigners so they can stay in Bali or elsewhere until after the pandemic is over.

“Indonesia is giving foreigners the chance to stay here until flights become available for them to leave,” Eko Budianto, from Bali’s Immigration Division, said.

“We’re not forcing them to leave. We are helping foreigners so they can legally overstay in Indonesia.”