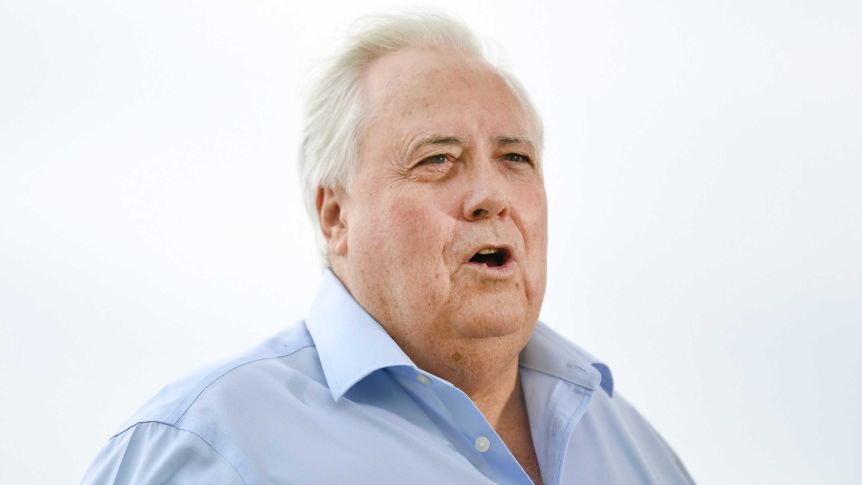 Mr Palmer says his legal claim against the WA government is now protected by the Constitution. Photo: AAP

Clive Palmer is claiming a significant victory in his multibillion-dollar legal battle with the West Australian government, following an order by the Queensland Supreme Court.

The latest development in a battle worth potentially $30 billion, according to the WA government, has seen awards made in arbitration in favour of Mr Palmer formally registered by the Queensland court.

The row centres on the former WA Liberal government’s refusal to allow Mr Palmer to develop his Balmoral South iron ore project into a mine, which he planned to sell to a Chinese-owned entity.

However, the Queensland court action has put a substantial cloud over the WA government’s legislation before state Parliament, which seeks to urgently terminate Mr Palmer’s legal action.

The bill was passed by the Lower House of WA’s Parliament on Wednesday and looks set to pass the Upper House overnight.

No point in passing law: Palmer

But Mr Palmer said the decision by the Queensland court meant the awards were now protected under the constitution.

“Now that the Awards have been registered in the Queensland Supreme Court, there is no purpose to continue the draconian and disgraceful legislation,” Mr Palmer said.

“Even if (WA Attorney-General) John Quigley has the legislation passed in Parliament it will be invalid under our Constitution.”

A spokesman for WA Premier Mark McGowan said the government was seeking advice about whether the Queensland court order could be set aside or appealed.

WA has warned Mr Palmer’s case could “bankrupt the state” and lead to the closure of schools and hospitals, which is why it argues the “unprecedented legislation” to terminate his legal action is necessary.

Mr Palmer had already indicated it would be challenged in the High Court.