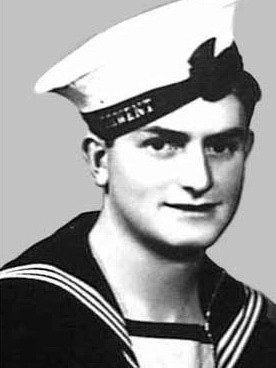 Tasmanian Sheean, an 18-year-old with less than two years at sea, was an Ordinary Seaman on the minesweeper HMAS Armidale when it came under heavy attack from Japanese aircraft off the coast of what is now Timor-Leste in 1942.

Mr Sheean is recorded as helping launch life rafts before returning to his anti-aircraft gun to fire at enemy aircraft that were strafing his shipmates as they floundered in the water, despite the order having been given to abandon ship.

Witness accounts from the day have him firing as the ship sank.

He was never seen again.

Mr Morrison said he had accepted the findings of the expert panel.

“That there is compelling new evidence in support of higher recognition for Sheean, that Sheean was done a substantial injustice in consideration of his actions in the original decision-making period in 1942 to 1943,” he said.

“And Sheean’s courageous sacrifice of his life to save his shipmates makes him eligible for the Victoria Cross for Australia and the highest level of recognition should be accorded in this exceptional case.”

“I would say to all Australians as we live through the most significant adversity in our lifetimes, approaching the 75th anniversary of the Second World War, let Teddy Sheean inspire us to be a people that are selfless, caring and brave,” he said.

Previous attempts at having Sheean awarded a VC have been unsuccessful, with a 2013 inquiry finding Sheean’s actions “did not reach the particularly high standard required for recommendation of a VC”, and the United Kingdom’s Ministry of Defence refusing to consider him for the accolade in 2017.

A Defence Honours and Awards Tribunal recommended he receive the honour after holding hearings in 2019.