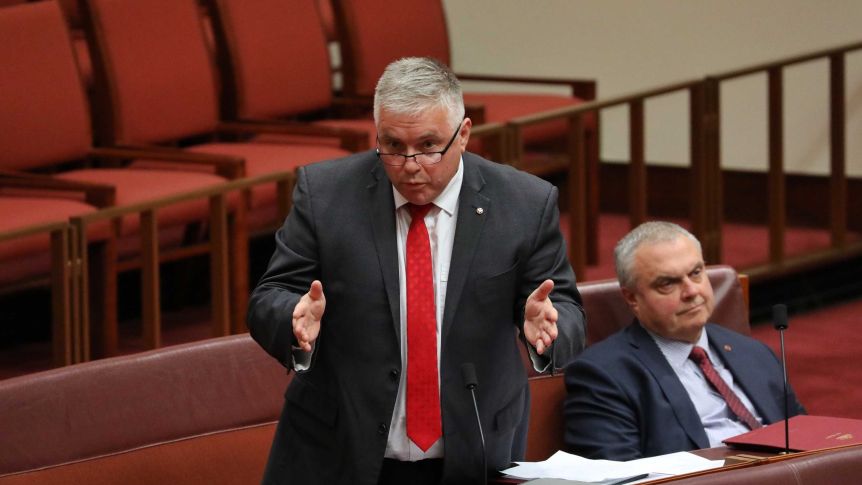 South Australian crossbench Senator Rex Patrick has quit his Centre Alliance party and will contest the next election as an independent.

Senator Patrick, a former staffer for Mr Xenophon, has been an outspoken critic of the next-generation submarine contract and government transparency during his time in office — seeking to emulate the high profile of his predecessor.

“I was honoured to replace Nick Xenophon as a Senator for SA,” he said in a statement.

“In the thirty-three months since then I have done my best to represent our great state, initially as a member of the Nick Xenophon Team and then as part of Centre Alliance.

“I have concluded that in seeking to continue to represent SA, and to ensure that our state’s Senate representation includes a voice from the political centre, the best way forward for me is to strike an independent path.”

On Sunday night, Senator Patrick’s name had been removed from the Centre Alliance website.

His own website spruiked achievements he claimed, such as blocking the takeover of major Australian gas pipelines by a Chinese controlled company, and extra protections for whistleblowers.

It outlined three main policy platforms: promoting Australian manufacturing, “keeping the bastards honest” through measures such as a federal anti-corruption commission and changes to Freedom of Information laws, and reform of the Murray-Darling Basin.