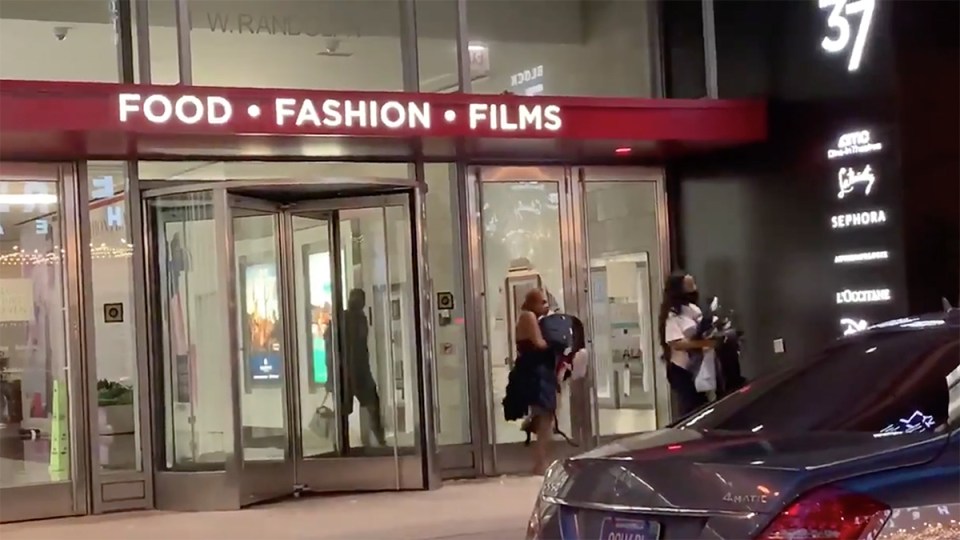 Hundreds of people have smashed windows, stolen items from stores and clashed with police in Chicago’s Magnificent Mile shopping district and other parts of the city’s downtown.

At one point, shots were fired at police and officers returned fire, police spokesman Tom Ahern said on Twitter.

No officers were injured in the shooting.

It wasn’t immediately clear what led to the unrest, which began shortly after midnight, but anti-police graffiti was seen in the area.

Hours earlier, dozens of people had faced off with police after officers shot and wounded a person on Sunday in the city’s Englewood neighbourhood.

Along the Magnificent Mile, people were seen going in and out of stores carrying shopping bags full of merchandise as well as at a bank, the Chicago Tribune reported, and as the crowd grew vehicles dropped off more people in the area.

One officer was seen slumped against a building, several arrests were made and a rock was thrown at a police vehicle, the newspaper said.

Hundreds of people swept through the Magnificent Mile and other parts of downtown Chicago early Monday, smashing windows, looting stores and clashing with police for hours https://t.co/oUd3diKaDm

Police worked early on Monday to disperse the crowds.

In the earlier shooting in Englewood, police said in a statement that they responded about 2.30pm on Sunday to a call about a person with a gun and tried to confront someone matching his description in an alley.

He fled from officers on foot and shot at officers, police said.

Officers returned fire, wounding him, and a gun was recovered, police said.

All bridges up in Chicago to prevent access to downtown. @cbschicago pic.twitter.com/KutdT8Nbc6

More than an hour after the shooting, police and witnesses said a crowd faced off with police after someone reportedly told people that police had shot and wounded a child.