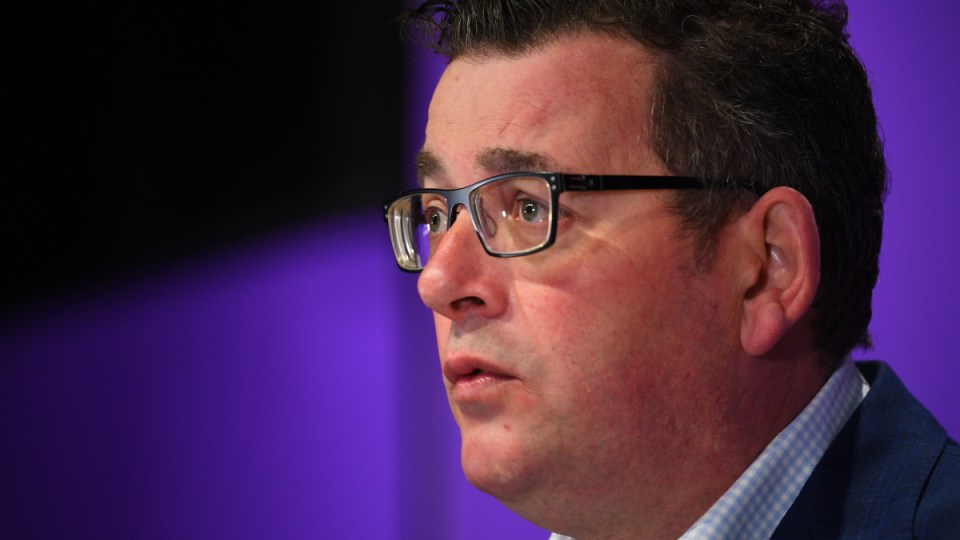 A woman who refused to wear a face mask has allegedly smashed the head of a Melbourne police officer into a concrete path, one of dozens of anti-mask and “sovereign citizen” incidents in recent days.

Victorian Premier Daniel Andrews called the attack “disgraceful”, while police said also said they had been forced to break multiple car windows to arrest people who were “baiting” officers and refusing to provide personal details.

Victoria Police issued at least 161 fines on Monday for people breaching lockdown rules. Among them, according to Police Minister Lisa Neville, were people breaching the 8pm curfew – including one man out for a drive and another who said he was leaving home to buy a car.

But at least 60 fines were doled out to people refusing to abide by the state’s mandatory face mask order.

Police commissioner Shane Patton said officers had been troubled by the emboldening of people considering themselves as “sovereign citizens”. Such people, often energised by social media groups, follow conspiracy theories and claim – based on inaccurate readings of the constitution and other legal statutes – that they are not required to follow certain laws.

Mr Patton described “small groups, but nonetheless concerning groups” of people “who don’t think the law applies to them”.

“We’ve seen them at checkpoints baiting police, not providing a name and address,” he said.

“On at least four occasions in the past week, we’ve had to smash the windows of cars and pull people out to provide details because they weren’t adhering to the chief health officer’s guidelines, they weren’t providing their name and address.”

Several recent instances of people trying to evade police checkpoints or refusing to wear masks in public, which have gone viral on social media, have been linked back to the “sovereign citizen” movement.

In the most concerning incident so far, a 26-year-old female police officer was assaulted in Frankston, south-east of Melbourne, on Monday night.

“They approached a 38-year-old woman, who wasn’t wearing a mask. After a confrontation and being assaulted by that woman, those police officers went to ground and there was a scuffle,” Mr Patton said.

“During that scuffle, this 38-year-old woman smashed the head of the policewoman several times into a concrete area on the ground. That behaviour is just totally unacceptable.”

The commissioner said the woman was arrested and “charged with significant offences”. She was later bailed.

“It shows how things can escalate from non-adherence,” he said.

Mr Andrews said Australian Defence Force and state health officials had conducted 3000 door-knocks of people confirmed with COVID who were meant to be isolating at home. Of those, more than 800 were not home.

The Premier announced a new on-the-spot fine of nearly $5000 for people failing to follow health orders. There will also be court-mandated penalties of up to $20,000 for serious or repeat breaches – including, he said, people going to work after a positive virus diagnosis.