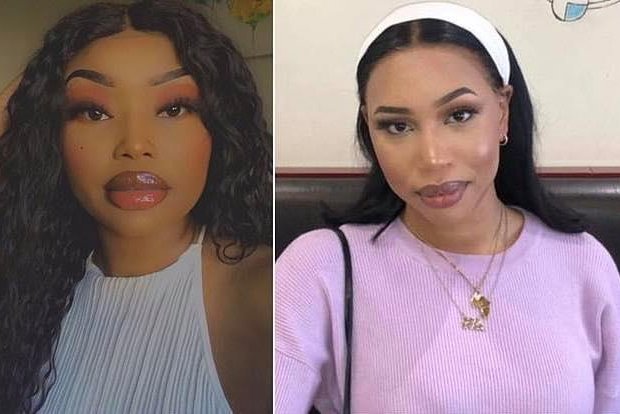 Queensland police are investigating whether young women at the centre of the state’s latest coronavirus controversy were coached by an organised crime syndicate to cover their tracks at the border.

Diana Lasu, 21, Olivia Muranga, 19, and a 21-year-old Algester woman have been charged with fraud and lying to health officials to evade quarantine after a trip to Melbourne — a declared COVID-19 hotspot.

The ABC understands police are examining whether the trio acted on the instructions of crime syndicate handlers in a bid to evade quarantine, including by destroying phones.

The crime syndicate is allegedly involved in the theft and transport of luxury items between capital cities.

The ABC has been told police are investigating the women’s alleged involvement in stealing luxury handbags over two days in Sydney and another two days in Melbourne.

In Melbourne, the women were fined by authorities for breaking COVID-19 rules by organising a party of more than 30 people at their accommodation.

It is understood the Queensland Government were not aware of the Victorian fines until well after the women’s return.

Police in a statement yesterday said all three women were cooperating.

They said there was a second criminal investigation — task force Sierra Linnet — “which is unrelated and not connected to the alleged travel to Victoria”.

‘She’s not an animal’

The mother of one of the women said she understood public anger amid fears about the a second wave of community transmission — but felt her daughter had been unfairly singled out as a “serious criminal”.

Speaking to the ABC from hotel quarantine, Ms Lasu’s mother Aida said she was upset that her daughter faced public vilification when other wrongdoers under COVID-19 restrictions had not been named and shamed.

“Imagine if you have something like that, you don’t have any support and people treat you like a serious criminal,” she said.

“Nobody wants to give you support. She’s very sad. She is my daughter. She’s not an animal.”

Police Commissioner Katarina Carroll publicly lambasted the trio as having been “deceitful, deceptive and quite frankly criminal”.

Ms Lasu and Ms Muranga were the target of furious commentary on social media after they were named in reports by most media outlets.

Authorities fear the young women may have unknowingly spread the disease through their movements around Brisbane over eight days.

The ABC has obtained CCTV showing one of the women — understood to be Ms Muranga — visiting a dessert bar at South Bank with an unidentified companion on Monday afternoon.

The vision shows the pair following all COVID-19 protocols, from registering their personal details online on entry, to washing their hands before sitting down at their table.

Cowch restaurant owner Arif Memis told the ABC that five staff members who had indirect contact with the women were in isolation and awaiting test results.

“But our advice from Queensland Health is there was minimal risk of transmission because of our stringent COVID-safe plan that we follow,” he said.

Mr Memis said Queensland Health had given him the green light to keep trading and the premises was treated with a “hospital-grade disinfectant” on Wednesday night.

Diana Lasu’s mother Aida said she had not spoken to Diana since Wednesday, when she was taken to the Princess Alexandra Hospital and the rest of the family taken to an inner-city hotel.

She said Diana had told her family she was going to visit her sister at Blacktown in Sydney.

She said her daughter was studying pharmacy at Griffith University and had never been in trouble with the police before.

Aida said that she, her husband, and her other seven children had tested negative to COVID-19 once and were awaiting results from a second test taken on Thursday afternoon.

Police said all three women were in quarantine and were due to appear in the Brisbane Magistrates Court on September 28.