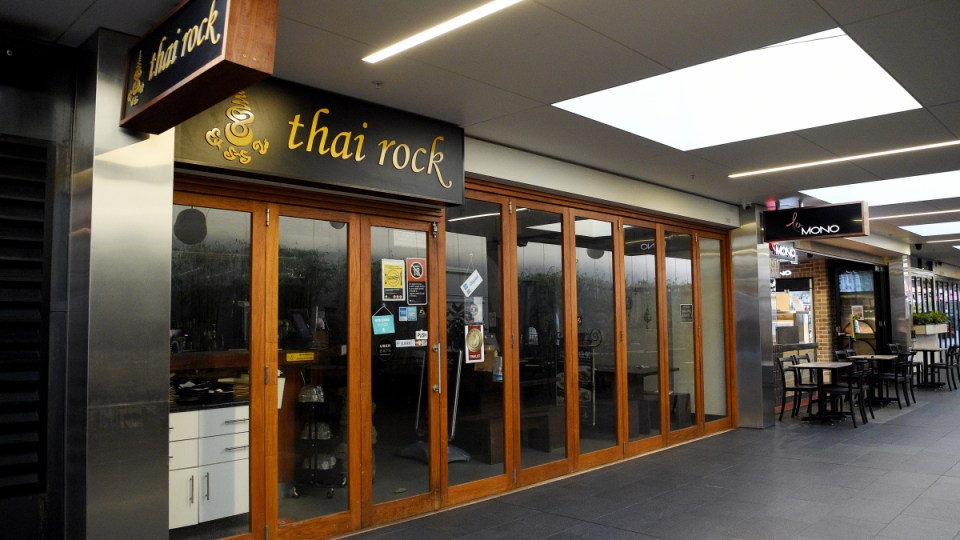 The outbreak at the Thai Rock restaurant has grown to more than 60 cases. Photo: ABC

A Morrison government senator has been told to monitor herself for coronavirus symptoms after attending a restaurant in Sydney’s east, at the centre of a potential infection hotspot.

NSW Senator Hollie Hughes has shared an email from NSW Health saying she was classified as a casual contact because she had been at Thai Rock for under two hours.

NSW Health says anyone who was at the restaurant for two hours or more between July 15 and July 25 must get tested for the virus and self-isolate for two weeks, regardless of symptoms.

But so-called casual contacts – who were there for under two hours – have been told to monitor for symptoms and if they show signs of infection to immediately isolate and get tested.

And one of Prime Minister Scott Morrison’s senior advisers this week went into self-quarantine after being linked to another COVID-19 case at another Potts Point restaurant.

Nico Louw posted on Instagram that he was a “close contact” of a confirmed coronavirus case who attended The Apollo Restaurant on July 25.

A handful of federal MPs have contracted and recovered from the virus, including Home Affairs Minister Peter Dutton who tested positive earlier this year after a visit to the US.

A pop-up COVID-19 testing clinic opened up in Surry Hills on Tuesday and another will open from noon on Wednesday in Rushcutters Bay Park, down the road from the high-density Potts Point where three people tested positive earlier this week.

The three cases – two diners and one staffer – are linked to two restaurants in the area, Thai Rock Potts Point and The Apollo.

A number of other restaurants in the suburb have voluntarily shut down as they wait to see what happens next.

The prestigious member-only club, which is the home of the Sydney-Hobart annual sailing race, has now closed for deep cleaning.

“The two cases dined at both the Thai Rock Potts Point restaurant and The Apollo restaurant and NSW Health now believes this links the two outbreaks,” authorities said.

“With the growing number of cases in the area, NSW Health is again asking all people who live in or have visited the Potts Point area in the past two weeks to get tested if they have any symptoms of COVID-19 at all.”

The state recorded 14 new COVID-19 cases on Tuesday, including one person in hotel quarantine.

Another six are linked to a funeral in Sydney’s southwest and four to Thai Rock – the sister restaurant of the Potts Point venue- in Wetherill Park.

NSW Health continues to urge people who went to Mounties club in Mount Pritchard in Sydney’s south-west on July 23, 24 and 25, and the nearby Pritchard’s Hotel on July 23, to isolate for 14 days and get tested after a person who went to both venues tested positive to COVID-19.

There are now eight coronavirus testing clinics in Sydney’s east.