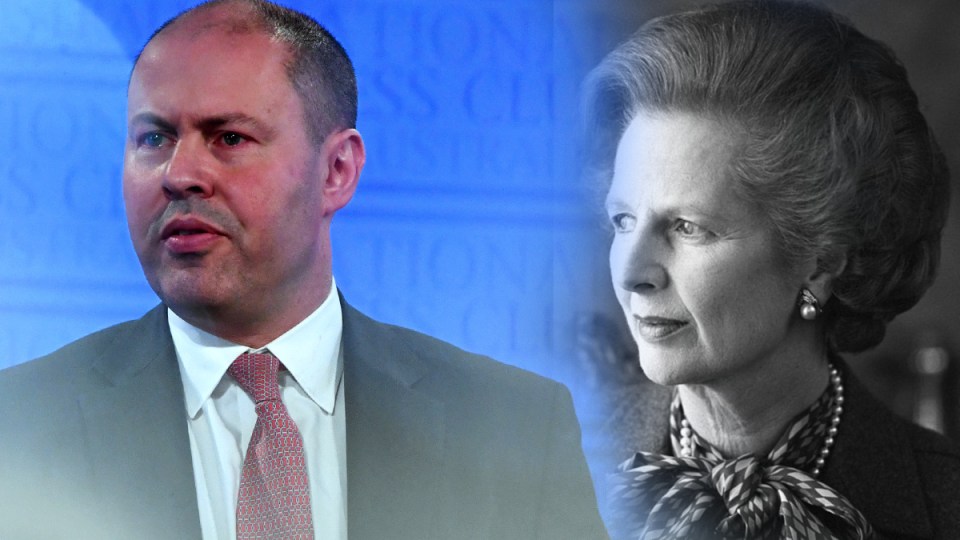 Margaret Thatcher is apparently inspiring Australia’s COVID-19 response from beyond the grave, and Labor says following the example of British politics’ Iron Lady will mean hard luck for workers.

The government is under pressure to give more detail on its plan for post-pandemic industrial relations, with Labor concerned about Josh Frydenberg’s vague references to giving employers more “flexibility”.

In the past fortnight, the Treasurer and Prime Minister Scott Morrison have been peppering their economic announcements with talk of tinkering with industrial relations as part of their roadmap to boost employment and productivity.

Labor’s shadow industrial relations minister Tony Burke says the government “would have to make a compelling case” to extend the emergency COVID regulations.

As part of the JobKeeper program, for example, industry awards were altered to give employers the right to change an employee’s working hours and their job tasks, or ask them to take leave.

Those conditions were set to expire with the scheduled end of JobKeeper in September, but with the wage subsidy now extended until March, Labor wants to know what will happen to those working conditions.

“If we return to the inflexibility during the course of this crisis of the industrial relations arrangements that existed prior to the introduction of JobKeeper, then Australians will lose their jobs,” Mr Morrison said two weeks ago.

“We believe it’s very necessary for them to continue to have the industrial relations flexibility post the end of September,” he said on Friday.

In Thursday’s economic update, Treasury forecast the unemployment rate to peak at 9.25 per cent by the end of the year, compared with 7.4 per cent now.

“The changes we’ve already made were time-limited. There has to be a conversation with the government about whether they plan to extend those clauses, now they’ve extended JobKeeper,” Mr Burke told The New Daily last week.

“If there is a case for that, the government hasn’t made it yet, and they would have to make a compelling case if they say the worker has to give up their right to negotiate changes with their boss.”

“We don’t yet know what they intend to do. There’s not a plan on the table for us to engage with,” he told Sky News.

“Our concern all along has been that we don’t want these industrial relations changes to be the thin end of the wedge.

Mr Frydenberg told the ABC’s Insiders program on Sunday that even businesses that no longer qualified for JobKeeper, due to their business recovering, may still need flexible arrangements.

He said Industrial Relations Minister Christian Porter would be having discussions with business and unions to continue those JobKeeper arrangements in terms of the IR laws.

“Just because a business who is on JobKeeper today is not getting JobKeeper from October onwards doesn’t mean that they’re not doing it tough,” he said.

“This is very much aligning the interests of employers and employees and giving business the best possible chance to get to the other side.”

.@JoshFrydenberg on taking inspiration from Thatcher and Reagan:

"Thatcher and Reagan are figures of hate for the left because they were so successful. One got two terms, which was the maximum that you can get in the US. Margaret Thatcher got 11.5 years." #Insiders #auspol pic.twitter.com/BNBTRd9Cid

Mr Frydenberg has been talking about how he is drawing inspiration from former British prime minister Margaret Thatcher and former US president Ronald Reagan, as he plots the government’s economic path.

Both politicians were proponents of cutting government spending and taxes, which Dr Chalmers said was the wrong tack to take as the country recovers from the COVID battering.

“We think it would be a bizarre and potentially disastrous conclusion for the government to draw that the best way to deal with rising unemployment and rampant underemployment is even more job insecurity,” Dr Chalmers said.

“We know that the Treasurer draws his inspiration, as he said on Friday, from Thatcher and Reagan. That would send a shudder down the spine of many Australian workers.”

Josh Frydenberg drawing inspiration on industrial relations from Margaret Thatcher should send a shudder down the spine of every Australian worker #auspol pic.twitter.com/26pZSBLsKz

In a later press conference, the shadow treasurer claimed the government planned to “double down on trickle-down economics [and] harsher industrial relations”.

Business Council of Australia chief executive Jennifer Westacott said co-operation between unions and employment groups on the current arrangements had saved tens of thousands of jobs.

“We have to continue to focus on creating new jobs and saving those jobs that might be at risk,” Ms Westacott told Sky News’ Business Weekend program on Sunday.

Australian Industry Group chief executive Innes Willox said recent data from the Organisation for Economic Co-operation and Development showing Australia had the highest minimum wage in the world, could be a handbrake on the recovery.

“As employers turn their attention from survival to a tentative resumption of normal levels of activity, Australia’s position at the top of this particular league table makes the challenging task of a post-COVID-19 recovery even more difficult,” Mr Willox said in a statement.

“It risks imposing more extended periods of unemployment and underemployment on young Australians with little workforce experience and employees with lower levels of qualifications.”