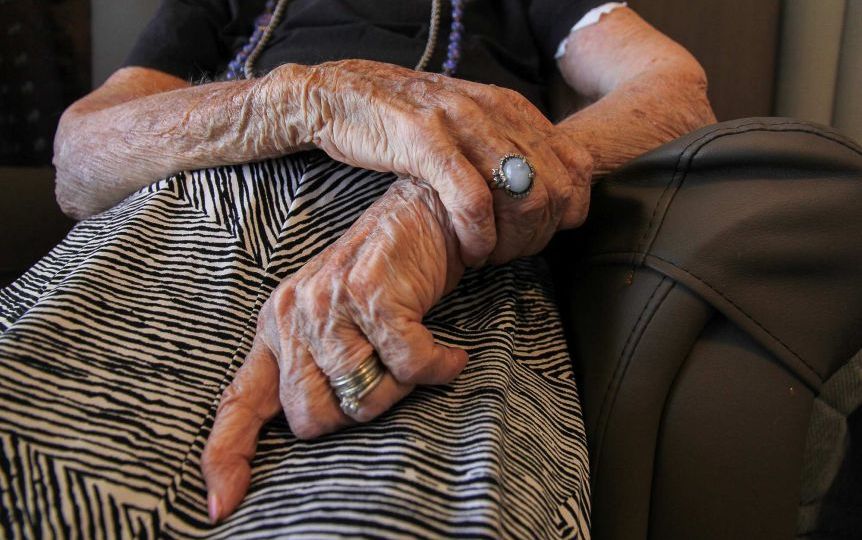 Aged-care workers employed under three awards will be entitled to two weeks’ paid leave if they are required to self-isolate due to having coronavirus symptoms or being a close contact of a confirmed case, following a ruling from the Fair Work Commission.

The amendments will come into effect from Wednesday, July 29, and last for three months.

Conditions attached to the paid leave include:

The entitlement extends to casual employees “engaged on a regular and systemic basis” and the payment would be based on their average earnings over the past six weeks.

The ruling comes after the commission’s April decision to grant paid pandemic leave to other sectors working under 99 different awards.

At the time, unions had argued the entitlements should be extended to aged care and healthcare workers.

The push was rejected in April, but as hundreds of healthcare and aged-care workers in Victoria contracted the virus in recent weeks, the FWC gave the matter ”urgent” consideration.

In its ruling, the FWC stated “it cannot be assumed that the current outbreak will remain confined to Victoria”.

“The recent events in that state demonstrate how rapidly circumstances can change,” the full bench of the commission found.

“Recent developments in New South Wales are not encouraging. The award of the entitlement remains necessary notwithstanding that the current locus of the pandemic is in Victoria.”

The commission found self-isolation was “especially critical” in aged care “because of the vulnerability of aged persons to COVID-19 fatalities”.

The ruling found while although self-isolating was “said to be in the public interest,” low-paid employees were likely to be placed in “significant financial difficulty and even distress”.

“Further … there is a real risk that employees who do not have access to leave entitlements might not report COVID-19 symptoms which might require them to self-isolate, but rather seek to attend for work out of financial need,” the ruling said.

“This represents a significant risk to infection control measures. These matters weigh significantly in favour of the introduction of a paid pandemic leave entitlement.”

To be eligible for the pandemic leave, workers will need to have exhausted all their paid personal leave.

If workers test positive for the virus, they become eligible for workers’ compensation benefits, which will supersede the pandemic leave.

“It will be a condition of receipt of the leave entitlement that the relevant employee has agreed to undertake a COVID-19 test at the earliest opportunity,” the commission said.

If the direction to self-isolate comes from a medical practitioner, not the government or the employer, the employee must provide a medical certificate.

Monday’s ruling follows submissions from the Australian Council of Trade Unions, the Health Services Union and the Australian Nursing and Midwifery Federation calling for paid pandemic leave to apply for all staff in aged care across the country until the end of September.

The unions had said while the Victorian government’s $1500 and $300 Coronavirus Workers support payments were helping, they were not available to people receiving other government benefits, which applied to about 16 per cent of aged-care workers.

Of Victoria’s 4542 active cases as of Monday, 683 have been linked to outbreaks across 61 aged-care facilities, and there are 400 active cases among health workers.

Leading Age Services Australia manager Tim Hicks said it was “critical” aged-care providers were supported financially by governments to be able to afford the payments.

“It is crucial that no staff or providers are disadvantaged during these challenging times,” Mr Hicks said.

“Providers have already invested millions in preventative measures against COVID-19 and the latest independent report shows that 60 per cent of residential care homes reported an operating loss this financial year, even before the pandemic struck.”

“But we have said right from the start all essential workers must be supported to stay home,” Mr Williams said.

“This allows workers to take the economics out of it and stay home. These are low-paid workers who earn $25 an hour and have multiple jobs and precarious work. They need to be supported. They should have been given this certainty months ago.”

“We have seen cases in group disability homes, but not of late which we are thankful for,” he said.

Mr Williams said the current hardship payments provided by the Victorian government was “useful” but the commission’s ruling took the eligibility requirements out of it.

The state government’s coronavirus workforce payments are only available to workers once, and they must not be receiving any other subsidies by the state or federal governments, cutting off about 16 per cent of aged-care workers.

Workers under enterprise agreements will not be covered by the ruling but Mr Williams says he will be calling on employers to extend the entitlements to all staff.

ACTU national secretary Sally McManus also said it was a welcome decision but criticised the ruling for not covering all casual workers.

The ruling said employees “who have no established connection to the relevant workplace” are not covered.

“This still does not remove the trap door for casual workers with irregular hours,” she said.

“What this decision shows is that there is a need for paid pandemic leave and while the economy is struggling, it should be government funded for all workers so no one is even considering having to go to work with mild symptoms just to pay the bills.”

The ruling came after the federal government announced it would cover the costs of aged-care providers paying casual staff sick leave entitlements and reimburse providers if they need to provide additional shifts to staff so they remain in one location.

A spokesperson from the Department of Health said staff and providers would be “encouraged to enter agreements” in which staff would work only in the location where they do the most shifts.

Such agreements would be “voluntary”.

Aged-care providers in the lockdown zone are expected to give the staff extra shifts to make up for the shortfall, with the federal government agreeing to “meet the outstanding costs to support the workers” if there are not enough shifts available.

“The aim of the single-site working arrangements is to minimise risk of infection where a worker is asymptomatic and risks transmitting the virus from one facility to another and also to maximise use of the available workforce,” the spokesperson said.

The federal government will also supply funding to cover the cost of: