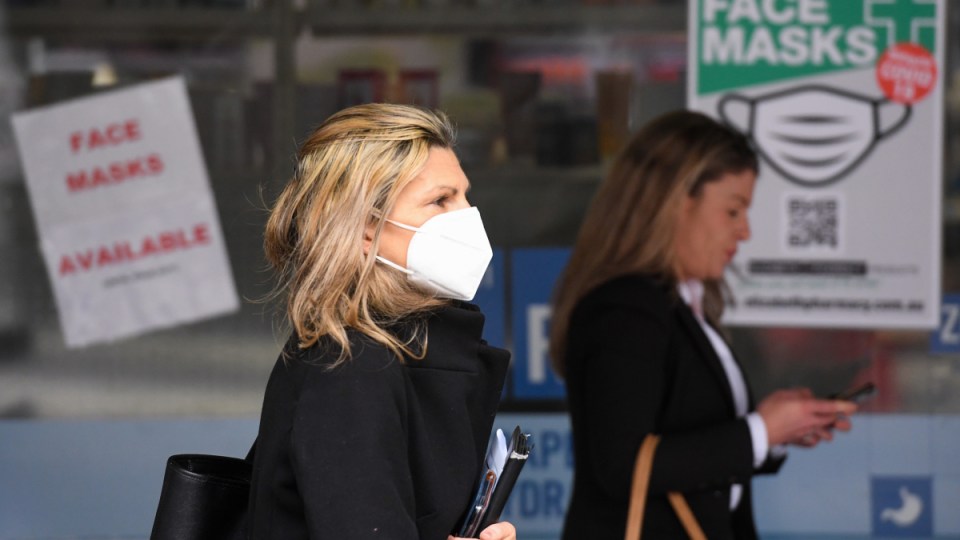 Masks should be worn on public transport, Prime Minister Scott Morrison says, adding that he has worn a mask in public recently.

From midnight Wednesday, Melbourne residents face a $200 fine if they do not wear a mask or other face covering when they leave their house, under new directives from the Victorian government, while COVID outbreaks in parts of Sydney have the NSW government facing calls to impose similar orders.

Ms Berejiklian has said masks remain a personal choice, while NSW Health’s official policy is that people should “consider wearing a face mask in situations where social distancing is not possible”.

Wearing face masks has been found to reduce COVID-19 transmission by up to 60%. pic.twitter.com/7qNZIRElFS

The PM was asked about masks on 2GB radio on Wednesday morning. When asked by host Ben Fordham if he had one, Mr Morrison said: “Yeah, I do”.

“I wore it at the optometrist the other day,” he said.

Mr Morrison said “of course I would” wear a mask in public if he was somewhere where medical advice mandated it. When Mr Fordham asked “do you like the idea of people wearing them on public transport?”, Mr Morrison said “yes.”

“I should say, that’s what the NSW government is saying, by the way,” the PM said.

“The approach is for people to exercise that common sense, the situation in Sydney in particular and in NSW more broadly, is not the situation in Melbourne. It could not be more different.”

On the ABC’s 7.30 program on Tuesday, Mr Morrison was asked if he would wear a mask if he went to “see the Sharks play a game” of rugby league in Sydney.

“The recommendation in NSW is if you are unable to have social distancing in place, then you should. And if that were the case, then I would,” he said.

Also on 2GB on Wednesday, Ms McKay said she wanted the NSW government to issue new directions on face masks.

“You have to start encouraging people to wear masks and that should start on public transport,” she said.

“If people can’t, for some reason or another, put a bandana or a cloth over their nose and their mouth, Transport for NSW should be able to provide a mask to them.”

Wearing masks on public transport is not just about protecting health – it gives us the ability to carry on. To keep our economy open and save jobs. If the Premier commits to that, I will offer bipartisan support. #WearMasks #SaveJobs

She later tweeted that she would “offer bipartisan support” if Ms Berejiklian proposed mask orders in NSW.

On Tuesday, the Premier resisted calls to issue mask directives.

“What NSW Health and myself are worried about most at this moment in time is what people are doing when they’re entering hospitality venues … you can’t wear a mask when you’re having a meal,” Ms Berejiklian told 2GB radio.

“That’s where the biggest risk is at the moment, indoor events.

“The health advice to date has served NSW extremely well and it’s not for politicians to make this stuff up as we go.”