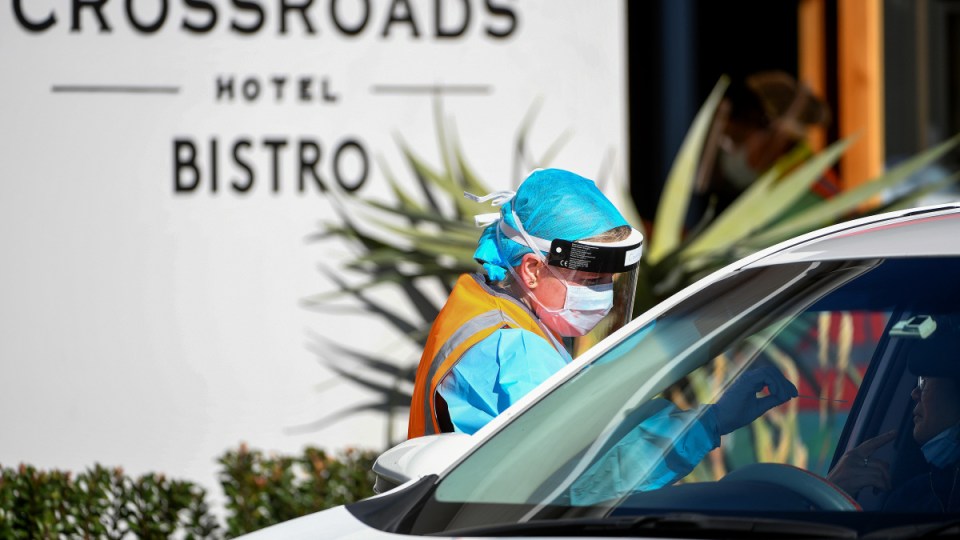 NSW is holding back on mandating the wearing of masks in public amid a growing COVID-19 case load.

Premier Gladys Berejiklian said she wouldn’t yet follow Victoria’s lead by enforcing mask use in public despite the state recording 22 new coronavirus cases across the state on Monday.

“What NSW Health and myself are worried about most at this moment in time is what people are doing when they’re entering hospitality venues … you can’t wear a mask when you’re having a meal,” Ms Berejiklian told 2GB radio.

“That’s where the biggest risk is at the moment, indoor events.

“The health advice to date has served NSW extremely well and it’s not for politicians to make this stuff up as we go.”

On Monday afternoon, Prime Minister Scott Morrison said mask production had been ramped up and was leaving it up to states to decide on enforcement.

“And for the state government who has decided to make that mandatory, I have no doubt that they would have considered the supply issues when they made that decision,” he said.

Restaurants, shops, clubs, gyms and now a church have been linked to coronavirus cases.

Three parishioners from the Our Lady of Lebanon Cathedral in Harris Park in Western Sydney have tested positive after a person who contracted coronavirus in the Thai Rock restaurant cluster attended a service at the church, plus evening mass on Thursday and Friday, and a funeral on Friday afternoon, the ABC reported.

Meanwhile, in Bateman’s Bay on the NSW south coast, hundreds of people are expected to queue at a pop-up testing clinic after they were turned away on Monday after four cases were linked to the Batemans Bay Soldiers Club.

The south coast outbreak has caused many businesses to voluntarily close, including the famous Mogo Lolly Shop, which had already suffered huge economic loss during the 2019/20 bushfires.

Taking to Facebook, the shop’s owners said they were “feeling heartbroken”: “All of our customers are like our extended family, your safety and ours was a mission we set out to achieve during this pandemic”.

“We have closed the physical doors to the store voluntarily for everyone’s safety,” a statement read.

NSW in the 24 hours to 8pm on Sunday recorded its highest daily number of COVID-19 cases in three months and will from Wednesday enforce tougher border restrictions for people wanting to enter the state from Victoria.

A border zone will be set up along the Murray River from midnight with all outstanding travel permits to be cancelled.

Ms Berejiklian said NSW had the chance to get ahead of the virus if residents socially distance over the next few weeks, and warned hospitality venues could face major penalties if they failed to ensure social distancing.

“We’ve seen numerous examples now where it only takes one person or two people to have the virus and then you end up having to contact 6000 people because of the flow-on effect,” Ms Berejiklian said.

“This can get away from us very quickly which is why I’d rather everyone do the right thing now while we can still be in a position to control the spread.”

There are 96 people being treated for the coronavirus in NSW, with two patients in intensive care – including a person in their 30s.

Mr Fuller says NSW Police will attempt to block the planned July 28 protest in the Supreme Court and urged the public to not be “selfish”.

No NSW mask mandate yet as more outbreaks emerge