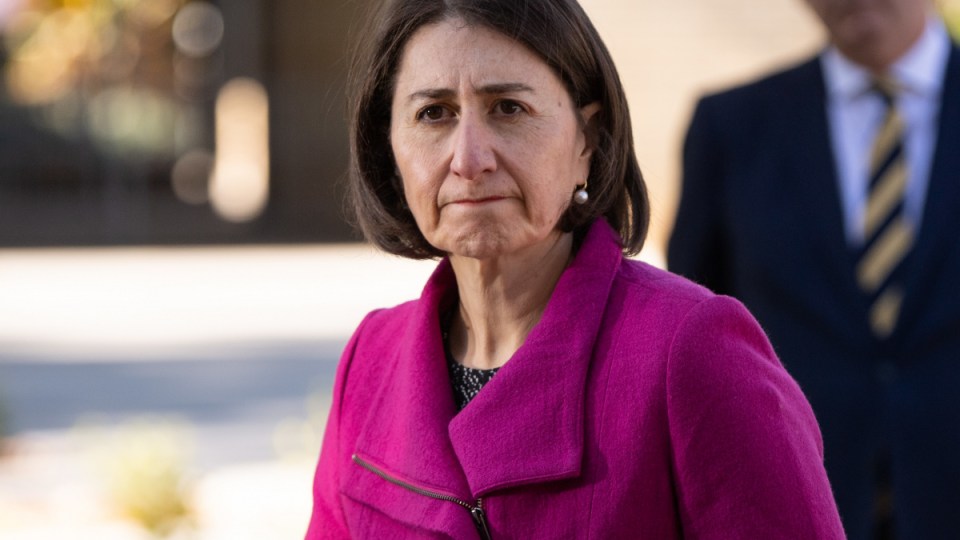 NSW has introduced tighter border restrictions with Victoria, but no changes with Queensland. Photo: AAP

NSW police have issued a $5000 fine to a hotel for breaching public health rules as authorities remain on high alert for further coronavirus outbreaks across the state.

Premier Gladys Berejiklian said on Monday she was “incredibly concerned” about the number of businesses that “aren’t doing the right thing”.

She said NSW was at a critical point in the pandemic.

“Some businesses have been absolutely outstanding … you can feel when you walk in the door you can tell they are COVID-safe, but too many aren’t taking them seriously enough.”

NSW recorded 20 new coronavirus cases on Monday amid the threat that a troubling new cluster in the state could see infections spread to the Australian Capital Territory.

The NSW infections represented a three-month-high and Premier Gladys Berejiklian said all of the new cases were from known sources.

The state’s latest hotspot is around Batemans Bay, where eight people who attended the town’s Soldiers Club have so far been diagnosed with COVID-19.

Bateman’s Bay on the NSW south coast is a popular holiday spot for ACT residents and a pop-up testing clinic in in the town was inundated Monday morning, with some people turned away.

The Batemans Bay Soldiers Club has been forced to close its doors for two weeks after eight people who attended the venue tested positive, including a staff member.

ACT chief health officer Kerryn Coleman signed a new public health direction on Monday morning, requiring anyone who visited the club on the days in question to quarantine at home for 14 days.

Dr Coleman said about 60 people who had attended the club were currently in isolation in Canberra.

There are just five active cases in the ACT.

NSW police said a licensed premises in Armidale, in the state’s north, was handed a $5000 fine on Monday after they attended the unnamed premises on Friday, allegedly finding 30 patrons in two small areas without any apparent social distancing.

To date in NSW, all 20 new cases recorded overnight were from known sources, but urged people to “please consider avoiding crowds”.

“We do have the chance to really get ahead of the virus, to control the spread if all of us take those extra steps this week,” she told reporters in Sydney.

Police said the maximum penalty for contravening a Public Health Order is a fine of up to $11,000 and/or six months imprisonment.

The standard penalty is a fine by way of an on-the-spot Penalty Infringement Notice (PIN) – $1000 for individuals and $5000 for businesses.

“Whilst it is the responsibility of licensed premises to ensure they’re complying with Public Health Orders, the public have to understand they’re putting those premises at risk and they may also be held liable,” Superintendent Tanner said.

“They’re putting the livelihoods of these businesses at risk, and if people don’t think it’s going to happen in our area they only have to look at other regional areas that are being impacted.”

He said the public need to take responsibility for their actions.

“The parties that put this licensed premises at risk were young people whose behaviour was a display of recklessness, and if they think they’re immune to COVID-19, or to Public Health Orders, they can think again,” he said.

“Up until this stage we’ve been trying to work with the community and with licensed premises, but clearly that’s fallen on deaf ears so we have no other option than to enforce these Public Health Orders and we will continue to do so.”