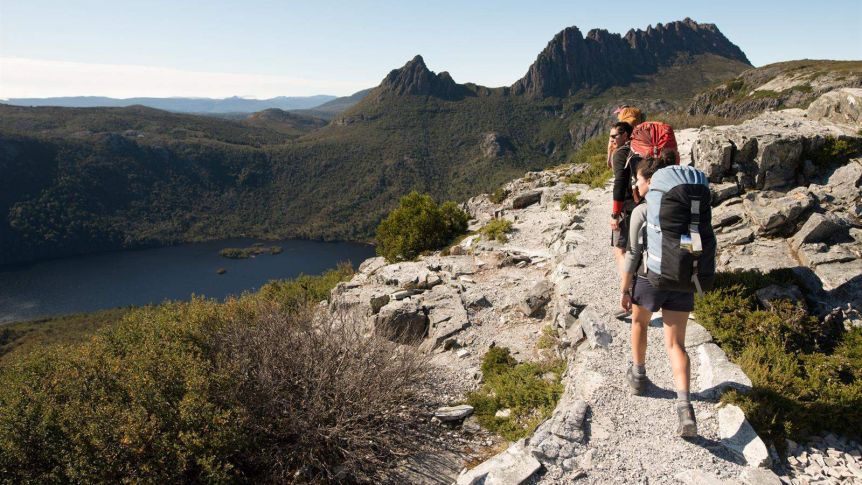 Police have urged the public to carry personal locating beacons if they plan to walk in Tasmania’s wilderness, after a man was rescued after becoming “overcome” by the conditions soon after setting out for a six-day walk.

On Monday night, police said they had begun a search-and-rescue operation after the activation of a locator beacon on the Overland Track, in the state’s alpine region.

Soon after, police announced rescuers had located the 43-year-old man who was “uninjured, well equipped but overcome by the deteriorating weather conditions” after he set out for a six-day trek on the popular trail.

“The man will be assisted back to the Dove Lake car park where he will receive medical assessment,” police said.

Tasmania Police said it “supports the carriage of Personal Locator Beacons by bushwalkers and other adventurers”, adding the devices “help in minimising the search in search and rescue operations and have the potential to save your life”.

Parks and Wildlife note the Overland Track is a “serious undertaking, for well-prepared walkers, with a good level of fitness and who understand the risks of walking in a remote alpine area”.

“Weather can change rapidly and deaths have occurred, even in summer, when people have been caught underprepared in cold, wet and windy weather.”