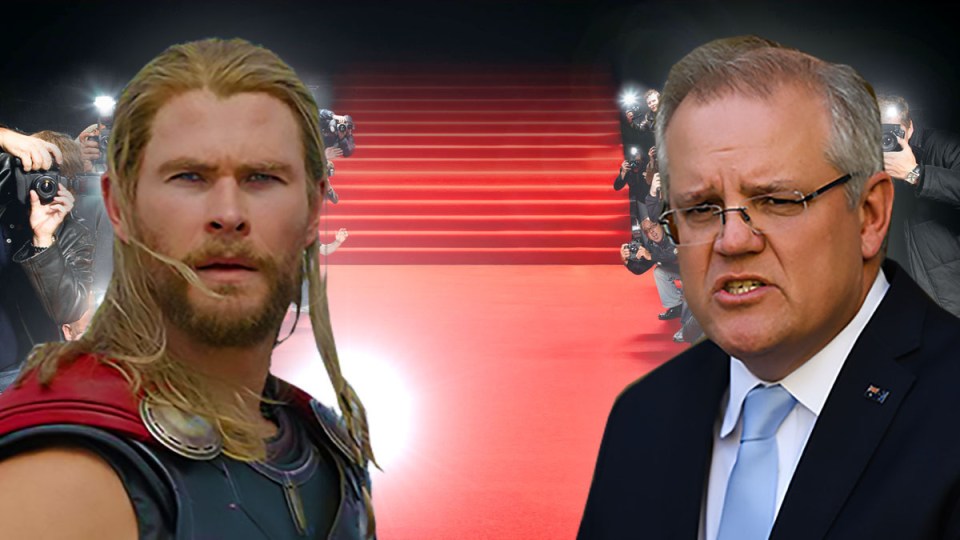 Scott Morrison wants more TV shows and movies like Thor to be made in Australia. Image: TND

The federal government will attempt to lure Hollywood’s best by offering $400 million in incentives to entice filmmakers to make blockbuster movies in Australia.

He claims the outlay in attracting productions to Australia could be returned sevenfold – estimating some $3 billion could be spent locally.

“Australia’s relative success in managing COVID-19, compared to so many other parts of the world, means we are now in a unique position to attract a longer-term pipeline of major screen productions here,” the PM said.

The Location Incentive, which offers money to productions if they film in Australia and employ locals, has already supported Hollywood films like Godzilla vs Kong, Chris Hemsworth’s Thor: Love and Thunder, and Marvel film Shang-Chi and the Legend of the Ten Rings.

Mr Morrison said he was earmarking another $400 million for the program, boosting the cash available over its existing three-year funding commitment.

It will also be extended for another four years, out to 2027.

He said there was “growing demand to produce films and television series in Australia”, and that based on current and recent productions, there were estimates the $400 million commitment could return 8000 jobs for Australians each year, and $3 billion in spending.

“The Location Incentive is an economic multiplier. It will sustain the vitality of Australian screen production and support jobs and local businesses,” Communications and Arts Minister Paul Fletcher said.

“Through this additional commitment, the government is telling the world that Australia is a desirable destination for screen production – with great locations, skilled crews, world-class talent, post-production expertise and state-of-the-art facilities.”

Many parts of the world are still under COVID-19 lockdown, and filming of countless TV shows and movies has ground to a halt due to virus risk.

The government is anticipating more companies may look to shift their productions to Australia, with looser restrictions in many parts of the country, rather than wait for lockdowns to lift elsewhere.

“Behind these projects are thousands of workers that build and light the stages, that feed, house and cater for the huge cast and crew and that bring the productions to life,” the PM said.

“This is backing thousands of Australians who make their living working in front of the camera and behind the scenes in the creative economy.”

The government has come under criticism from the arts sector for delays in an industry-specific response to the pandemic.

Many parts of the arts and entertainment industry will remain indefinitely shut down or severely hamstrung, with large crowds unable to gather at concert venues and theatres.

Much of the funding was for concessional loans, but the plan also included cash as seed money to support new festivals and tours.