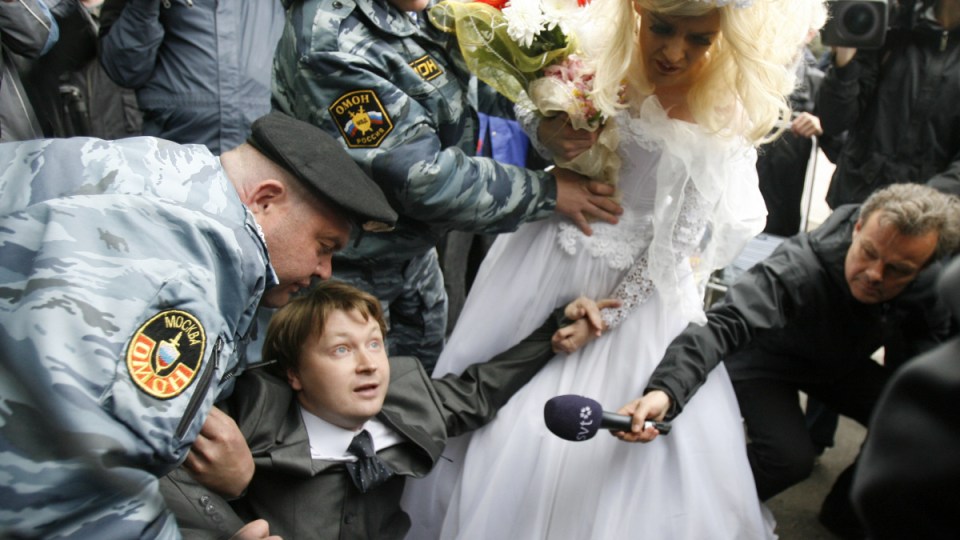 Russian lawmakers have submitted draft legislation to ban same-sex marriage after voters backed changes to the constitution that define marriage as a union of a man and a woman only.

The changes, championed by President Vladimir Putin, were overwhelmingly approved by voters this month in an exercise that opened the door to Mr Putin staying in power until 2036.

Critics said the outcome was falsified, something authorities rejected.

Mr Putin, who has aligned himself with the Russian Orthodox Church and sought to distance Russia from liberal Western values, has said he will not legalise gay marriage as long as he is in the Kremlin.

In Russia, gay couples seeking the right to marry and adopt have seen their hopes dashed by a change to the constitution. https://t.co/xh7dehOYTe

Enshrining a de facto ban in the constitution means any potential successors would find it hard to legalise same-sex marriage even if they wanted to.

The draft legislation, which is expected to be swiftly approved by the State Duma, the lower house of parliament, explicitly bans gay marriage and outlaws same-sex couples adopting children, something they cannot now do in practice anyway.

Elena Mizulina, a senator and one of the authors of the legislation, said the marriage and adoption ban would also extend to transgender people, the Interfax news agency reported.

Kremlin spokesman Dmitry Peskov said the legislation was part of what he called a formalisation of new laws following the constitutional vote.