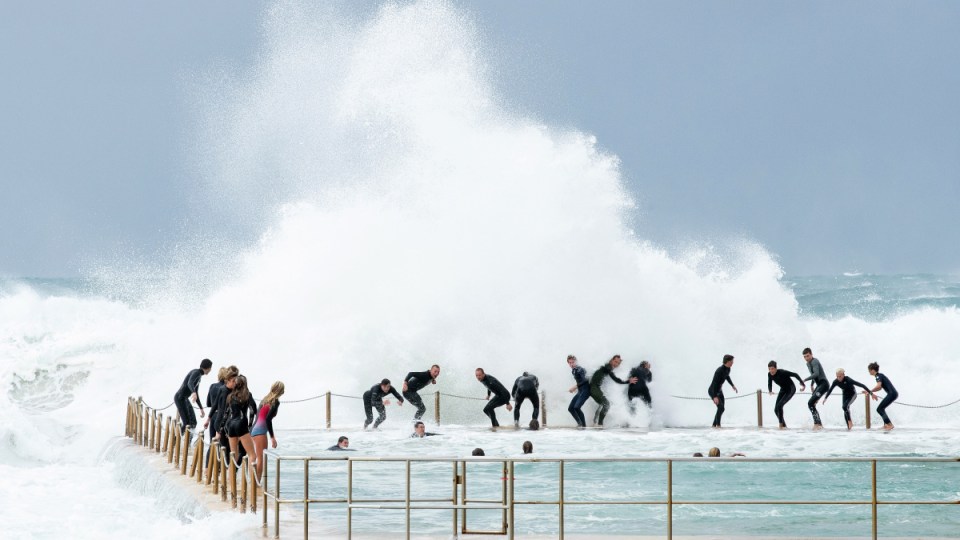 NSW ski resorts have been blanketed in snow ahead of a “wild and woolly” wintry blast that will bring days of rain, gale-force winds and waves of more than five metres to much of the state.

South-eastern NSW, including the South Coast, parts of the Snowy Mountains, Southern Tablelands and around Canberra, was drenched overnight on Sunday – and is forecast to receive more heavy rain from the low pressure system in the next 48 hours.

The weather said the system might develop into an official east coast low, with up to 120 millimetres of steady rain forecast for Batemans Bay and Narooma on Monday.

Sydney and Wollongong could receive more than 35 millimetres on Tuesday, while rain will continue to fall as snow in some alpine areas.

Many resorts in the region have already had their best snowfalls of this winter. Some, including higher parts of Perisher, Thredbo and Charlottes Pass had 35 centimetres on Sunday.

Across the border, there was up to 100 millimetres of rain in parts of Victoria’s East Gippsland in the 24 hours to 9am on Monday, including 98 millimetres at Mount Useful.

The NSW RFS took to Twitter to warn people travelling to ski resorts on Monday to take care on the roads after drivers were caught out in slippery conditions.

“Snow has blanketed Jindabyne this morning as the wild and woolly weather begins to set in. Conditions are forecast to deteriorate over coming days, particularly in coastal areas,” it wrote.

The Bureau of Meteorology’s Jane Golding said South Coast catchments were dry, so they needed quite a lot of rain before flooding was likely.

“It doesn’t quite look like at this point that we’ll be getting anything more than minor flooding,” she said.

The weather system could still potentially develop into an official east coast low but was likely to be weaker than previous modelling had suggested.

“It looked like the low was going to develop a bit further off the coast than the ones that bring the flooding rains we sometimes see in those systems,” Ms Golding said.

In the Bega valley, Phil Dummett had 50 millimetres of rain by Monday morning, the ABC reported.

Mr Dummett had been buying in water, so the forecast for steady rain was welcome.

“It’s setting us up for a terrific spring, if we can get some sunny days, and some more storms,” he told the ABC.

Some rain will fall as snow on the eastern alps but little will make it over the ranges.

The focus for Tuesday is on the severity of the winds, and how they will whip up coastal waters.

Based on modelling, Ms Golding said there would likely be gale-force winds in some coastal areas as far north as the Hunter.

“The waves do look like they’ll be pretty big – more than five metres in open waters to the east,” she said.

“It’s certainly not a day to be out boating and one to take care if you’re in the surf zone.”

People along the coast have been urged to prepare properties and watch for updates and warnings.

The lack of vegetation and dead wildlife on the NSW South Coast, due to the summer’s bushfires, complicated issues when there was heavy rain in February.

While there has been more growth and building in the intervening months, the SES said it was “still a matter of concern”.

“This is why we’re taking the opportunity to prepare these communities and making sure they’re getting their properties ready.

Ms Heard urged locals to heed emergency services’ advice to stay out of and never drive through flooded roads.