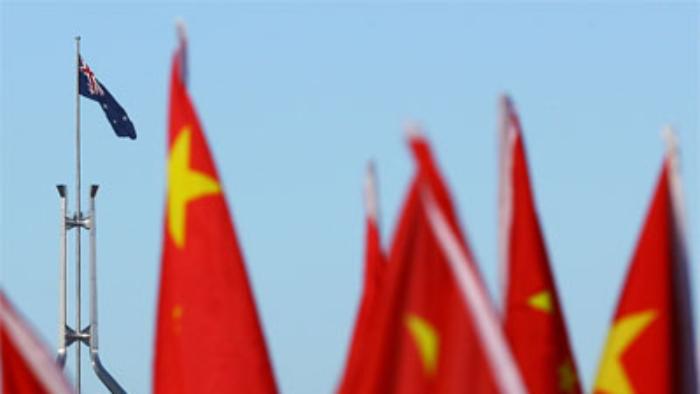 Chinese authorities have ratcheted up their travel advice for Australia, alleging Australian law enforcement agencies have been “arbitrarily” searching Chinese citizens and seizing their possessions.

The language used by the Ministry of Foreign Affairs (MFA) in Beijing is a direct echo of the advice issued by the Australian government to its citizens in China that they may “be at risk of arbitrary detention,” and is the latest example of tensions between the two nations coming under further strain.

Last week, Prime Minister Scott Morrison announced the federal government would effectively tear up an extradition treaty with Hong Kong and offer some of its citizens a pathway to permanent residency.

This followed Beijing’s decision to impose a sweeping new national security law on the city.

“Recently, there has been a marked increase in racial discrimination and violence in Australia. The Australian media continue to incite anti-China and hatred of China sentiments,” the Chinese warning said.

“Relevant Australian law enforcement agencies have arbitrarily searched Chinese citizens and seized their articles, which may cause harm to the personal and property safety of the Chinese citizens in Australia.

“The Ministry of Foreign Affairs and the Chinese Embassy and Consulates in Australia remind Chinese citizens to be extra careful about the local security risks and be cautious about travelling to Australia in the near future.”

The travel advice is largely redundant, as Australia’s borders remain closed to all but citizens and permanent residents.

China had already warned students about travelling to Australia and argued there had been a rise in racist behaviour towards Asians.

But the rhetoric is indicative of China’s growing hostility towards Australia.

The recent decisions on Hong Kong and Australia’s new defence strategy, following demands from Scott Morrison for a wide-ranging and independent review of the country’s handling of the coronavirus pandemic, have prompted sharp rebukes from Chinese Communist Party officials.

After Mr Morrison argued that the imposition of a strict national security law in Hong Kong undermined the “One Country, Two Systems” principle adopted as the United Kingdom handed back control of the city to China, a spokesman for the MFA accused Australia of meddling in the nation’s internal affairs.

The Prime Minister argued the law changed the circumstances of the relationship between Australia and Hong Kong, and that it was appropriate to suspend the extradition treaty and offer some different visa options to skilled workers and students from Hong Kong.

Days earlier, the Department of Foreign Affairs and Trade had upgraded its travel warnings to China.

“Australians may also be at risk of arbitrary detention.”

Foreign Minister Marise Payne’s office has been contacted for comment.