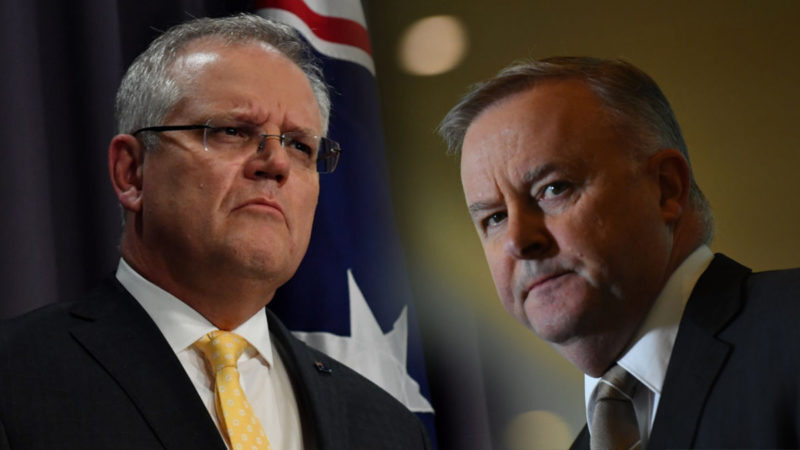 Labor has declared victory over the Liberals in Eden-Monaro, keeping intact a century-long ballot box record – but leaders of both sides may walk away from the NSW south coast with alarm bells ringing in their ears.

On Sunday night, Labor’s Kristy McBain led Liberal challenger Fiona Kotvjos by just over 700 votes, her margin having nearly halved since she claimed the by-election win earlier that afternoon.

As it stood, Ms McBain had 50.4 per cent of the two-party vote, taking a slim 0.45 per cent haircut from the 50.85 per cent that retired party-mate Mike Kelly claimed at the 2019 election.

That’s right – after a long by-election, some 100,000 votes, a weekend of counting, the lingering effects of the black summer bushfires and, of course, the looming spectre of the coronavirus pandemic, the result wound up essentially the same.

That the change between the two ballots was barely a rounding error – despite both sides having weak spots on which to nail the other – may give both Anthony Albanese and Scott Morrison food for thought.

The Liberals had been riding high on near-record opinion poll popularity for Mr Morrison’s government, following his handling of the coronavirus crisis.

Labor was looking to patch itself up after the retirement of a well-regarded local member in Mr Kelly, whose personal popularity was thought to represent some three or four per cent of the vote in Eden-Monaro.

So, the government may have entertained some hopes that a resurgent Mr Morrison – combined with a first-time challenger in Ms McBain – could have seen Ms Kotvojs take the win on her second bite of the apple.

It will be while before the final results of the Eden Monaro by-election are determined. For now I would like to thank our Liberal candidate Fiona Kotvojs for all her hard work and diligence during her campaign. pic.twitter.com/58ULicWjik

But Labor, too, had two things on its side – two bits of history, one long term and one more recent.

As we’ve continually heard, an opposition party has never lost one of its seats to the government at a by-election in a century, and even when every other part of society seems to have been turned topsy-turvy in 2020, this record did not fall.

It was always going to be hard for the government to tip Eden-Monaro – as knife edge as the seat was – its way this weekend.

Especially when you remember that perhaps the most iconic moment of Mr Morrison’s bushfire response – his awkward handshakes with fire victims, before he was heckled out of town by a crowd led by a woman walking a goat on a leash – occurred in the Eden-Monaro town of Cobargo.

Fire-affected voters, some still living in caravans, weren’t likely to forget that any time soon.

So after an election, a pandemic and a fire, with both sides having a few weak spots to patch up, the result came out as a wash.

Which was … maybe not unexpected, or remarkable.

The status quo remains, neither side loses or gains a vote in Parliament, and the end result is a straight swap of Mr Kelly for Ms McBain.

Mr Albanese is elated. Mr Morrison disappointed but not devastated.

But what does this first post-COVID bit of ballot box data tell us about the state of 2020 Australian politics?

For one, considering the modest bump for Ms Kotvojs, we can say Mr Morrison’s opinion poll popularity did not translate to Eden-Monaro.

Whether that’s directly due to the hangover from his handshake, it’s hard to say – but the government may have been hoping for a little stronger result than a mere 0.45 per cent swing.

Maybe it shows Eden-Monaro was a real outlier, a unique voting arena due to its unique and ongoing fire situation – but maybe it shows Mr Morrison’s poll numbers may not translate into ballot results.

But on the other hand, Labor may be a little concerned that, even considering the personal brand damage Mr Morrison suffered in Cobargo, it still sustained a modest swing against it.

Of course, Mr Kelly’s popularity played a part here, so it could be argued that Labor successfully stemmed the bleeding from a potentially worse result.

But even frontbencher Joel Fitzgibbon conceded on ABC’s Insiders on Sunday that “we do need to lift our primary vote” and that Labor “still have a lot of work to do”.

Mr Fitzgibbon also said Mr Morrison was “unable to translate his high approval ratings to his primary vote in Eden-Monaro”, claiming that would leave the government “pondering long and hard over the coming weeks”.

The wafer-thin result in Eden-Monaro, long known as the nation’s bellwether seat, may indeed have both sides pondering what it means for post-pandemic politics.