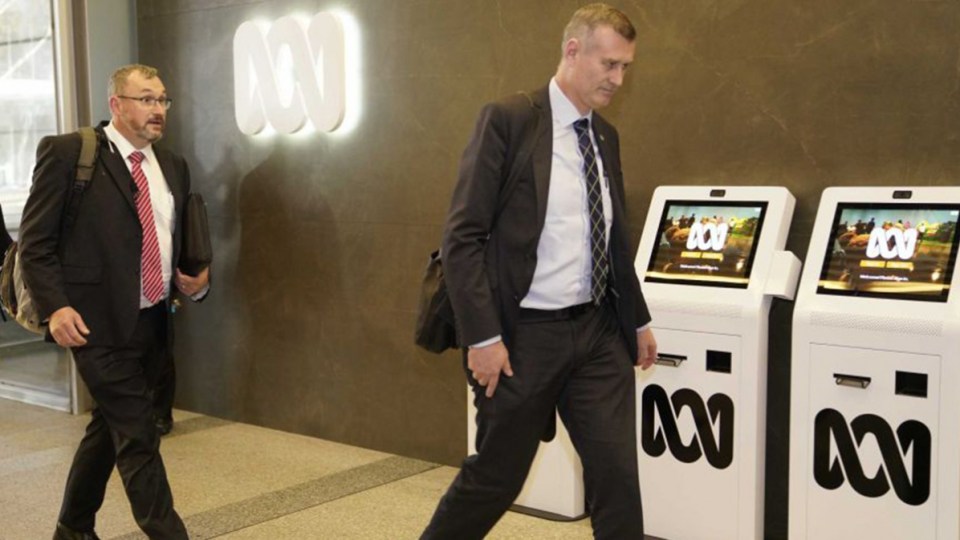 ABC journalists Dan Oakes and Sam Clark were first notified they were under investigation nearly two years ago, after publishing a series of stories known as the Afghan Files.

Police have confirmed officers have sent a brief of evidence to the Commonwealth Director of Public Prosecutions, which will now weigh up whether to lay charges.

The brief of evidence only relates to Oakes, not his colleague.

But special protections for journalists mean even if prosecutors want to go ahead with charges, it will have to be formally approved by Attorney-General Christian Porter.

It’s also important to note that my friend and colleague @AndrewBGreene was the first journo to publish allegations of unlawful killings by Australian special forces. A brave man, Kevin Frost, came forward. https://t.co/7zDqdwCyS1

It would be the first time Mr Porter has used his oversight power since they were introduced last year.

“The Australian Federal Police received a referral on 11 July, 2017, from the Chief of the Defence Force and the then-acting secretary for defence in relation to the broadcast and publication of information assessed as classified material,” an AFP spokesman said.

“A brief of evidence has now been forwarded to the Office of the Commonwealth Director of Public Prosecutions.”

I really appreciate the goodwill tonight. Can I ask you to read the stories I am facing charges over here https://t.co/HuYdauuRy3

In response to the news, Oakes tweeted: “Whether or not we are ever charged or convicted over our stories, the most important thing is that those who broke our laws and the laws of armed conflict are held to account.

“Our nation should be better.”

“The Afghan Files is factual and important reporting, which exposed allegations about Australian soldiers committing war crimes in Afghanistan. Its accuracy has never been challenged,” Mr Anderson said in a statement.

“The ABC fully backs Dan and we will continue to support him however we can.

“Doing accurate journalism that is clearly in the public interest should not be an offence.”

The investigation led to the AFP’s dramatic raid of the ABC’s Sydney headquarters last year, and sparked widespread concern over press freedom in Australia.

Police announced earlier this year that charges against Smethurst would not go ahead.

In her case, a brief of evidence was not forwarded to prosecutors.